Autumn-2021 began with a rather significant and expected event for Central Asian grain and oil markets – the international conference Asia Grains&Oils Conference in Tashkent 2021.

September 8-9 were saturated not only with a "flurry" of information, but also with long-awaited meetings of partners and friends, new acquaintances and the most pleasant emotions.

What is the significance of the Asia Grains&Oils Conference in Tashkent 2021?
Support is the best commitment!

It is also important to name the companies and organizations that supported Asia Grains&Oils Conference in Tashkent 2021. 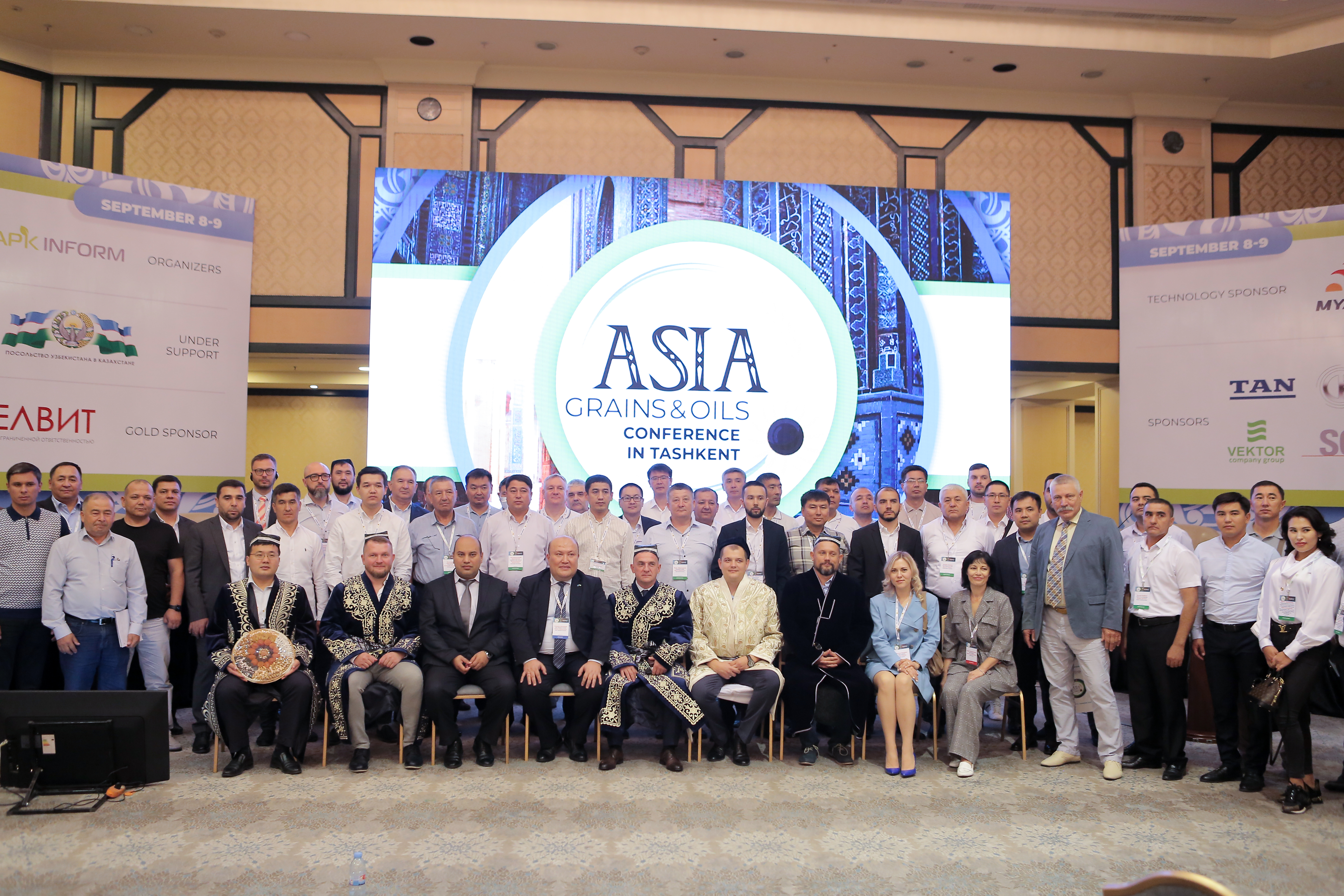 About grain market of Central Asia

Deputy Head of the Department of Grains and Oilseeds of the Ministry of Agriculture, Abdullo Mansurov spoke about the grain industry of Uzbekistan, particularly, the main trends in the development of grain production and processing. According to him, active work on selection and seed production is underway in the republic.

“Grain yield was improved with the help of the government's policy to achieve grain independence via the use of the proper varieties, improvement of cultivation technological processes and seeds quality. So, over the past 30 years, the area under ​​grain has been increased 4.6 times up to 1.33 mln ha and the yield has been up 2.9 times to 6.4 t/ha”, - A. Mansurov specified.

“Uzbekistan is one of the few countries where there is a state order for wheat production, under which farmers are forced to sell wheat to the state at prices below market prices. Today, a system of distribution of crops grants designing of 1.4 mln ha of the arable land for wheat cultivation (overall arable land is 3.7 mln ha). Until recently, prices for bread, flour and wheat used to be fixed by the state, and they were significantly lower than market prices”, - the expert noted.

In Kazakhstan, the leading wheat producer and exporter in the region, the lack of rains and dry weather affected wheat crop. The harvesting campaign was started in mid-August and was completed by the end of September.

“Lower wheat crop in importing countries of Central Asia, particularly Uzbekistan, will result in higher demand for Kazakh grain in 2021/22 MY. Therefore, the export of Kazakh wheat can amount to average level”, - E. Conte summarized.

“SGS Kazakhstan has already started testing new-crop grain and has already examined more than 30 samples of wheat and barley. Generally, we expect quite good quality of Kazakh wheat despite the low yield”, - she said.

The expert noticed that Kazakh wheat has high protein content. It was about 15% in the samples of wheat of the harvest-2020 that exceeded slightly the result of 2019.

“Besides, gluten content of soft wheat of the harvest-2020 was high - about 31%. It is quite high result. The absence of rains during harvesting campaign resulted in high falling number of 293 s. Grain impurity was at 3%, foreign impurity - about 1.5%. It indicates high quality of Kazakh wheat that let Kazakhstan to keep its position on the grain export market”, - S. Orazova explained.

The expert forecasts the average yield of grains at 2.5 t/ha and the crop at 119 mln tonnes in Russia in 2021.

“Wheat is a core of Russian grain production. We estimate wheat crop at 75 mln tonnes. Barley production is already known - 18.2 mln tonnes. The situation for corn is under the question. Initially, corn crop was forecast at 15 mln tonnes. However, we see now that we have to reduce this figure to at least 14 mln tonnes. But, if the weather is unfavorable, another reduction can be possible”, - V. Petrichenko specified.

About fat and oil industry in Central Asia

“Ministry of Agriculture of Uzbekistan and Association of fat & oil enterprises of Uzbekistan “Uzyogmoysanoat” are actively developing the diversification of planting areas in the country in favor of oilseeds – soybean, safflower, etc. – to provide the fat&oils enterprises with sufficient volume of the raw materials, which are not enough to fill the capacities of plants” – explained the expert.

“Reforms undertaken in Uzbekistan support the enterprisers of fat and oils industry and its development. We also expect the growth of the investments to this market segment from 42 mln USD in 2021 up to 50 mln USD by 2024 which will inevitably lead to improvement of the technological provision of the enterprises”, – noted O. Zufarov.

Speaking of the processing of sunflower seeds and cotton seeds in Uzbekistan, Kamar Serkaev, deputy chairman of the board, Association of fat & oil enterprises of Uzbekistan “Uzyogmoysanoat”, Doctor of Engineering, noted that farms increase the production of the oilseeds due to widening of the areas under soybeans and sunflower seeds.

He also noted that it was decided to actively increase areas under these oilseeds in Uzbekistan and it is expected that by 2026 soybean planting areas can reach 166 thsd ha and sunflower seed areas – 130 tha ha. “This in turn will help to increase the production of the oilseeds in the country – to 290 thsd tonnes of soybeans by 2026 and 230 thsd tonnes of sunflower seed”, – said the K. Serkaev.

“The restrictions are temporary and will be in force by February 28 of 2022. Also, quantity restriction has been introduced for export of Kazakh sunflower oil and seed starting September 6 and to February 1 of 2022”, – said Y. Ibragimov. 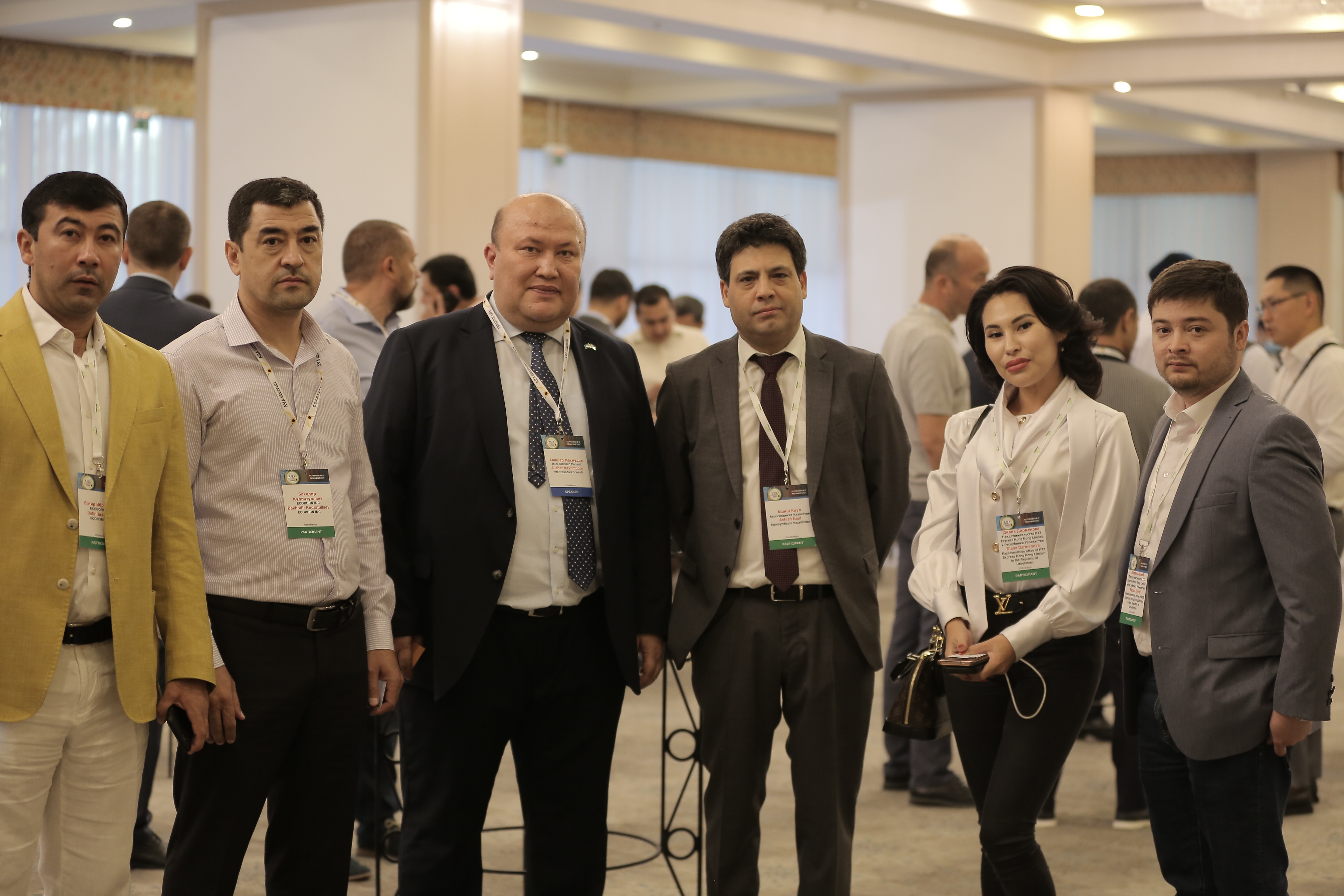 About oil-related industries on Uzbekistan

Uzbekistan exports confectionery to more than 20 countries of the world

Uzbekistan needs specialized confectionery fats, the import of which is constantly increasing: from around 30-35 thsd tonnes in 2020 to 80 thsd tonnes this year. “Thus, I urge our producers of fat and oils to pay attention to this area and start producing specialized fats for the confectionery industry”, – said M. Umarov.

“Uzbekistan farmers gradually increase the livestock volumes and this sector has great prospects for further development, but we need to work on strengthening the fodder base”, – said N. Amambayeva.

About logistics in Central Asia

Representatives of the largest companies in Russia and Kazakhstan - JSC Russian Railways Logistics, JSC KTZ Express and Astyk Trans were invited to discuss the development of logistics infrastructure in the Central Asian region, new transport corridors and current logistics.

“Despite the current situation in the world due to the coronavirus pandemic, in 2021 there was an increase in container traffic through the territory of Kazakhstan in all directions. For 8 months of this year 32% more cargo was transported compared to same period last year. In particular, on the promising China - Central Asia route, the volume of traffic during the reporting period increased by 18% - to more than 155 thsdTEUs. In general, Kazakhstan has a unique geographical position - land and sea borders with seven states. Our company is constantly working to increase the volume of traffic on all routes through the territory of the Republic of Kazakhstan”, - emphasized the Deputy General Director of JSC "KTZ Express" Aybek Kapar.

To develop using the experience of success

However, Ukraine had to go through a difficult and long way to take a leading position in the world market and currently there are more than 120 processing plants with a capacity of 24 mln tonnes, and the revenue from the export of sunflower oil exceeded 5.7 bln USD.

The head of the VEKTOR Company Group holding Alexander Alexandrov told in more detail how and with the help of what technological solutions Ukrainian oil-extracting and processing plants managed to achieve such high results. He invited representatives of the fat-and-oil industry of Uzbekistan to Ukraine, assuring that Ukrainian equipment manufacturers are ready to share their experience and proven technologies, and also expressed hope for productive cooperation in the future.

Director of the Kharkov boiler-building enterprise "Kotloenergoproekt" Vladimir Lifshits gave more details about the company's decisions regarding energy issues that relate to the oil and fat industry.

The founder of Bentonite Alim Dzhandzhumaev spoke about the company's new product - Uz Clay bleaching clay and its localization in the territory of Uzbekistan. 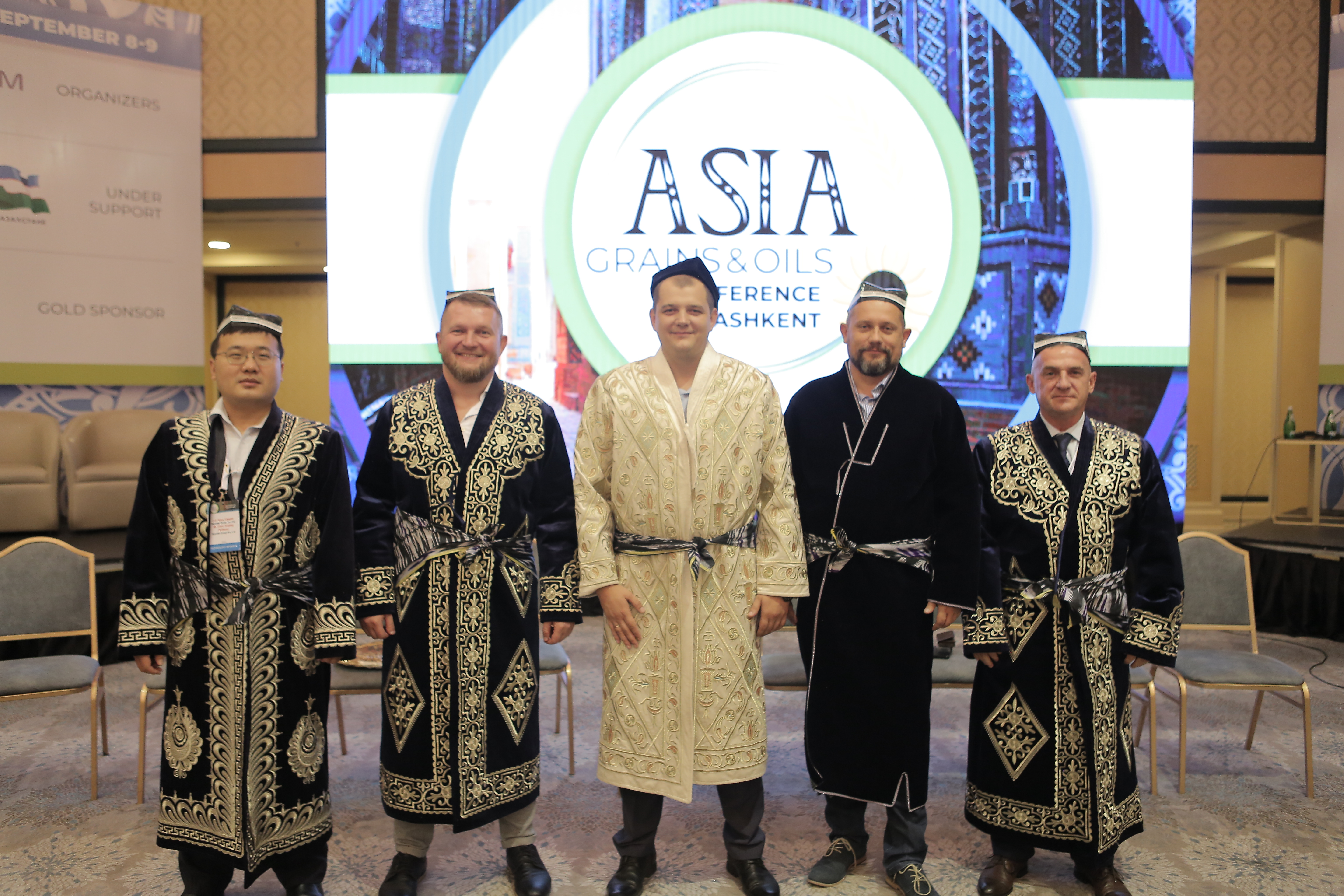 Some emotion and team building

The delegates of the Asia Grains & Oils Conference in Tashkent 2021 were provided with a lot of opportunities for communication, both formal and informal. In the given mood after the active informational first day of the conference, there was a gala dinner, where a truly fabulous atmosphere reigned in a restaurant with a national Uzbek flavor.

The sports team building was an unforgettable end of the conference, during which a bowling tournament was held. It should be noted that Alisher Makhmudov was the main organizer and judge.

On behalf of the organizers of Asia Grains & Oils Conference in Tashkent 2021 - APK-Inform news agency, the Uzbek company INTER STANDART CONSULT and AsiaBusinessConsulting (Kazakhstan), we thank all the participants, speakers and sponsors for their support and trust!

Of course, we cannot stop at the achieved results and, by popular request, we announce the second round of the Central Asian event, which will take place on November 17-18, 2021 in Nur-Sultan. 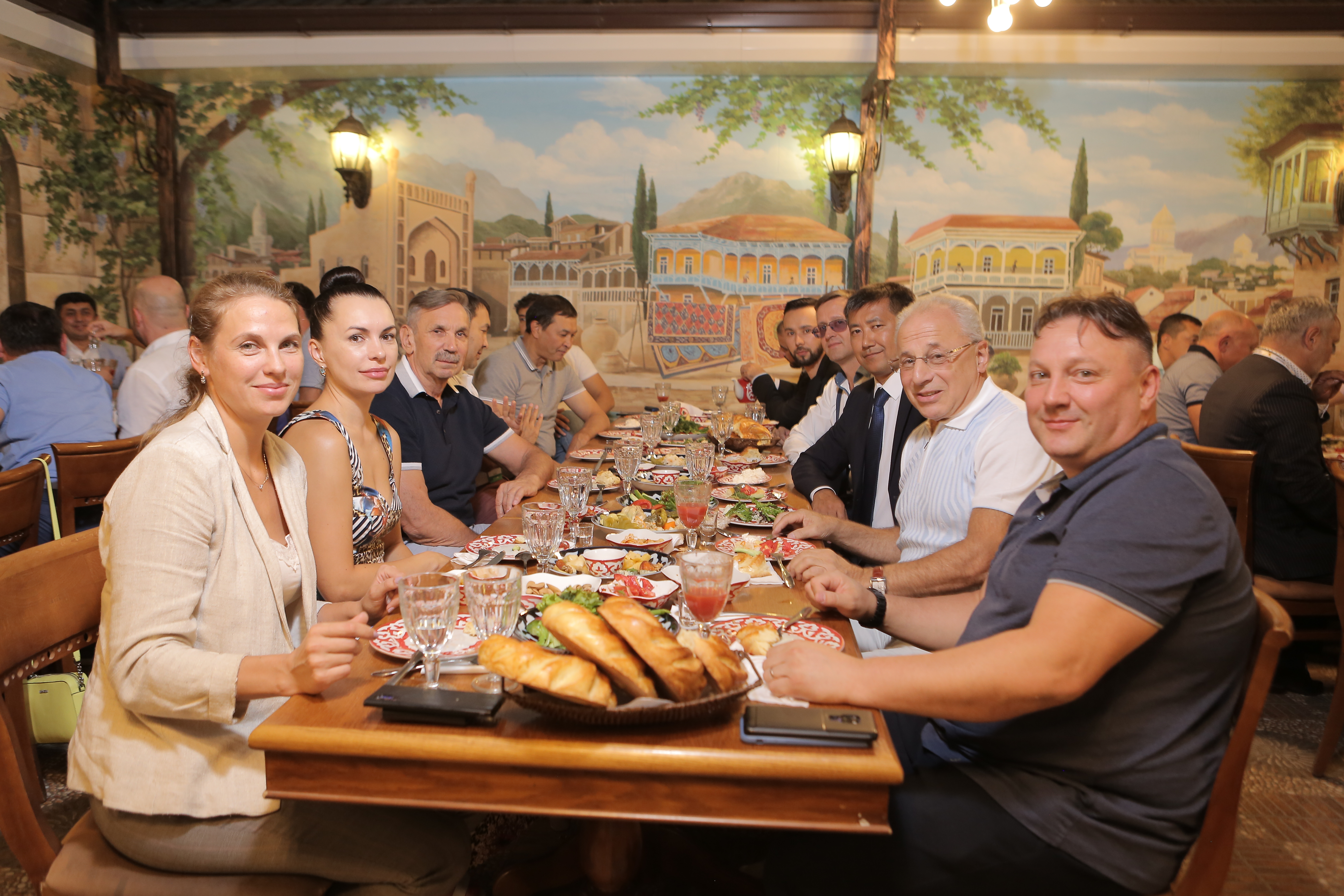 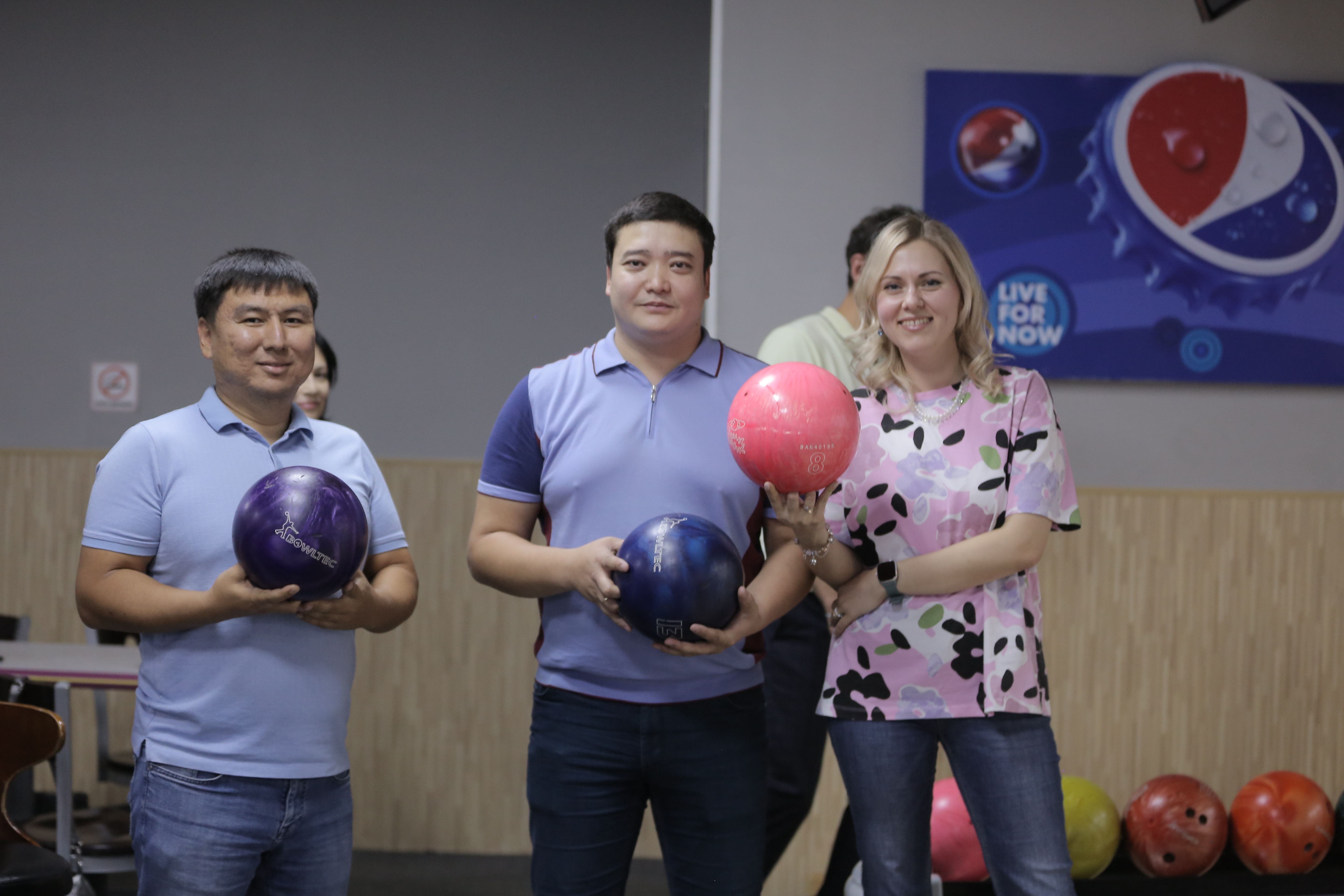 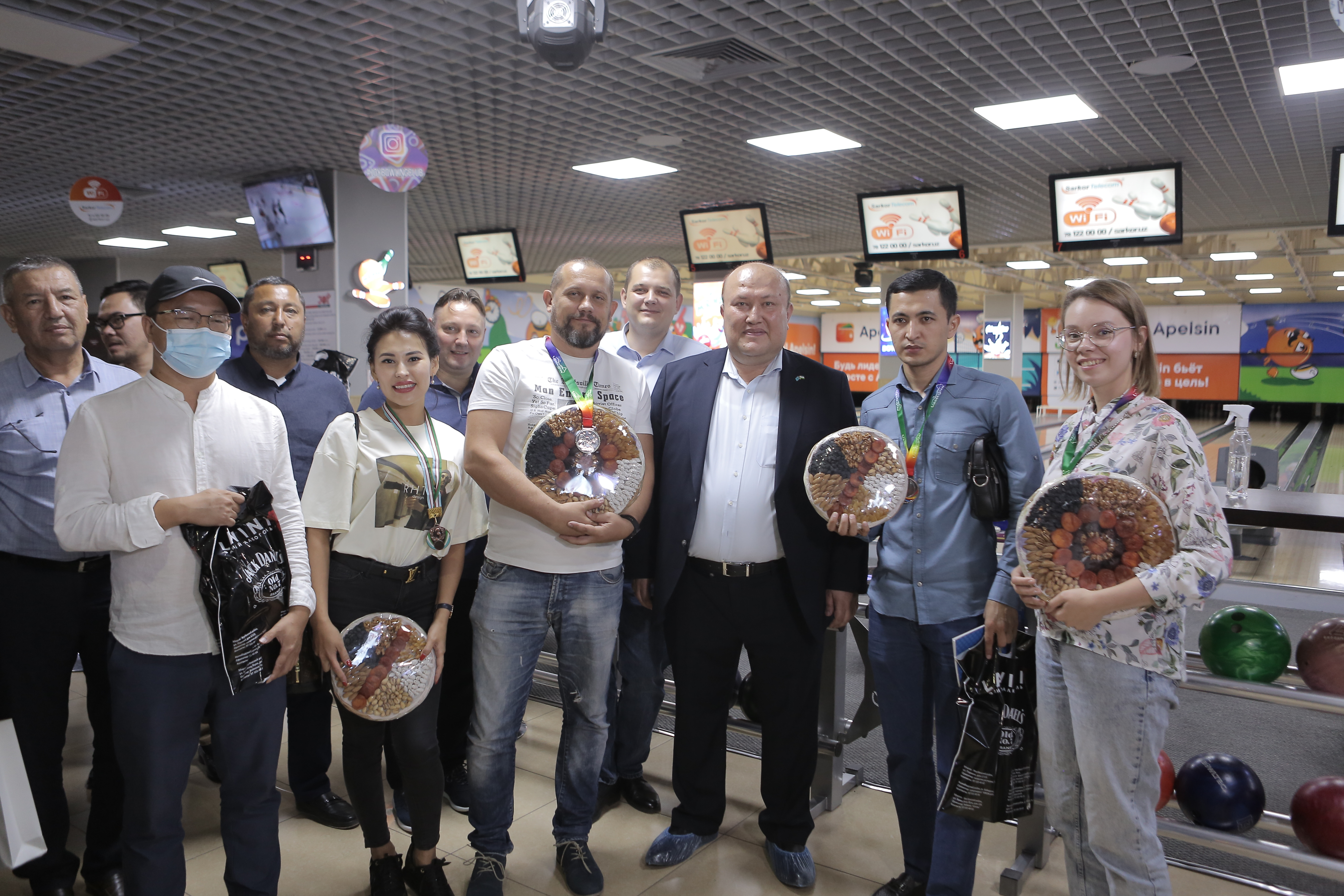 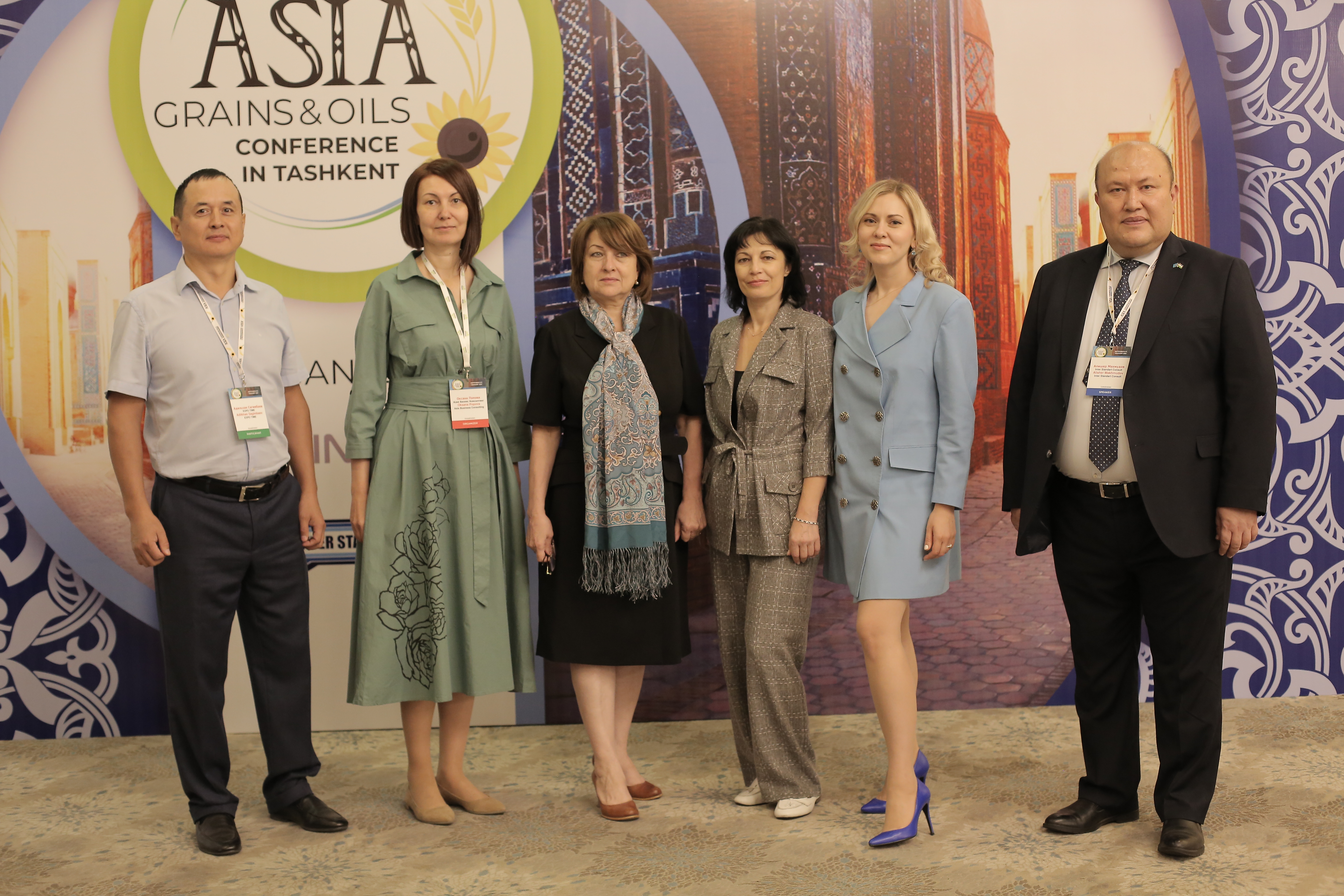 We invite everyone to the equally large-scale agro-industrial conference "Asia Grains & Oils Conference in Qazaqstan".