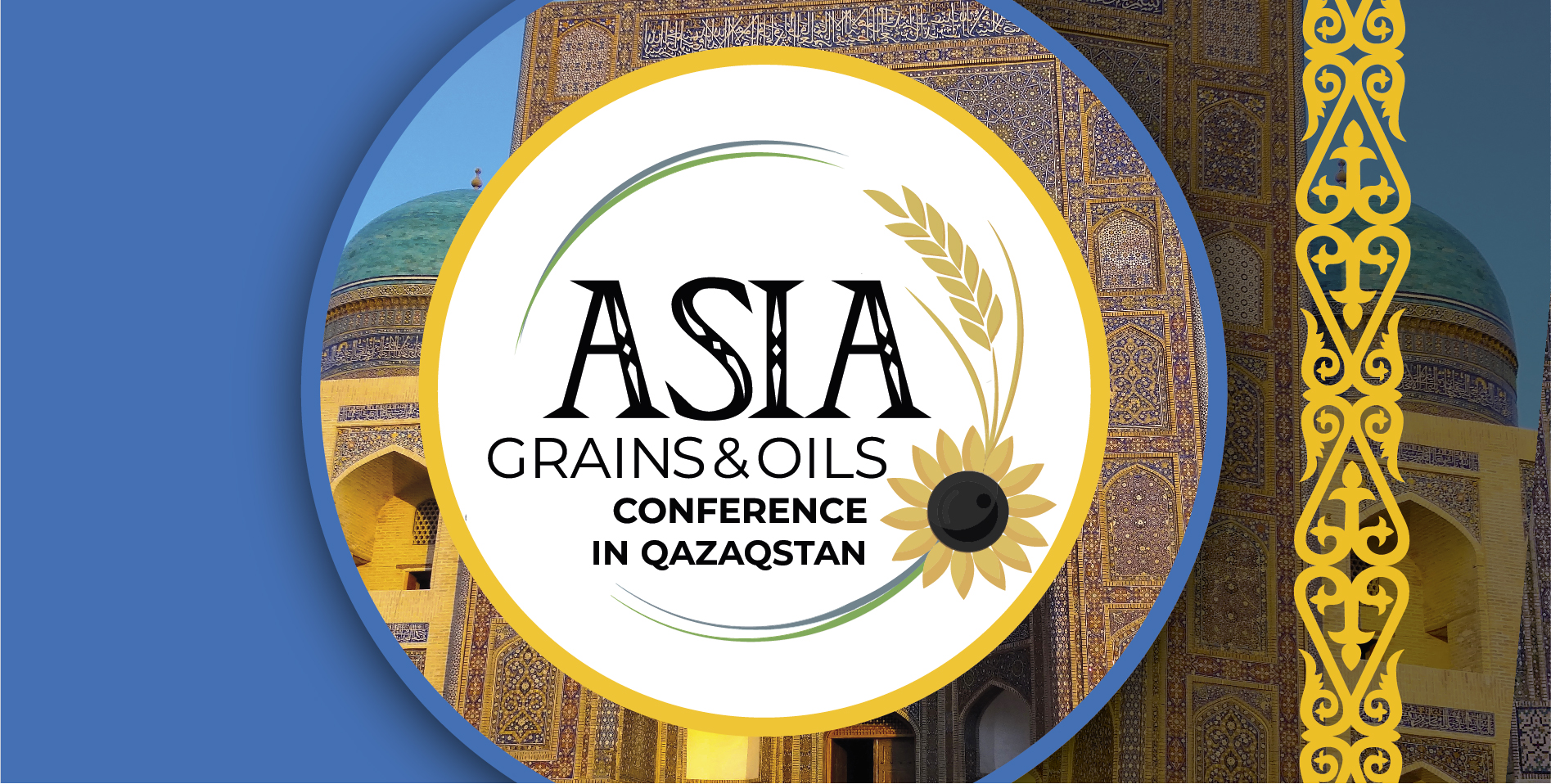 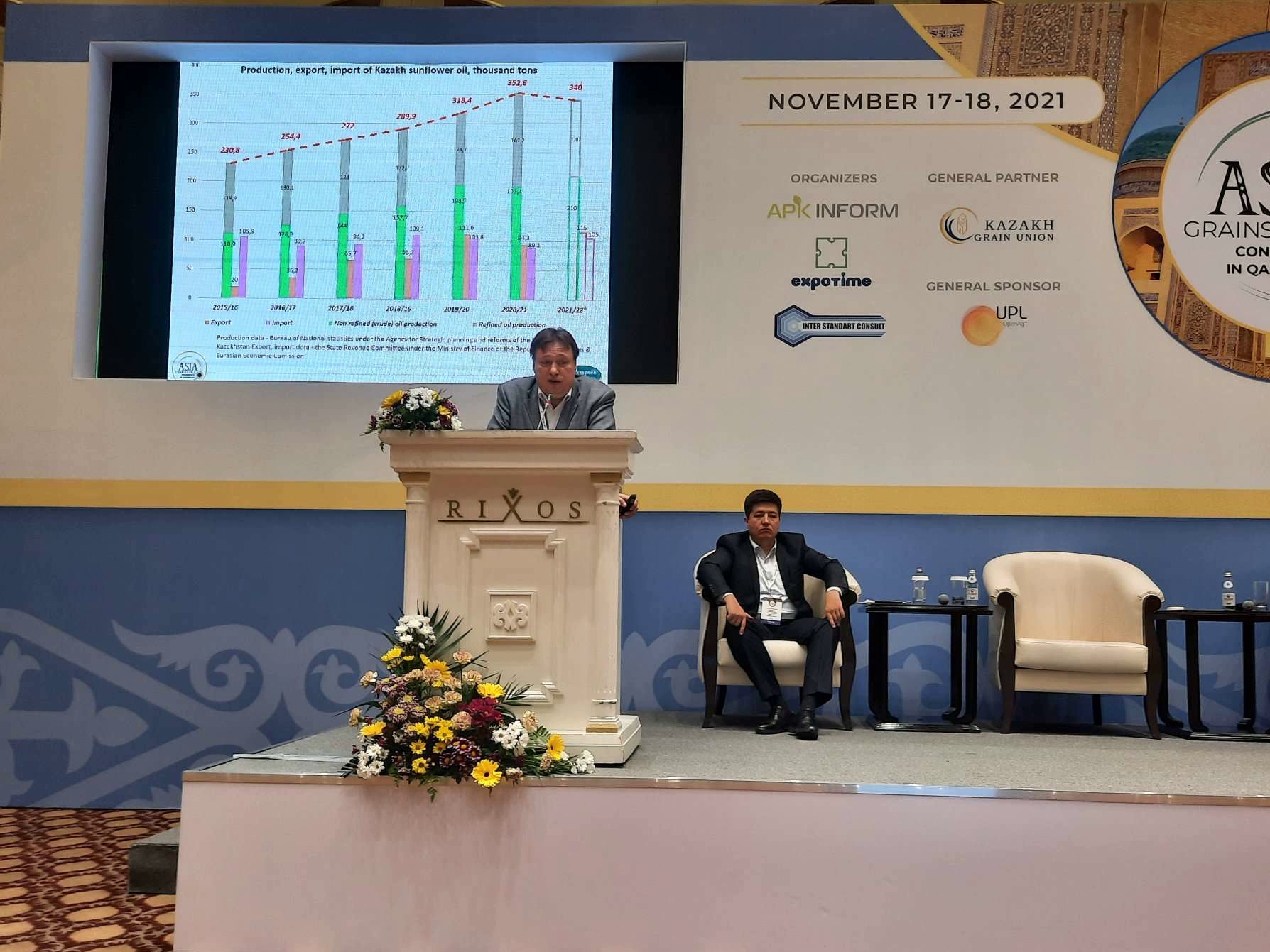 In 2021, Kazakh farmers failed to harvest more than 200 thsd ha planted with flaxseed due to unfavorable dry weather and significant pest invasion, said Evgeny Karabanov, Founder of Severnoe Zerno Group of Companies, Expert of the Kazakh Grain Union within Asia Grains&Oils Conference in Qazaqstan organized by APK-Inform on November 17-18.

“Kazakhstan planted 1.26 mln ha with flaxseed this year that was the second largest area on record after the maximal area sown last season (1.343 mln ha). However, the harvested area was smaller on strong drought and untypically massive pest invasion. Part of the planted area was lost and it was counter-productive to harvest these areas (more than 200 thsd ha)”, – he said. 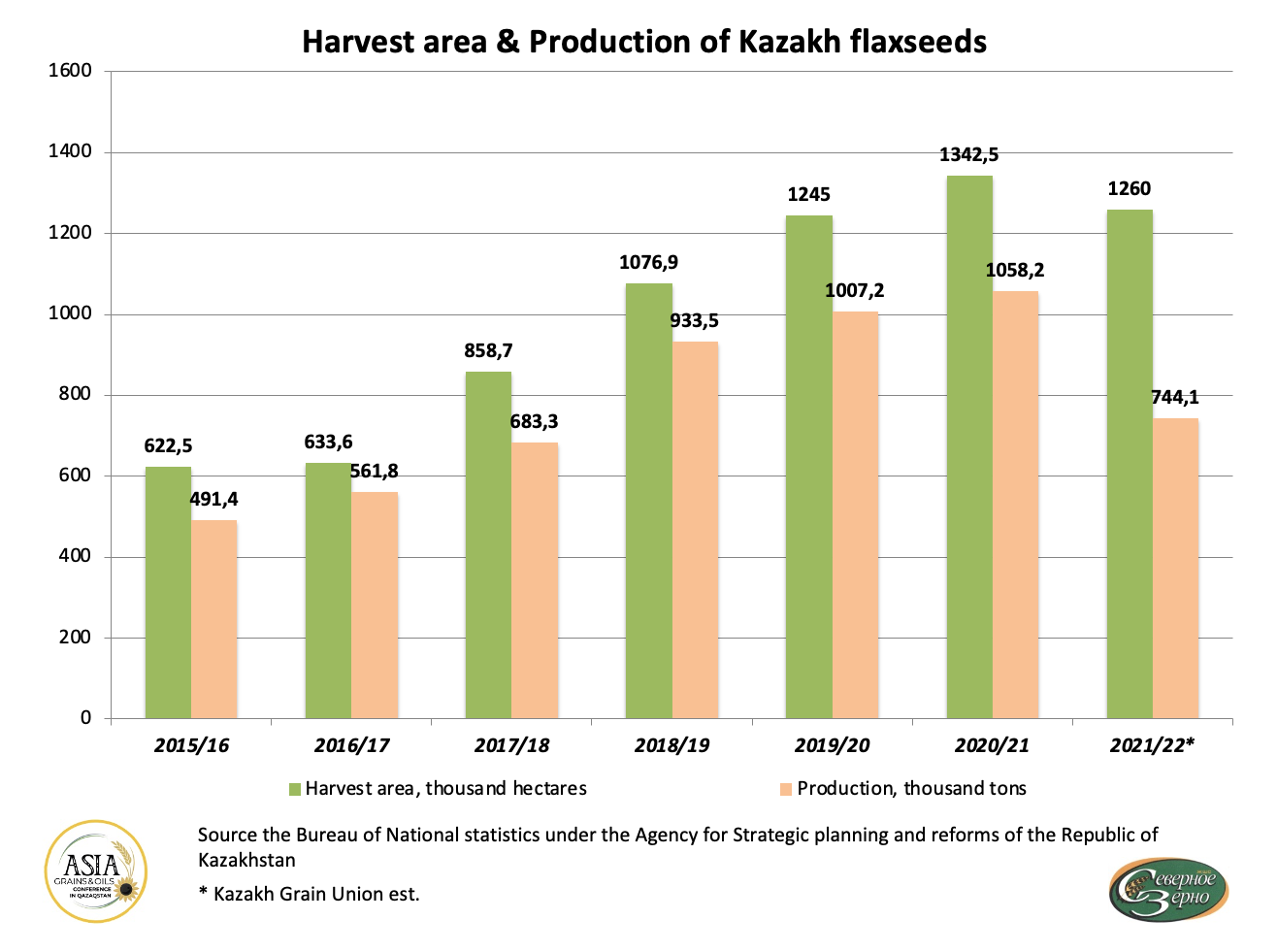 “The peak of export was observed in 2018/19 MY (496 thsd tonnes) and 2019/20 MY (484 thsd tonnes). Last season, despite the record production, the export declined due to the situation on Chinese boarder. Rail cars with flaxseed were staying at the boarder for 5-6 months. Many exporters were forced to return their rail cars and re-sell to other market”, – explained E. Karabanov. 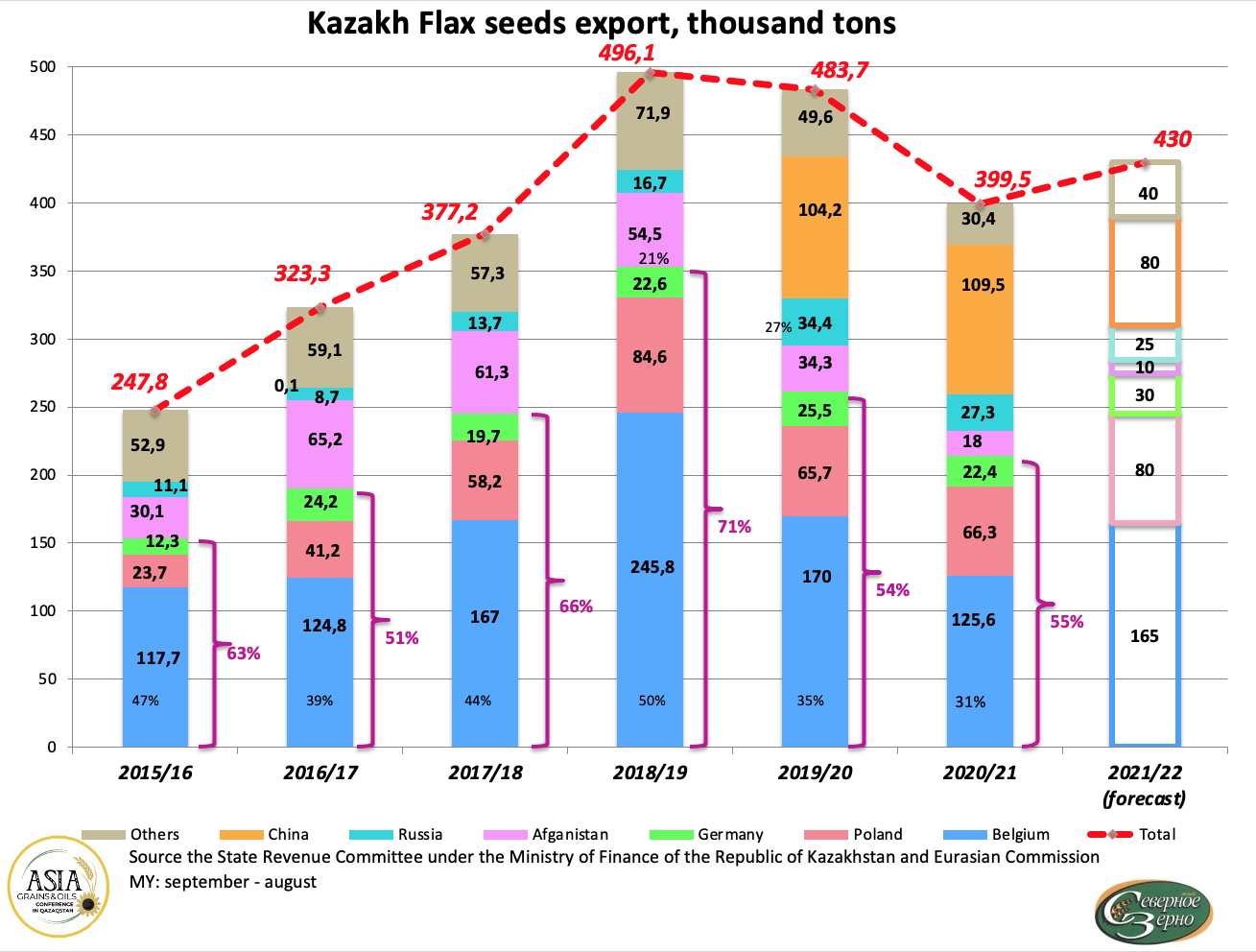