In 2019/20 MY, India to increase its import demand for sunflower oil — APK-Inform 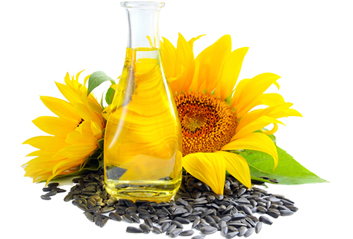 According to APK-Inform analysts, the largest country-importer of vegetable oils in the world — India — plans to switch some part of its import demand from soybean oil towards sunflower oil. The large-scale harvest of sunflower seed in the Black Sea region in 2019, and the recent price rally in the market segment of soybean oil, which led to some reduction of the price spread between the reporting oils, became the major reasons for such development.

In particular, since late August 2019 the bid prices of sunflower oil reduced by more than 30 USD/t — to the 4-month minimum level of 685 USD/t FOB-Ukraine (September 27), under pressure of the second largest oilseed harvest results in the region.

In terms of the significant volatility in prices of palm and soybean oils, the large-scale supply of sunflower oil at rather attractive prices, and even with the discount for soybean oil, will contribute to increasing of the consumer demand, reported a representative of the Indian company.

According to APK-Inform figures, in 2018/19 MY (September-August) Ukraine supplied 2.15 mln tonnes of sunflower oil to India, down 12% compared with the previous season. It should be noted that for several recent months of the season, Indian importers faced the deficit of supply of the Ukrainian products at favourable price, as a result they actively contracted Argentinian and Russian sunflower oil. In particular, in June-August of 2019 Russia exported the historically maximum volumes of sunflower oil to India — nearly 60 thsd tonnes in total. APK-Inform analysts expect for the increased competition rates between Ukraine and Russia for the Indian market in 2019/20 MY, and the growth of the share of Russian sunflower oil.

Within frames of the conference, the former President of the Solvent Extractors Association of India (SEA) and the Central Organization for Oil Industry & Trade (COOIT), the current CEO at Sunvin Group, Sandeep Bajoria will make a report on the Indian market of vegetable oils, in particular sunflower oil. Also, he is the Chairman of All India Cottonseed Crushers Association (AICOSCA), Chairman of the Organizing Committee of Globoil India, and Chairman of the IASC World Congress 2005, Organizing Committee. S.Bajoria was appointed by the Government of India on the National Oilseeds & Vegetable Oil Development Board, Cotton Advisory Board & Various Govt. Committees. He is also a regular speaker on various news channels like CNBC, ET NOW, Zee Business etc. And he is quoted extensively by Reuters, Bloomberg, etc. all over the world. His statements are regularly carried by such important newspapers as Economic Times, Financial Express, Hindu Business Line, etc.

As a reminder, within frames of the eighteenth international conference "Fat-and-Oil Industry – 2019", to be held in Kyiv (Hilton Kyiv), on October 30, 2019, the leading players of the oilseed industry of Ukraine and the world will discuss the current situation on the Ukrainian export market of oilseeds and the prospects of its development.