In 2019/20 MY, Ukraine can produce the record volumes of sunflower oil — Ukroliyaprom 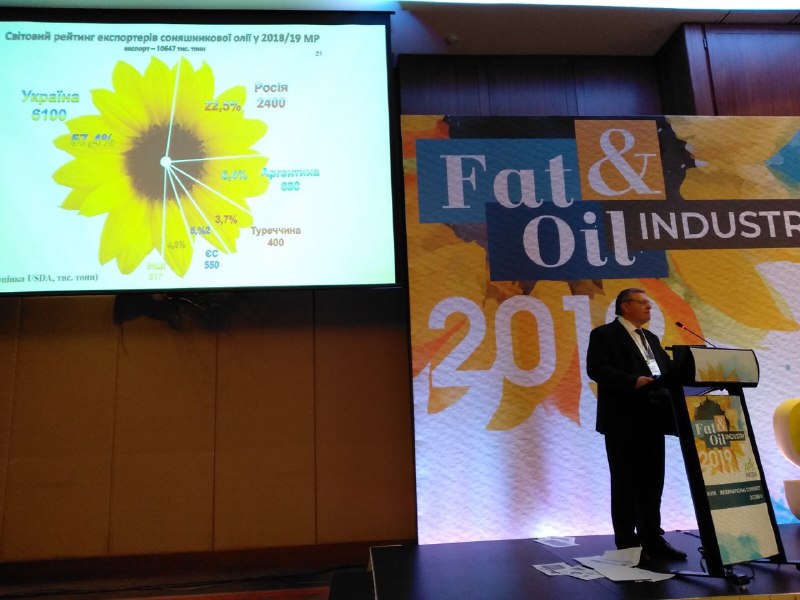 In 2019/20 MY, Ukraine can produce the record volumes of sunflower oil for 20 recent years — 6.5 mln tonnes, declared the General Director at the association Ukroliyaprom, Stepan Kapshuk, during his report within frames of the international conference "Fat-and-Oil Industry - 2019" in Kyiv, on October 30.

Since 1998, Ukraine already launched 60 new enterprises, including 40 large-capacity enterprises, 16 terminals for transshipment of vegetable oils. Thus, the fat-and-oil industry attracted more than 3 bln USD of investments. Oilseed processing capacities in Ukraine increased from 2.5 mln tonnes in 1998, to 22.5 mln tonnes in early 2018, or up 8.8 times, stressed the expert.

As of the growth rates of Ukrainian sunflower oil exports, S.Kapshuk noted that in the current season the figures may increase to more than 6 mln tonnes.

You can become acquainted with the key points of "Fat-and-Oil Industry - 2019" from the conference news line on our website.