In the season-2018/19, China remained one of the main importers of Kazakh vegetable oils

In 2018/19 MY, the People's Republic of China remained one of the largest countries-importers of vegetable oils from Kazakhstan, and even significantly increased the purchases of some types of products.

Last season, China purchased the whole volumes of flaxseed oil supplied from Kazakhstan — 31 thsd tonnes, up almost 1.5 times compared with the same figures in 2017/18 MY.

In addition, Kazakhstan shipped almost all rapeseed oil (93% of the general exports) to China — 45 thsd tonnes, up 2.4 times compared with the volumes purchased by China in the season-2017/18.

Also, China remained the leader among countries-importers of Kazakh sunflower oil, with the share of 36%, despite the fact that the purchases reduced by 8%, compared with the previous season. Thus, Kazakhstan shipped 25 thsd tonnes of the product to China. It should be noted that Uzbekistan compensated the reporting decrease of supplies in the destination, which imported 23 thsd tonnes of sunflower oil from Kazakhstan (up 38% compared with the figures of 2017/18 MY).

At the same time, China significantly reduced the purchases in the soybean oil segment (down 24%). The imported volumes totaled 1.6 thsd tonnes only, which allowed to China to keep the second position with the share of 14% after Uzbekistan (10 thsd tonnes), in the rating of the main importers of the Kazakh product. 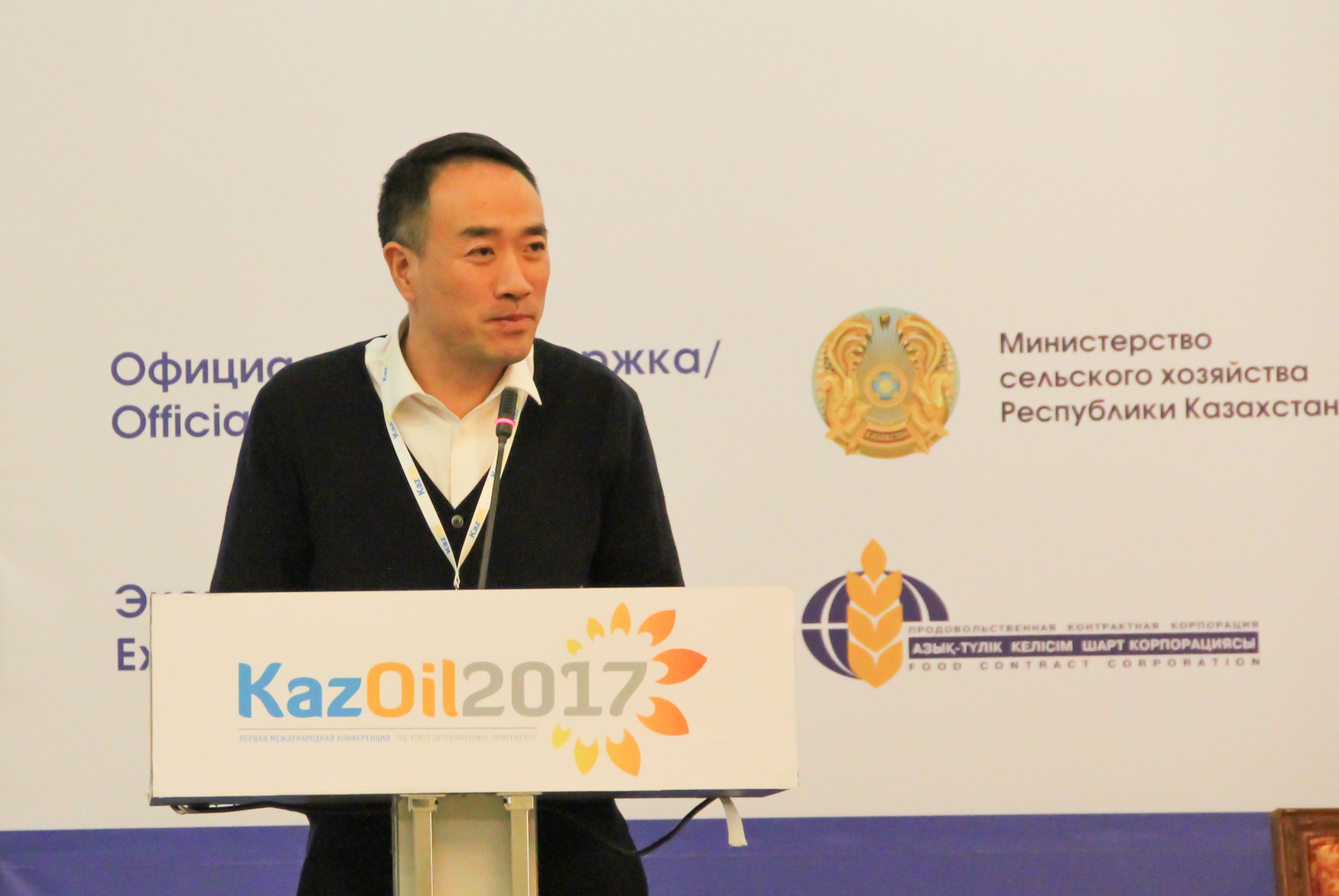 Whether China will remain the main sales market of vegetable oils for Kazakhstan, and what do Chinese experts of the oilseed industry expect from the new season, will become the major topics of the report of the CEO of Yihai Kerry (Shanghai) International Trading Co. Ltd. Fang Gang, within frames of the III international conference "KazOil 2019", to be held in Nur-Sultan (Kazakhstan), on November 5.

Homepage | Conferences | KazOil 2019 | In the season-2018/19, China remained one of the main importers of Kazakh vegetable oils
See also