China purchased more than half of flaxseed oil from Kazakhstan — expert 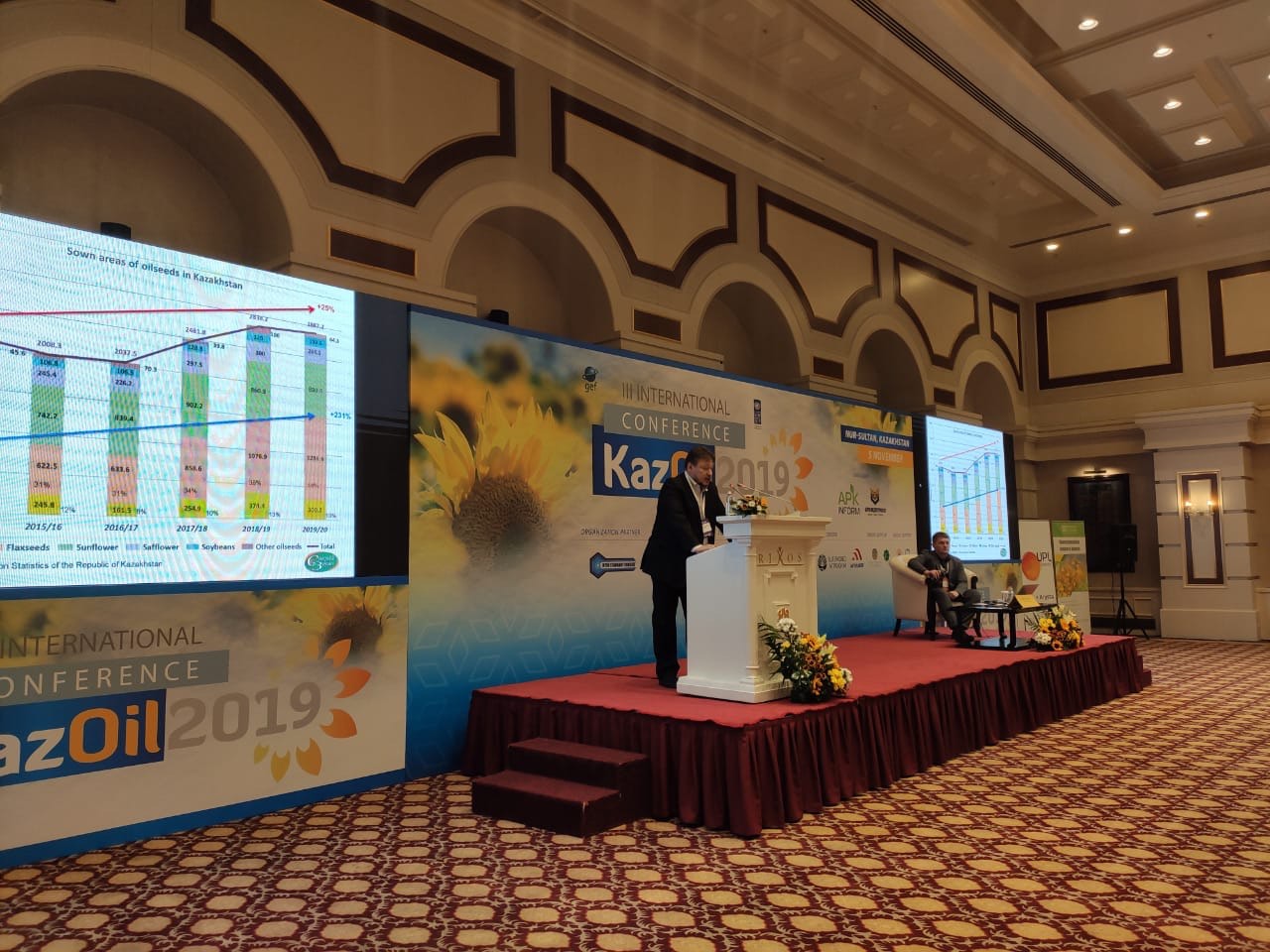 In the season-2018/19, China imported 55.8 thsd tonnes of flaxseed oil, an increase of 2.3 times compared with the same figures in 2014/15 MY. At the same time, China purchased 55% of the product supplies from Kazakhstan, reported the Founder of the group of companies Severnoe Zerno LLC, Expert of the Kazakh Grain Union, Evgeny Karabanov, during his report within frames of the III international conference "KazOil 2019" in Nur-Sultan, on November 5.

In 2018/19 MY, Kazakhstan shipped almost all produced volumes of flaxseed oil to China — more than 30 thsd tonnes. At the same time, in 2014/15 MY the volumes varied at the level of 1 thsd tonnes, E.Karabanov said.

According to the speaker, in the reporting period the production of flaxseed in Kazakhstan steadily increased from 556 thsd tonnes, to 934 thsd tonnes, due to the growth of the planted areas.

Despite the fact that in 2019, the planted areas under flaxseed increased by 19%, its production will become lower by 10% compared with the last year figures, due to the adverse weather conditions in the period of the crop vegetation. At the same time, Kazakhstan plans to increase the export shipments to a new maximum level — nearly 540 thsd tonnes. As a reminder, last season Kazakhstan became the global leader in the exports of flaxseed, and shipped more than 480 thsd tonnes of the oilseed on foreign markets, he added.

You can become acquainted with the key points of "KazOil 2019" from the conference news line on our website.