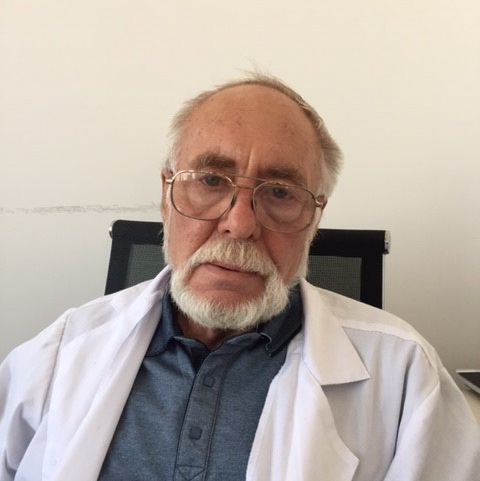 In 2019, the ripening and the harvesting of the grains in Kazakhstan faced rather difficult weather conditions. Such situation first of all affected the volumes — gross domestic production of grains declined by nearly3 mln tonnes compared to last season. And apart from the volumes, the quality plays one of the key roles. So, we asked about these parameters the Head of Laboratory of Ltd SGS Kazakhstan, Oleg Fursov.

— Oleg Vladimirovich, in the beginning of our conversation, please specify some common parameters, characteristics of the Kazakh harvest in 2019.

Generally, according to the official statistics, by the end of October 2019 Kazakhstan harvested more than 99% of grains, e. g. more than 19 mln tonnes (20% less than in 2018). The average yield totaled 1.28 t/ha, which is also lower compared to last year. Herewith, nearly 50% of soft wheat were received as 3-grade, whereas 3-grade hard wheat volumes totaled nearly 12.8%.

— And such characteristics were due to the weather mainly.

Of course, the conditions of ripening of the grains this year can be described as uncertain. The summer and the beginning of autumn (till mid-October) were rather dry, and later the weather changed to rains. The weather conditions influenced both the quality and quantity of the grains. In particular, in some regions, for example in Kostanay oblast, the summer draught led to the crop failure.

We should emphasize that the grain harvested before rains had rather high protein content and gluten, but the natural weight was low. For example, in Akmola oblast (Barankul) when testing the grain according to the quality map the soft wheat kernels had up to 20% of protein content dry basis, and the natural weight did not exceed 750 g/l. The multi-year researches specified the dependence of the forming seed beetles’ metabolism targeting on the ripening conditions. The dry and hot weather stimulates the accumulation of the protein, whereas wet climate relocates the metabolic processes towards starch synthesis. Thus, wheat harvested in the first half of September had low starch content and respectively rather low natural weight (up to 750 g/l).

Multiple studies and milling industry work experience found that the higher weight the heavier kernel, which means that it has more endosperm and less glume, which in the end determine the receiving of higher volumes of flour and less bran. It is found that when the weight lowers per each gram the volume of the flour received declines by 0.05% at the expense of bran. Nationwide this leads to significant losses of flour.

We should also note that the main buyers of soft wheat from Kazakhstan (China, European countries), which know this dependency, always set high requirements to the natural weight (not less than 77.0-78.0 kg/hl), which brings some troubles for the export of grains of 2019 harvest.

— How severe is the problem of the fungus contamination of grains this year?

The second half of September of 2019, in Kazakhstan was characterized by the higher atmospheric humidity, which rather negatively affected the quality of the grain on fields. We could witness the pre-harvest germination, in other words the excessive moisture in kernels there stimulated the processes of synthesis of the alpha-amylase enzyme, spindling and as a consequence the lowering of the falling number to the minimum (< 150 sec). This also led to the distribution of fungus diseases, including Alternaria leaf mold (Alternaria alternata) which is critical for hard wheat (Triticum durum), causes change of seed bud color and appears on the seed beetles in a form of dots. The dark dots on the surface are the phenolic compound, which is synthesized by the seed beetle in order to protect from the fungi. The existence of the dot kernels is critical for the cereals, used for breakfast, and for hard wheat, as the hard wheat flour (semolina) is used for production of macaroni. The batches of hard wheat that we exported had up to 2.0% of dot kernels (the limit is 3.5% according to EU 2016/1238). It should be noted that the kernel in the ear condition to the high moisture can be infected by other types of fungous disease — including fusarium (Fusarium ssp), Aspergillus, Helminthosporium ssp, etc. Thus, while exporting the grain, the great attention is focused on the definition of the amount of aflatoxins and mycotoxins, as the requirements are very strict of both EU Regulations and GB/T, ISIRI standards of China and Iran.

Looking back at such parameter as “falling number” we should emphasize that the amount of wheat with lowest falling number totaling 61 sec increases. The reason can be the fact that the falling number is controlled by the alpha-amilase enzyme, the amount of which can increase in harvested, stored, transported grain condition to positive environment temperature (10°С and higher). The lowering of the falling number in soft wheat to 150 sec and lower leads to its disqualification for baking (technical use only), the hard wheat (apart from milling of semolina) can be used for production of  bulgur grid (Turkey, Iran, UAE, others).

— How would You characterize in general other quality parameters of Kazakh wheat in 2019?

Despite the climate pattern in 2019 that impacted the quantity and quality of wheat, we should note that the average amount of protein in kernels stays unchanged for the last 10 years and totals 14.2% dry weight. According to our tests in terms of the quality map, we can note rather high average amount of:

The results of other parameters as given:

Herewith, as I have already said, the limiting parameters for the grain of 2019-harvest (soft and hard wheat) are natural wright and falling number, which create certain problems for dispatchers of grain and certified companies.

— How in Your opinion received parameters will effect the Kazakh grain position on the global market?

Hard wheat (Tr. durum) is delivered first of all to the European countries (Turkey, Italy, Finland), where the goods produced from this wheat are very popular. The requirement to the imported grain are the highest – the protein content must be up to 15%, gluten — more than 28% (machine cleaning), the soft wheat impurity up to 13%, yellowness index that correlates with the beta carotene content more than 20 units.

Thus, the demand on Kazakh grains constantly grows, and the number of importers increases. And despite the annual weather patterns our grains preserve high protein and gluten content and can be an improver for wheat of other countries.