Record exports vs. trade barriers, or How to survive as a trader? 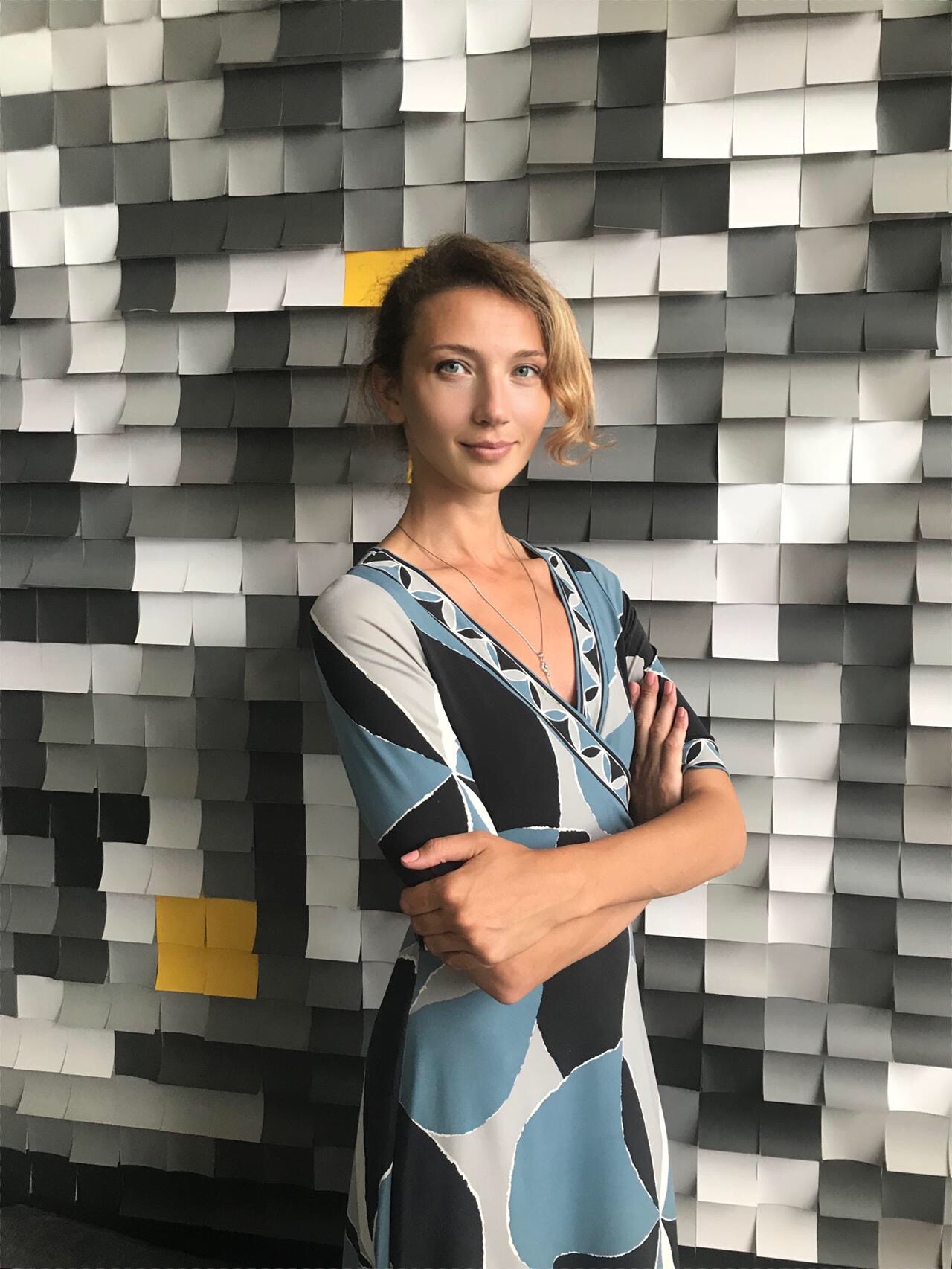 In the current year, Ukraine is more than ever close to harvest 100 mln tonnes of agriproducts, and the FH of 2019/20 MY is characterized by the record exports, which demonstrated the high demand on the Ukrainian products on the global market. Herewith, trading is risky, the market is saturated with the impact factors, thus the forecasts of the price dynamics and the consumption volumes become more and more abstract… Moreover, nobody canceled trade barriers yet.

How a common trader to handle such data flow and what to pay attention to? These and more APK-Inform Agency asked the Business Development Manager at Maxigrain S.A., Elena Neroba.

— Due to the record production of wheat, barley and sunflower seed and the second to record harvest of corn in Ukraine, the market is functioning in the regime “high harvest – low prices”. Can we be actually proud of the record export volumes in such terms?

In 2019/20 MY, Ukraine harvested more than 28 mln tonnes of wheat, more than 14.5 mln tonnes of sunflower seed and more than 9 mln tonnes of barley. The production of barley is at the highest level since 2010/11 MY: there was more only in 2016/17 MY — nearly 10 mln tonnes. This result was stipulated by the high prices on barley on the global market for the last 3 seasons because of the world supply and demand balance decline. Since the increasing of the barley supply in 2012/13 MY it started to decrease from 2016/17 MY and last year it totaled 166 mln tonnes. This year the global barley supply hit the record 180 mln tonnes, herewith, the import volumes increased by 8% only, so the ending stock will increase and there will be no active price rise.

If we speak about wheat, the production of this grain, which exceeded 28 mln tonnes, is a record for Ukraine. Herewith, the harvest contained mainly feed and low-protein wheat. Based on the high supply of high-pro wheat in Russia the market formed a high demand on the Ukrainian grain and today nearly 70% of the export potential, which is 19.5 mln tonnes, has been realized. Recently the market demonstrates the bull trend because apart from the high export from Ukraine and the EU, the production next year in some countries can decline due to the planted areas cut in Ukraine and the US, and because of the poor harvest in Argentina, Australia and China.

Sunflower seed is of high demand, despite the traditional downward price tendency during the harvest, because the processing capacities are unloaded and the demand on sunflower oil is supported by the high prices of palm oil. The record export volumes in such a short time is a prove of the interest of the market in Ukrainian oil, and despite the strengthening of hryvnya it is still the cheapest on the market.

— How these, together with the strengthening of hryvnya influence the marginality of the export of grains and oilseeds, and their products of processing?

Of course, the strong national currency makes the prices of the export goods not very attractive. Condition to the downward prices conjuncture for the realization of the growing volumes of the products makes the Ukrainian producers to reduce the marginality. In the future, the net cost can increase, due to the lunch of the land market. Almost all producers met with losses because of the currency exchange rates and many traders work for the margin, which is 1.5-2 times lower than usual. But today wheat and edible oil have strong fundamental support so in a near term perspective there is a change to recover the margin. Herewith, many companies prefer not to risk and do not sing the contracts for spring/summer or for the new crop.

— Did it stimulate the competitiveness of the Ukrainian agriproducts on the global markets? Or condition to the high global production the traders all over the world work in nearly similar conditions?

To date, the global is so hot-button issues that the price equally reacts on the change in S&D and on the geopolitical changes. The large producing countries can bring pressure upon the buyer by means of the manipulation with the deliveries of other products.

— Since the beginning of 2019/20 MY, the Russian ruble also increased (although not than much), and EUR declined. As a result, in Egypt European wheat strongly competes with the Black Sea wheat. Considering the quality parameters of the grain, how does this interfere with the Ukrainian exporters?

The EUR weakening is a main factor, which allowed France to return to the tenders held by GASC. Due to the inflated expectation of the Russian producer in terms of the premiums for the protein, the structure of the purchases by the Egypt governmental body is out of traditional. The share of the Russian grain declined by nearly 20%, the deliveries of French grain totals 9% and the share of the Ukrainian wheat increased from 6% (last year) to 19% (as of today). The euro-dollar parity is 1.11-1.12 and it cannot breach though these range for the long time, and France is ready to increase the export. Herewith, some traditional markets for France decline the import. Thus, we will face a strong competition on the Egypt market from France. For now, the other Ukrainian buyers stay unchanged: “why pay more”?

— This season, there is an active interest to the purchase of the Ukrainian wheat, corn and barley from Turkey. In Your opinion, what is the reason?

Turkey apart from the domestic consumption also re-exports and the slightly increased demand is because of selling of the grain to Syria, Iran and other countries, which cannot purchase by themselves because of the sanctions. Now Iran has purchased Russian wheat with delivery in December at 212 USD/t FOB and it will resume import after the 3-year leave. The demand is expected to total 3 mln tonnes until March of 2020.

— Taking into account the high competition from Russia on the Turkish market, how promising is it? In general, which markets of distribution should be considered as the most prospective in 2019/20 MY?

In July-November of 2019, Russia has sold nearly 18 mln tonnes of wheat, which is significantly lower year-on-year (20.6 mln tonnes). The 18% export decline was due to the discrepancy between the price expectation of exporters and importers. The key buyers did not need the high protein thus the spread between the feed and milling grains was minimal. Egypt and Turkey remained the leading importers of Russian grain. But, the situation establishing on the Russian market does not look like the fair play. Even though VTB states that it does not intent to trade the grain on an ongoing basis, it still agrees that crude oil is not an internal resource, whereas grain is cultivated annually. Russia tries hard to develop new export markets and the government supports this expansion.

— Taking into account the global conjuncture, which crops can be considered as the most profitable in terms of export this season?

I expect the price rally for wheat, and the can see several factors of support from corn market. This is not soybeans, which cannot be used to feed dead Chinese pigs. Today the proverb “you can postpone a war, but never a lunch” is true for the market of grains this season. The lack of supplies of feed grains and the prices rise for meat stimulated the producers of pork, chicken and beef to increase the production, which also means the increase of the demand on the feed grains.

— Which features of 2019/20 MY would You highlight in terms of grains and oilseeds markets?

It is funny, but 2019 in Chinese calendar is a year of pig. And it is being rather unfortunate year for Asian pigs. Fatal actually. So, either in China and in neighboring Asian countries the pigs will end up, or the ASF will be stopped in a near term. Either way, the need in meat should be satisfied though the external markets today. The Chinese people, of course, will not strike (the have different mentality) but still Beijing must provide the food. The Ukrainian chicken can truly lay the golden eggs for the owners.

— Apart from the logistics, what are the main obstacles have the Ukrainian traders face while exporting the agricultural products?

There was nothing new in Ukrainian logistics — as usual everyone complain, but the export is record. The trade of grain must be rather profitable business, if “Ukrzaliznytsia” decided to invest. At the same time, the large transnational companies probably don’t recognize it and decline the costs. So, we wait until PJSC UkrTransNafta, for example, will start to trade the oil. Apparently, the two state traders are not enough for Ukraine.

— If we speak about the trade berries implemented by one or another country from time to time, what would You specify since the beginning of 2019/20 MY?

For now, there were no high-profile cases, apart from the short ban by Vietnam of the Russian wheat. Everyone is enough with Trump, who disputed with many. The example of the work of Russia with Vietnam can be a good lesson for Ukraine. Actually, it is not understood who should learn this lesson. Everyone is focused on the discussion of the land market, so there is no time to discuss something else.

— What would You advise to the Ukrainian agribusiness to pay attention to in a mid-term, perspective? Which factors will have the main effect on prices and trade in Black Sea region? And What measures should be taken to minimize the risk in a future?

On the quality of the grain, first of all. As long as the buyers are satisfied with the prices, the notifications are put aside. And as soon as the market is pushed to the edge, this can become Pandora’s box. The weakening of EUR will add France to the list of the traditional competitors (Romania and Bulgaria) for Ukraine, as it need to distribute several millions tonnes of wheat.