In 2019, raw commodities positions remained under the impact of trade wars — INTL FCStone 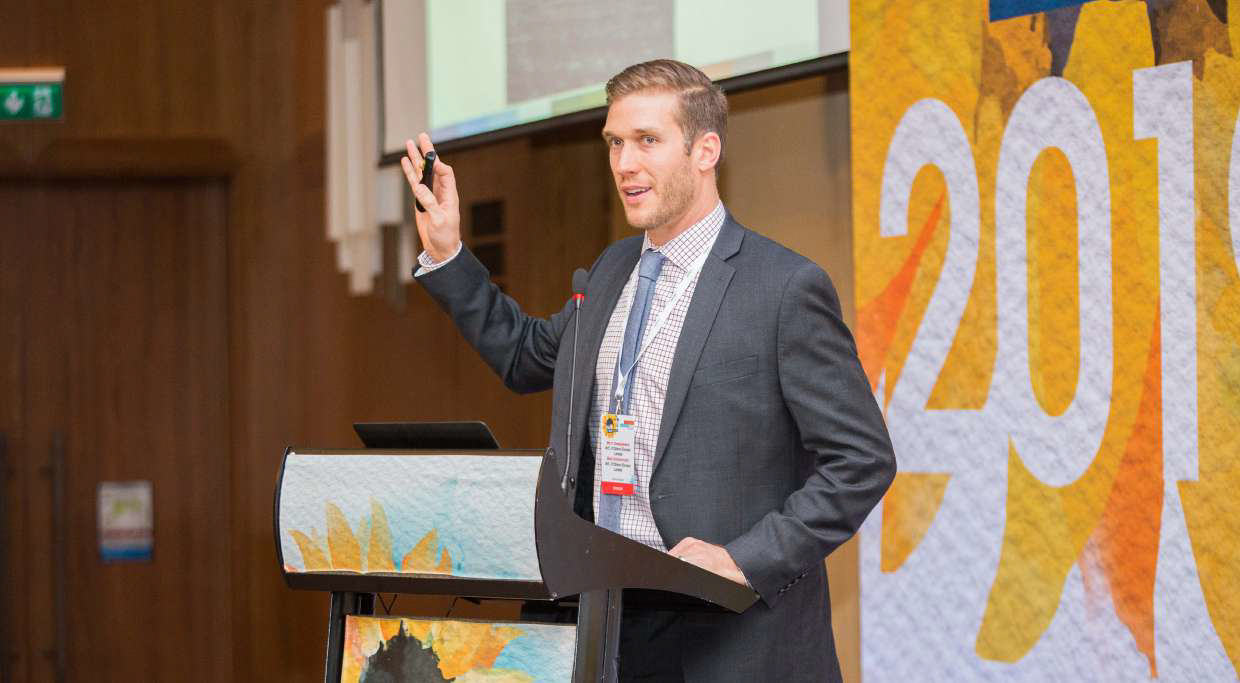 The first half of the grain season-2019/20 was very dynamic: the strained trade relations between the main market players, shifting of the trade flows, unpredictable weather factors, and high volatility of the major global currencies, kept market participants in constant tension. How will the second half of the current marketing year manage to surprise us? The Vice President of INTL FCStone, Matt Ammermann reported us how the price situation on the wheat and corn market will develop, and what market operators should pay attention to.

— Summing up the results of 2019, how would You characterize the macroeconomical situation and its influence on the agricultural market?

2019 was indeed an interesting year, one for the record books in several ways. Central Banks around the world continue to keep interest rates low, and in some cases still negative in efforts to stimulate growth. The U.S. joined the same trend in lowering rates, all while U.S. equities rallied to fresh highs and closed the year +23% on the DJIA and +28.9% on the SP500. Euro Stoxx 50 finished +25%, German Dax +24% and Nikkei +17%. All this positive momentum kept investors focused on the equity side of the business and commodities were caught in the dust of all the trade war implications as well as overall favorable weather conditions around the world. Sustained economic growth remains a topic of debate even though global economies are showing some strength. As economies grow there will be an increase in commodity demand, but typically that demand increase lags the pace of economic growth. Nearing the end of 2019 it appears China demand will be there in 2020, and this has already caught the attention of many, including speculators, as they have already worked to reduce their short positions.

— The FH of the grain season 2019/20 has almost finished. What main tendencies of the global grain market could You specify? What obstacles did market participants have to meet?

With the first half of the market nearly behind us- we have already traded the majority of the supply fear of the equation. We had plenty fears to deal with, U.S. delayed plantings which created production fears for U.S. corn and soybeans which of course had global implications. We also had the fears behind adverse May-July weather in Russia that impacted wheat production levels. We also had a rebound in production levels in EU that helped replenish the sharp decrease of supply from last year. Ukraine saw nice weather to create a near new record corn crop this year as well. The main story that I see from all this is that we had some extreme reaction to the fears, but after data was collected and harvest now behind us, these fears ended up being a non issue and the supply side of the equation remains just fine. Its another reminder that todays genetics of seeds remains more advanced that what we like admit. Now the market waits to see how demand reacts further.

Outside of the obvious fundamental side, the market had to deal with the U.S.-China trade war and the various daily/weekly tweets and changes with the temperature of this relationship. Trading politics can be a very hard task, and this was a true reality especially over the past few months as trade talks have become much more serious.

— During 2019 the market participants continued monitoring the development of the trade war between the US and China and by the end of the year the global giants eventually have made some progress. In Your opinion, how this situation can influence the global markets of grains and oilseeds in 2020?

Yes, as stated previously this topic has been the main theme over the past year. China is the worlds largest demand origin, thus how they buy and where they buy from can have several impacts to various origins. Its hard to show exactly how China will influence the global grain markets since its fully hard to trust what they say, but I think it is safe to say that China demand will be there in 2020. Both sides indeed show an attitude of wanting to make peace for U.S. and China relations. If they do fully fulfill the $40 billion of import goods that they say they have agreed to per Phase 1, then this shall indeed lift U.S. prices and therefore be a supportive factor for the global markets. This would shift S.A. attitude to then find non-China demand, much like the U.S. did during the trade war. In my opinion, ASF implication fully remain as well, but it seems the worst is now behind us as well. As that demand destruction comes back on-line, the world should find feed grain demand from China increase as well.

— In December, the new government of Argentina established the renewed export taxes on the key products of the agricultural export. In particular, the duties for soybean, soybean oil and meal totaled 30% (against 24.7% earlier), for corn, wheat, sorghum and sunflower seeds, sunflower oil and meal – 12% (6.7%), and for beef – 9 (7%). How this situation is going to influence the export potential of the country, considering the high competition on the global markets and the conjuncture of the domestic market of the country?

Yes, this is a structural change in the market. Anytime a country increases-establishes export taxes, it rarely remains a positive influence for the export of that country. As export taxes are increased in Argentina, it will continue to put restrictions for the whole value chain and remain a negative for the export sector. Typically, any export taxes are passed directly to the farmer, so it’s the farmer that feels the pain of this. As these measures are taken, historically the farmer will hold supplies, store them as means for a hedge against inflation. It seems the market is now fearing that the new government may establish export limits as well. We must also remember that Argentina is the world largest exporter of soybean meal, so the whole value chain is set up to export soybean meal. If any major event occurs further, global meal buyers would be pushed to the U.S.

— Speaking of the main grain market players, what can You say about the situation in the main countries of North Africa and Middle East, such as Egypt and Turkey?

These remain important destinations for the Black Sea market. Looking vs last year thru the end of November, Russian wheat exports remain 17% to Egypt vs 21% last year, while to Turkey wheat exports remain 23% vs 15% LY (Turkey and Egypt remains #1/2 buyers of Russian wheat). Via Ukraine wheat exports Egypt remains 14% this year vs 13% LY, and Turkey remains 7% this year vs a small amount last year. Quality was very good this year in Black Sea, and MENA demand likes Black Sea supplies very much this year- its typical to contract for a certain protein but to get delivered a higher protein level.

On the corn side, Russian corn exports remains 43% to Turkey vs 9% last year, and virtually none to Egypt. Ukraine remains 15% to Egypt thus far vs 10% last year, Turkey 6% this year vs 8% last year. When looking at prices, Ukraine corn continues to be priced competitive into Egypt- one of the main markets for Ukraine corn in MENA. Ukraine has a nice export window thru the early summer months to move product there. U.S. corn can work to MENA as well, but price competition for now remains in favor of Black Sea supplies.

— How do You estimate the positions of Russian and Ukrainian grain on the global market in the FH of the grain season?

During the first half of the season, the Black Sea has been the global leader for wheat and remains a strong force for the corn market. We all know that the Black Sea remains the world largest wheat exporter and as such world prices watch what wheat prices are doing in the Black Sea. Wheat prices in Chicago react to that of Black Sea, as does Matif prices. This past year Ukraine wheat exports hit record levels, while corn is in the works of doing the same. Russian exports continue to lag the pace of last year, but still the Black Sea remains the key export market to watch. Given the slower pace of Russian exports (-3 mmt) while the crop remains bigger vs LY (+3 mmt), selling influence remains a factor to watch for the second half of the year. Corn and the attitude of prices remain largely directly by U.S. due to the sheer size of global presence, but given Northern Hemisphere supplies are focused on U.S. and Ukraine- Ukraine remains an important factor for global traders to watch.

— What should we expect from the markets of wheat and corn in the SH of 2019/20 MY? What would be the main factors effecting the price formation?

The markets as described above have already traded a big portion of the 2019/20 supply side of the equation, we are now focused on demand for the first few months of 2020. Supply issues can still present itself from the U.S. in quarterly stocks reports in 2020, so this must be watched for. Phase 1 is to be watched to see what kind of China demand may remain and well as how MENA demand reacts to this as well. If China demand moves prices, other global buyers might hurry up and buy ahead of them or before global prices increase. If prices react, global farmers also have the ability to react as well and plant more if prices tell this story. As corn digests the demand side, it is highly anticipated that Brazil will plant a record amount of safrinha (set to plant after the soybean harvest in Feb/March) corn, which would likely create record export flows from Brazil once again starting in mid to late summer. Anytime Brazil has record exports, it typically depresses global values. As we get back to planting intentions for U.S, we will likely find 4-5 mln acres (1.6-2 mln ha) come back into production as the market anticipates prevent plant area for 2019 to get planted in 2020. Given good economics in Ukraine as well, the thought remains for the same if not a slight increase in corn plantings baring good spring conditions. The wheat markets are finding major exportable supplies getting tighter YOY, thus good spring time weather and early summer weather is still required in Black Sea to create adequate supplies to feed demand once again. Farmers have reacted to prices in Black Sea, as Russian farmers have planted a record amount of winter grains. Per EU there were some issues with getting winter crops planted, thus winter conditions will be playing a crucial part in conditions but also for soil moistures once winter dormancy breaks, same applies for Ukraine. U.S. winter wheat plantings remain at 110+year lows for wheat.

Once we break the winter months, the markets both corn and wheat will once again be very susceptible to the weather market as demand should be higher this year vs last given Phase 1 per the China-U.S. trade resolution. The bears require another year of stress free weather to create bumper supplies for new crop. The bulls of course would welcome adverse weather somewhere in the world to cause a supply disruption and alter the flow of global goods thus creating a price increase.

You can see from the above, global supply seems likely to be in a position to satisfy the increase in demand, but 2020 supply still has to trade the weather markets in full.