Russian market of grains in 2019/20 MY: success or frustration?

It just happened that the beginning of a new calendar year coincides with the equator of the grain season. While most people are summing up the results of 2019, and making plans for the new year, agricultural market experts summarize the first half of 2019/20 MY, and announce their forecasts for the second one.

What were the main trends of the period on the export and domestic markets?

How much did reality meet expectations?

Did the geography of grain exports change?

What was the condition of winter crops areas?

What are the major expectations of the second half of the season? 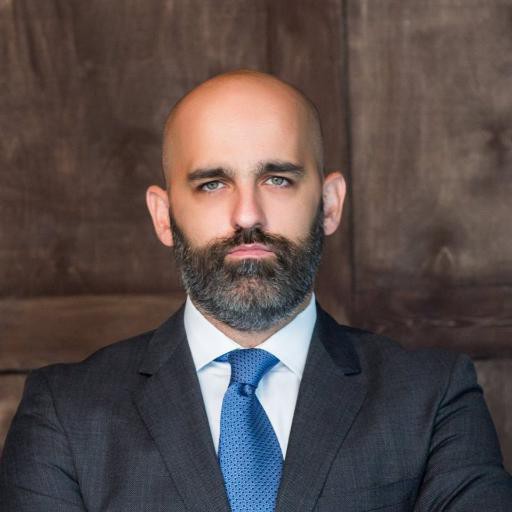 Director of the analytical center SovEcon

Generally, the results of the first half of the season were consistent with our expectations. The prices were growing quite rapidly, as we previously forecasted. In turn, the exports demonstrated rather slow rates. In late December 2019, the Federal State Statistics Service (Rosstat) published very modest estimations of the Russian harvest, while for several recent years Rosstat usually provided rather overestimated figures in comparison with most estimations based on the real-time data on the grain harvesting campaign rates. But Rosstat announced the lower estimations than most experts, in particular even lower than our figures. In particular, our recent forecast of wheat production totaled 75.8 mln tonnes, while Rosstat announced its estimations at 74.3 mln tonnes, down 1.5 mln tonnes. In terms of the general state of tension in the supply / demand balances, it is not the least of the factors that will work in favour of the price growth on both Russian and global markets.

There were no surprises for us concerning the rates of wheat exports. We did not declared about 35-36 mln tonnes of grain exports, but right from the beginning reported that Russia will realize wheat exports at rather low rates. To date, the trend is still active. The prices in Russia are high, so nobody is in hurry. Of course, traders sold wheat at much more modest rates than many expected. Our latest export estimations totaled 33.1 mln tonnes, and we will probably lower the figures, since it was made before the release of unexpectedly low official harvest figures.

The majority of market operators agreed that Russia demonstrated the slow export rates of wheat in the beginning of the season, while Ukraine and the EU countries covered the significant share on the market, but in the second half of the season Russia will become more active, and export the large-scale volumes of the grain. But we did not share such point of view, and do not expect for any significant recovery of exports. The carry-over stocks were low, therefore traders mainly exported the grain from southern regions of Russia, and in the second half of the season other regions will traditionally begin to play their crucial role. The problem is that the prices in the regions persistently remained above the export parity, and kept the trend for almost all 2019.

For a long time (5 months), Turkey took the first position among countries-importers of Russian wheat, which was quite atypically — the trend appeared for the first time for several recent years. Egypt took the second position among importers. At that time, Egypt mainly preferred purchasing Ukrainian wheat. So, the growth of Ukrainian wheat exports to Egypt completely compensated the fall of the supplies of Russian wheat.

Also, the exports of corn and barley demonstrated rather slow rates. The explanation for the corn market was rather simple. Ukraine almost repeated the record harvest of the previous season, as a result Russia almost did not export anything, but only to Iran via the Caspian Sea, which remains the single significant sales market. But the rates of barley exports became much lower compared with the expectations. The demand of exporters was very low-level.

To date, we have only operational data on the planted areas under winter crops. The final figures can significantly differ from the operational data. According to the operational data, the indicators of planted areas already broke all records. In the beginning of the winter, the condition of the crops was generally good. The moisture content was sufficient for the first stage of plant development. But the general precipitation depth in all major regions became significantly less compared with the standard, and the situation continued gradually worsening since the autumn. There were still no precipitations, as well as snow cover. If we do not receive precipitations in the following month and a half, the prospects for a new harvest of winter crops will be under serious threat. Also, there is a risk of frost-killing, if the severe cold weather comes in the coming weeks.

To date, the prices already reached the benchmarks that we stated in the beginning of the season, that is, we talked about the level of 220-230 USD/t FOB. In the short term, we forecast the further price growth, which may even accelerate in the coming weeks. The situation will largely depend on the general harvest results in countries of the Northern hemisphere, as well as in both Russia and Ukraine — whether we receive any reduction of the deficit of precipitations or not, and what the condition of crops will appear after the current so-called winter.

I would like to start talking about the results of the first half of the season with data on the harvest volumes, which we already received. All market participants became alert by Rosstat's preliminary figures on the general harvest of grains in Russia, especially wheat and corn. Traditionally, when the official figures usually appear, which happens in late February, they are adjusted upward, because some regions or factors were additionally estimated. Therefore, I believe that the final figures will become slightly higher compared with the preliminary ones, because in my calculations, the harvest of wheat is estimated at 75 mln tonnes, but Rosstat published its estimations at 74.3 mln tonnes. Many analysts forecasted the harvest of corn at above 14 mln tonnes, but Rosstat estimated it at 13.9 mln tonnes. Thus, Rosstat estimated the general harvest of grains at 120.7 mln tonnes, while my calculations reached 123 mln tonnes. Of course, the discrepancy of 2.3 mln tonnes is quite insignificant, and I believe that in February 2020 the final data of Rosstat will really exceed the figures of 121 mln tonnes. We can say that although our expectations are at variance with the preliminary results, but they are not as strong as they could be.

The pricing factors and trends of the first half of the season were quite contemplated for me, and corresponded to the forecasts that I announced in the public in June 2019 at the conference of the Russian Grain Union in Gelendzhik. According to my calculations, the prices of our main product — milling wheat with 12.5% protein content — will grow, and the peak of prices will total 230-235 USD/t FOB-Black Sea. It was the expectation of June 2019, and to date we are moving towards the figures. To date, the trend is bullish, and it will continue developing upwards at least until February-March of 2020, when the prices to reach the peak of the current season.

We will not have any significant changes in the export geography, because we sell the grain for a long time and almost everywhere. The whole world is already the buyer of Russian wheat, even Latin America. To date, the market of Saudi Arabia just started opening for Russian wheat.

In the current season, Turkey moved to the first position in the rating of importers, while falling far behind the second position of Egypt, and even more from Bangladesh, which took the third position. It is the indicator that the current Egyptian market is very competitive with Black Sea wheat, including both the Ukrainian and Romanian grain. In such terms, the volumes of Russian wheat supplied to Egypt became slightly lower than traditionally. But the reporting gap between the volumes of Russian wheat supplies by Turkey and Egypt will somewhat reduce, since the rates of grain deliveries to Turkey will slightly lower, than it was in the first half of the season, and on the contrary, Egypt will increase its purchases. I should say in January 2020 we delivered 640 thsd tonnes of Russian wheat to Egypt, according to GASC tenders, which means that we had the large supplies in the reporting month. It was the geographical features of the current season.

The market of barley and corn demonstrated the temporary disappointment for farmers, because they expected for the higher prices of the grain crops. More specifically, they were used to the good prices, which buyers can not offer now, because the trading processes are developing with pain and misery. The situation appeared, due to increasing of barley production in Russia (more than 20 mln tonnes), so the market has the large supply of the grain. In addition, Ukraine had a very high harvest of corn, and became a discounter of the price situation on the corn market, especially when in the beginning of the season the prices of the Ukrainian grain reduced below 155 USD/t FOB-Odessa, although then very quickly "rebounded" from the disastrous level, but the prices still did not remain optimistic for sellers. To date, there is the upward price trend in the corn segment, and in general, I believe that the market has a good trading prospect in the second half of the season. And I hope that barley will follow corn, because it will become one of the cheapest grains, and the trade prospects for the grain crops will improve, but it requires that there are the upward price scenarios on the market.

As for the domestic market, the price situation was still stable in all regions. At the same time, the prices in the Asian part of Russia were at unusually high positions, due to the demand from Kazakhstan. The price of milling wheat in Siberia was usually the same or higher than in the European part of Russia. And the price situation was stable, due to several factors: a) strengthening of the RUR/USD exchange rates, which mainly impacts at the European part of Russia; b) decreasing of the purchasing rates on the market of Kazakhstan, which affects the price of the Siberian grain.

In 2019, the planted areas under winter crops totaled 18.2 mln ha, which became the record figure. The condition of crops was still very good and definitely better than last season. However, the middle zone of Russia and the south still did not seriously entered the winter weather regime, which is also relevant for Ukraine. The absence of the stable winter weather regime indicates the risks of its starting in terms of the unfavourable phase for plants. As for the Volga region, the Urals and Siberia, the weather conditions were standard, and grain crops entered the winter in normal conditions, which do not cause any concerns.