Ukraine needs to work hard to strengthen its positions on the global market — O.Trofimtseva 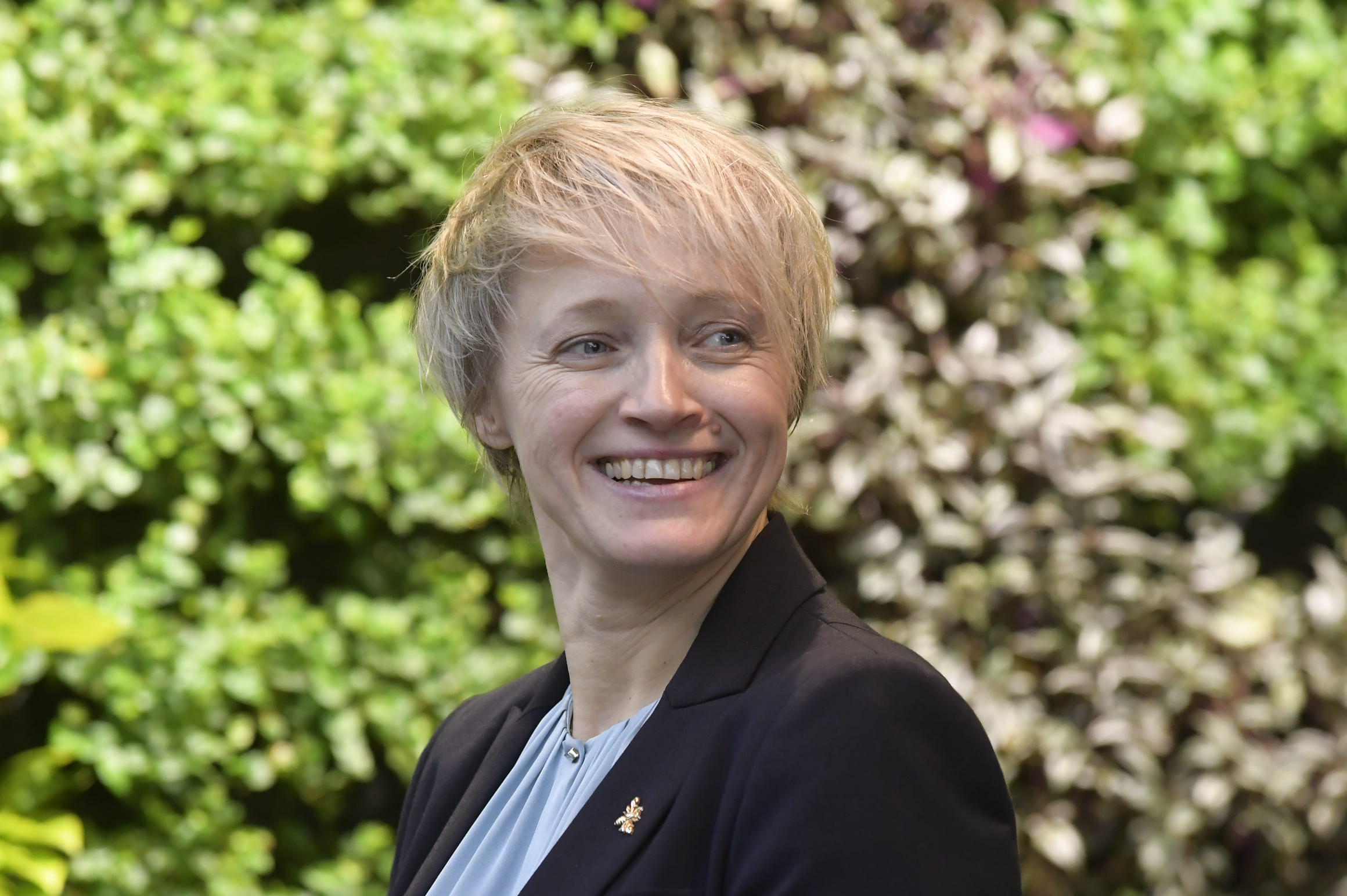 As the agro-industrial sector of Ukraine continues developing, as well as the grain segment in particular, the country really gave a good account of itself on the global market. At the same time, the change is all around us, and the world requires flexibility and quick rate of response to changes of the key trends, in both the dynamics of consumption, and its structure. To date, Ukraine faces many challenges both within the country, and on the global market.

APK-Inform Agency had a talk with Olga Trofimtseva, the former interim Minister of Agrarian Policy and Food of Ukraine, about the main achievements of the grain segment of Ukraine, as well as the key tasks that the market segment is facing to date, and the role of the government in the issue.

— Olga Vasilyevna, would You kindly describe the results of the first half of the grain season-2019/20 on the Ukrainian market of agricultural products? What performance features of the market can You note since the beginning of the season?

I would highlight the following features among the key ones in the first half of the current marketing season:

— Due to the difference between the budget and the real exchange rates of hryvnia, Ukraine and representatives of agribusiness received much less sum of money. Taking into account the purchases of resources for the spring planting campaign-2019 at the higher USD/UAH exchange rates, as well as the growing tariffs for logistics and storage, which often also press heavily on agrarians, the reporting sum becomes almost overwhelming. According to Your estimations, what losses did Ukrainian traders/agricultural producers face?

Of course, it had negative consequences in the form of receiving less profits for agricultural producers, as well as the government. As answer to the question, I would give a simple math. For example, as of November 2019 wheat prices on the MATIF exchange (Paris) were fixed at 179 EUR/t at the rate of 27 UAH/EUR, while in the previous year the prices totaled 200 EUR/t at the rate of 31.8 UAH/EUR. As you can see, the hryvnia revenue decreased by at least 24%. For the first half of 2019/20 MY, in the wheat segment the revaluation factor consumed at least 6.5-7.0 bln UAH of producer revenues.

Of course, it is not a good situation, especially at the edge of the announced opening of the land market, when agricultural producers will need significant funds to operate on the new market. To date, the foreign currency factor is important, but not critical.

— The Ukrainian market is already used to operate in terms of "exchange rate rallies", but the significant strengthening of the hryvnia rates in the current year surprised everyone, and not in the best sense. How do You estimate the importance of the currency factor, and what are the effective ways to minimize the risks?

The gradually controlled devaluation of the national currency is the most favourable environment for operation and development of export-oriented companies. At the same time, the absence of exchange rate "whipsaw" and the guarantee of stability is much more important. The market environment reacts not so much to the high or low exchange rates, as to a lack of stability. The exchange rate volatility is the additional unpredictable factor in the segment of agricultural production, in addition to the weather conditions, and price conditions, and the situation on the markets of incoming material resources.

In countries with the well-developed agricultural infrastructure, insurance, banking instruments, etc. already became one of the ways to minimize the risks. Unfortunately, they still did not receive wide development in Ukraine. Often agrarians have to manage to solve all possible risks. At the same time, small and medium-sized farming enterprises are the most vulnerable in the issue, because large agricultural holdings and trading companies are the global players, and have the opportunity to reinsure and hedge on the international markets. And it is that issue which we need to work on first and foremost, including at the state level. For example, the IFC's Agrarian Receipts Project in Ukraine demonstrated the relevance and effectiveness of the tool. However, it is only a drop in the bucket. Increasing of the culture of forward-futures business on the Ukrainian grain market is another point that requires development, including the involvement of small and medium-sized farmers.

There is required the systematic, long-term and predictable policy of the Cabinet of Ministers and the National Bank of Ukraine, to minimize the risks. Taking into account the fact that the agro-industrial sector provides nearly 40% of foreign currency revenues to the Ukrainian budget, I think that the opinion and needs of representatives of the market segment should be paid attention to.

— For several recent years, the global market was saturated with the impact factors (both fundamentals: supply/demand balances, as well as political ones: escalation of conflicts and trade wars, tougher sanctions). How is it possible to work in such conditions? What would You advise to pay attention to?

The grain sector is developing very effectively, investments are actively coming in, as well as grain production and export volumes are growing from year to year. Ukraine is one of the key players on the global market of grain crops, every year the country becomes more and more sensitive to influence of the global factors. The success of work in such conditions is determined beforehand by the flexibility of the position and response time to any changes.

As for the systemic changes which agricultural producers and exporters in Ukraine would need to focus their efforts on, in order to improve the competitive stability of the grain sector, it is all about the issues related to product quality. To date, Ukraine steadily occupies the position of the supplier of the cheapest grain crops in the list of the largest global wheat exporters, and unfortunately, the grains do not have the best qualitative figures. It is necessary to take a set of measures along the whole chain — from grain growing to exporting, in order to solve the issue. In addition, the traceability assurance from the field to the end user, including its phytosanitary condition and seed selection, plays rather important role in the issue. It is too late to check the quality of grain cargoes in the ports or in the vessel hold, because the problem should be solved systematically. It is sensible of the fact that the periodically arising issues of receiving notifications can be both objective and related to competitive activity. At the same time, achieving of the high quality level of grains will allow to Ukraine to claim its position on the global market, keep its sales markets, and even increase its presence in the certain countries.

Also, to date there are many import-dependent countries, so it is necessary to continue working on opening of new sales markets (including expanding the presence of Ukrainian grains and pulses in Asian countries), working on free trade agreements or preferential trade agreements, etc.

— Due to the record production of wheat, barley and sunflower seed, as well as almost record volumes of corn harvest in Ukraine, the market operates in terms of "high harvest — low prices". Should we be proud of the record export volumes in such terms?

I would somewhat reformulate the question. As for business, and growing of grains and oilseeds for Ukrainian producers is a very serious business, with using of modern technologies, developed transport and port infrastructure, it is more appropriate to talk not about some pride, but about the economic efficiency.

Unfortunately, there are no final indicators of profitability for 2019, but in 2018 the profitability of grain production totaled 24.7%, and sunflower seed production — 32.5%, which was quite significant.

Therefore, I would rather say that I am proud of Ukrainian producers and exporters, who are proving their effectiveness in such difficult market conditions. In addition, development of the market sector and increasing of the foreign exchange earnings due to high volumes of grain exports is one of the factors, which already helped the Ukrainian economy to survive in the difficult political and economic conditions. Of course, Ukraine needs to increase the production and exports of value added goods, and it is factored into the development strategy of our country. However, to date grain exports already became a kind of safety cushion for the Ukrainian economy.

— Generally, how do You estimate the competitiveness of Ukraine on the global market in comparison with Russia and Europe?

On many sales markets, Ukraine and Russia are the direct competitors. For example, let`s consider the case of Egypt. At the same time, Ukraine actively supplies corn to the EU in terms of closely competing with European countries on some markets.

Taking into account the evolutionary process that Ukraine passed for almost 20 years, I believe that its positions are quite good, especially in comparison with the Russian Federation. And the positive dynamics of changes of the Ukrainian positions in the rating of the global grain producers and exporters, became the excellent proof of its strengths. At the same time, we need to continue working on consolidation and strengthening of the positions, as well as taking of our room in the market. The market of the Middle East is interested in grain importing, while establishing of relations with importers in the region requires a lot of time (at least 3-5 years), in order to make them to perceive Ukraine as the reliable exporter. There is a demand, supply, and many prospective markets, but we need to fight for them. It is a hard work, and it is important not to lose the current rates.

— What changes would You note in the volume and geography of Ukrainian agricultural exports for several recent years?

For recent years, Ukraine has worked hard to open the sales markets of Vietnam and China. And strengthening of our positions on the latter market became one of the important achievements for Ukraine. If we analyze the dynamics of export supplies, we can confidently say that Ukrainian-Chinese trade relations are quite actively developing, and the trade wars between the USA and China somewhat played into the hands of Ukrainian traders.

I would like to highlight three main vectors among the sales regions: Asia (India, Indonesia, China), Africa (Egypt), and the EU with possible specific modulations. I believe that the reporting markets will remain the top-priority for Ukrainian grain trading in the nearest future. In addition, the analysis of medium-term forecasts shows that the EU's high demand for commodities will keep stable, in terms of development of the livestock and poultry sectors.

— What products will be popular in future? What sales markets do You consider as the most prospective?

The list includes high-quality wheat, hard wheat, and grain by-products (in particular, products of deep processing of corn). It is important to monitor the global trends in the consumption segment. For example, in terms of development of vegetarianism in Western Europe and North America, the global need for high-quality protein will continue growing. Different crops can become the sources of the protein, and it is important to follow the global trends, and change the structure of grain production in accordance with them. In turn, it will allow our agrarians to avoid growing mono-crops, thereby improving the crop rotation structure and diversifying the risks of trade.