All about the hidden hazards of Ukrainian soybean market – System LLC 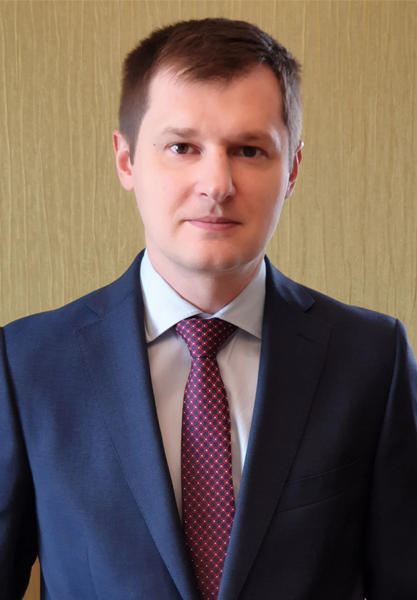 There are no two years alike and there are always some new influencing factors and surprises. The current year was particularly remarkable for Ukrainian soybean market. What were the key global trends and inner factors affected the pricing? What was the influence of COVID-19, soybean amendments, high export and late-season soybean deficit? What will 2020/21 MY bring? The head of sales with System LLC, Denis Kuschaev answered all these questions in interview with APK-Inform.

- In late May, Ukrainian market faced soybean deficit. What were the supply and stocks volumes of soybean at the market at that moment?

- I suppose that the soybean stocks were about 40-50 thsd tonnes, but we should take some facts into account:

- many producers formed rather high soybean stocks. These volumes would not go to the market and the situation would lead to the decline of demand for the oilseed;

- Ukraine imported about 20 thsd tonnes of soybean that influenced soybean supply and demand balance as well;

- soybean ending stocks never reduces to zero as there are always some market participants holding the products to the last. Thus, the offers of old-crop soybean are on the market in both the first half of August, when the small volumes of ultra-early varieties could enter the market, and September, when farmers start to actively sell the new-crop. However, it seems that there will be no offers of new-crop soybean until the start of the autumn this year due to the cold spring.

In light of this, there is a question - what share of above-mentioned soybean stocks will be sold?

- What can you say about soybean and products export during the off-season period? What are the main difficulties?

- Soybean export from Ukraine are very low during this period as well as during the first two months of the summer. Manly exporters ship the volume under the previously signed contracts.

Soybean oil is export-oriented product. It is used for feed on the inner market, thus there is the demand for crude soybean oil only, while there is no demand for hydrated oil and 99% of its output is exported.

The situation in soybean meal sector is more complex. Many market participants faced the deficit of soybean as early as January-February and started to accumulate stocks that pushed the prices of soybean and meal up sharply. As the result, the prices of meal lost competitiveness on the export market. The inner consumption of soybean meal is higher compared to oil, however, its production exceeds consumption by several times. Thus, exporters will conclude and fulfil the export contracts. I suppose that Ukraine will mainly export soybean meal to Belarus as its usually gives a higher price. Export to other countries is unlikely. At the same time, many companies conclude long-term contracts, meaning that there can be shipments of small volumes under previously signed contracts.

- Is the import of soybean for further processing promising? What are the main advantages and risks for processors?

- I suppose that the import of soybean for processing do not have prospects at all. Commercially, it could be very unprofitable. Why? Because, the domestic market reacts rather flexible for any noticeable influence. If a farmer sees the demand, he raises the price. If there is no demand while the farmer needs money for any field works, he will be ready to lower the price. If initially the import of soybean is commercially interesting, after the imported oilseed would enter the inner market the demand for Ukrainian soybean would decline that would immediately affect the prices and the import would turn into unprofitable.

Why to import soybean? It is unreasonable for the domestic market as the volumes are very low. Imported 20 thsd tonnes of soybean were enough to cut the inner prices by 1000 UAH/t or nearly 40 USD/t. It was significant decline and the downward trend was observed for some time. To import soybean into Ukraine for further re-export of the products is ineffective as well. Because many countries who import soybean products from Ukraine have their own processing capacities and could buy the feedstock. Probably, once the global market situation will be favorable for import of small volume of soybean but it could be granted. To my mind, it is unlikely that the companies, who imported soybean, got the profit.

- Did the crisis caused by the pandemic and quarantine affect the profitability of soybean processing in March-May? How much, if so?

- I have not seen yet any significant influence of the pandemic on the soybean processing profitability. However, it is generally unstable. The demand is seasonal on both inner and external markets. It is more visible on the domestic market. Moreover, the profitability could vary from year to year. Mainly it is based on price trend of the season. The lowest margin is observed on upward market: when prices are minimal in September-October, then they are growing step by step during the season and reach the maximum by May - early June, after that they declined slightly and trade activity slows down. Under such conditions processors usually cannot keep pace with the upward trend because firstly the feedstock prices grow and products appreciate later.

For example, the situation developed an other way last season. Prices increased slightly at the start of the autumn. After that, they declined as the new crop was actively marketed. However, the upward trend resumed and continued virtually until December. The downward trend was observed since January and until the start of the new season. Under such market development the margin for a processor if much higher as he buys soybean at a lower price than he expected while concluded the contract.

Every company has definite financial abilities and trade strategies. Some form large stocks in Autumn, some buy monthly as needed, but no company stops the purchases even in May, because there are little soybeans until the end of the season. This, on one side, is caused by either size of the storage capacities, or the restrained selling by the farmers, who are not willing to sell all the stocks of soybeans in Autumn waiting for the price rise in the end of the MY. Thus, the processor not always can form the stocks of the oilseed sufficient for the operation until the end of the season.

The COVID-19 pandemic had lesser influence than the above mentioned factors. Of course, it had some influence, mostly on the domestic market, as the demand on the global market is high as a rule. The volumes of soybean meal production in Ukraine are low and we are not the main global producers of this product, much less soybean oil. Thus the prices for the Ukrainian product not always change in correlation with the global market trends, and the selling of the product at lower or higher prices is an issue of the tactic. We do not have the plants which need to sell around 200 thsd tonnes of soybean meal monthly, contracts for the export of products of which are of a systemic and long-term nature. But in terms of the pandemic the income of the population and the demand on meat products declined. If the demand on meat products decreases, the demand on feed compound declines as well. Theoretically, in such conditions the prices should have lowered, but we could see the opposite situation. The quarantine in Ukraine was announced in the end of March, and in April-May the prices for soybean and by-products have boosted by 80-100 USD/t, because the influence of other factors was more significant than the pandemic.

- Do You carry out forward purchases of the new crop soybeans? If not, why?

- No, we do not carry out forward purchases in large volumes. The main reason for this is the variability of the soybean market. I know the examples when rather large companies hedge on the Chicago exchange in order to avoid the risks on the soybean market. But our domestic trend always goes against its conjuncture and unfortunately we are unable to protects ourselves. Thus I believe that it is quite risky and difficult to conclude forward contracts for soybeans.

- How do You estimate the competition for soybeans in a future season in terms of the soybean amendments cancelation and uncertainties with crop-2020?

- This question is interesting and complex, because it is difficult to determine which share of soybean in Ukraine is produced officially and which is not. We all know that rather large volumes of agriproducts, not only soybeans, are sold for cash. As you can see, the previous soybean amendments had no effect on the final export of soybeans. In the current season, until they were effective, the export was high. Why? Because the farmers sold the soybean for cash and then the oilseed went though some “paper transformation” and was officially exported. So, the amendments have stopped the export of soybeans? No, not stopped. Have they complicated it? Yes, they have, but not that much to influence the volumes of the delivery.

Initially, it was planned that the adoption of soybean amendments will enable processors to increase the volume of purchases of oilseeds and, accordingly, to increase the rate of export of value-added products, by reducing competition from traders. Has it been achieved? Not, it wasn’t. It is very difficult to buy soybeans on the domestic market, and it is getting more complicate each year, because the competition is fierce. That is why I believe that soybean amendments did not work. What will the law give about their abolition? Probably, it will transfer unofficial trade operations into a legal channel, which is a n advantage for the country. As they say, if we cannot interfere with something, then we need to lead it. Let this process be better controlled by the state, additional taxes will be paid than it will be in the shadow market, and the products will still be exported from the country through corruption schemes at customs.

- Please, tell us about Your expectations concerning the changes in demand on soybean by-products in a new season on both domestic and export markets.

- Frankly speaking, I don’t anticipate big changes. Our country has traditional target markets for soybean by-products. These are, as a rule, the nearby directions: the Caucasus, Turkey, Belarus and other European countries bordering on Ukraine - and I do not think that they will change significantly. Also, I see no factors which could change anything significantly on the Ukrainian market of soybeans in a future season. the demand from the global market depends mainly on the global production of soybeans and trends on the global market. This is an important question, but the answer is difficult to predict. It often happens, when the price rise or drop are obvious, but in the end it is contrary. This year all market participants expected the soybean shortage and were preparing for it, as a result the prices for oilseed and by-products hiked up to such an extent that they exceeded market levels in the export direction.

Despite the fact that our company has been operating on the market for a very long time, and I myself have been working here for almost 4 years, I will never try to predict prices for agricultural crops, especially yet to be harvested.

System LLC – is the largest soybean processing enterprise in Ukraine with 17 years of experience in the oilseed processing segment. The production facilities are located in Zaporizhzhia, which allows to provide the enterprise with qualified workforce, raw material base and is convenient for the delivery of finished products. Also, the company also has its own facilities for receiving, cleaning, drying and storing raw materials right at the plant, which allows it to work without stopping production and ensure the delivery of products to customers on time.

During its existence, the enterprise has processed sunflower, flax and other oilseeds. For the last 10 years the company has focused on the processing of soybeans. The soybean meal/cake and oil are traded on both the domestic and global markets.