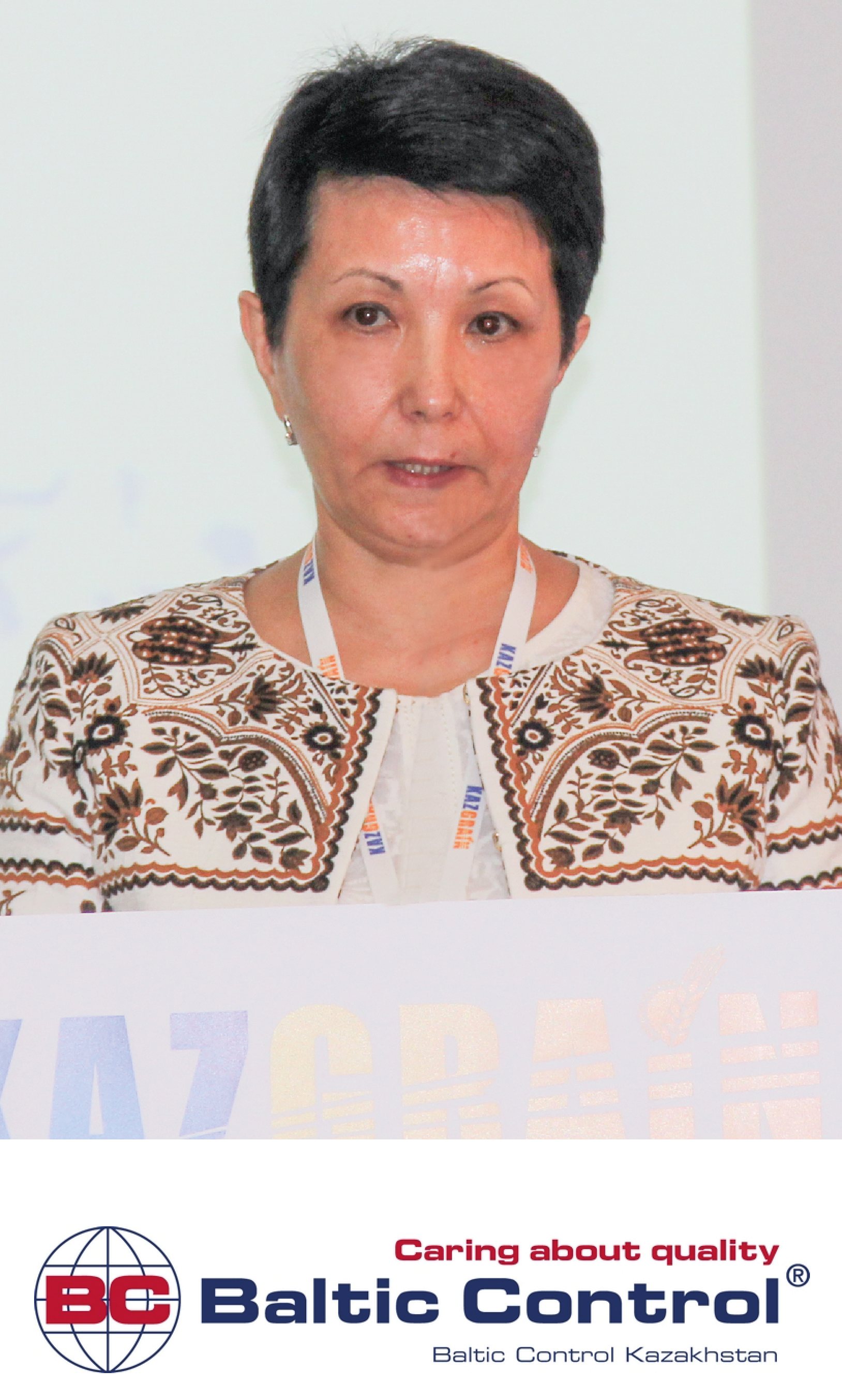 Laboratories have already detected higher moisture content as well as higher number of sprouted grain. Crops could further suffer from autumn frosts that would make the situation even worse. We talk about current quality of Kazakh grain with the general director of Baltic Control Kazakhstan Group, Gulmira Abisheva.

- What are the main quality characteristics of Kazakh grain in the key producing regions?

- Overall quality of Kazakh grain is good for export in 2020. However, traders need to pay more attention to some peculiarities of the quality of grain crop-2020. Wheat harvested before September 15-17 is of good quality with high protein and gluten content. We expect high grain impurity as the grain is very dry, however, it is not a real problem. At the same time, wheat harvested after rains is not do good. We have already detected sprouted grain in wheat lots. Its share reached 10-15%. There are some problems with falling number of both soft and durum wheat. Several years ago, importers form Central Asia started to add the required falling number at min 220 into the contract. We will have falling number at max 160 this year. Wheat from Akmola oblast could match this figure more or less. Falling number reaches 266-400 here. There were cases when our elevators blended grain of good quality harvested before rains with grain harvested later. Moreover, we expect high number of over dry grain as currently elevators accept very wet grain (up to 20%) and dry it. There will be smell of malt and Artemisia as the summer was rather hot. Additionally, we have found 2% content of oats grass in some grain lots.

There is rather high gluten content of wheat harvested in North Kazakhstan oblast while the farmers of this oblast could not obtained 30% gluten content in the recent years. The average gluten deformation index (GDI) of soft wheat is good. Moreover, there are high protein content of grain if the harvest-2020.

- Are there any changes in the quality of durum wheat?

- Most of parameters such as gluten and protein content, natural weight, moisture content are normal. However, falling number is not so high. We observed unstable vitreousness of durum wheat. For example, we found vitreousness at 60%, while the share of sprouted grain was 20%.

Sprouting is irreversible process unless the grain is over dried, however, in this case the quality and gluten content will decline.

Rains caused grain sprouting, not only durum wheat, across all regions, but mostly in Kostanay oblast.

- What about the quality of barley of the harvest-2020?

- We observe absinthial smell virtually in all lots of barley in Akmola oblast.

Natural weight is a bit lower, however, the protein content is high in Kostanay oblast.

Impurity and grain impurity are higher than norm in lots of barley in North Kazakhstan and Kostanay oblasts.

- What is the reason for China tightening the requirements to the delivery of GM products from Kazakhstan, specifically barley?

- Indeed, only in September China has required the test protocols for “Non-GMO” for Kazakh barley purchases. Earlier, such requirements were included to the contracts for the purchase of edible oils by China. There were also cases of return of a batch of Kazakh rapeseed oil, in particular 8 thsd tonnes, - because of the discovery of the GMO. The reason is that the internal standards of CIS countries allow the presence of GMO in rapeseed up to 0.9%, respectively, rapeseed oil will contain them too. The problem however is that Chinese partners have not even mentioned which markers they used to discover the GMO in the products. The three markers we use in Kazakhstan showed normal parameters, but China has hold studies for additional genes, which found discrepancies.

It appeared that in China the oilseeds are studies for 23 markers, which are not used even in Europe.

- But why have these problems appeared only now? Has Kazakhstan made some moves to establish further deliveries?

- Until recently there were no problems with GMO in rapeseed oil, because China itself initiated stricter control from July 2020 only.

Finally, after long negotiations, meetings with our traders Chinese partners have shown the protocol they use and those seven markers used to test the rapeseed oil.

I suppose, that it is a very big political step for China, with help of which it wants to protect the domestic market of processing: the county does not need the Kazakh processed product, it needs the raw materials. And the situation with barley is the same, despite it being the raw material. The good news is that the protocols do not require a quantitative indicator of GMO in barley, it is only necessary to indicate its presence or absence.

In accordance with the Agreement on Common Principles and Rules of Technical Regulation, up to 0.9% of unregistered GMO lines are allowed in agricultural products, therefore, and on the basis of the decision of the EEC Council, the member countries of the Customs Union need to unite and jointly achieve relaxation of China's tough policy on GMO.

- What can You say about the requirements of Uzbekistan to the products imported from Kazakhstan?

- In general, in the current season Uzbekistan is satisfied with the quality. We have already started to deliver the crops of 2020 harvest and there are no problems. Over the past 2-3 years, Uzbekistan has added only the falling number and the FDM to the main requirements for the import of grain.

- For the last 4 years smartweed is rather a problem in Kazakhstan, being the quarantine weed. Why?

- This plant is under control of Ministry of Agriculture, which subsidizes the purchases of the necessary plant protection products. The problem is that earlier this issue was handled by the Group of Companies “Phytosanitaria” which treated directly the fields with the quarantine object, whereas now the government buys the necessary crop protection products and gives them to farmers. The farmers must on their own and at their own hire the spaying machines. First of all, it necessary to know how to provide the processing procedure, from the herbicide consumption rates to the right time of day to apply the product for the best results. Secondly, no one controls the use of the PPP given to the farmer, and it is not clear whether it is introduced at all.

Optimization of the state apparatus, reduction of inspectors of phytosanitary supervision leads to the fact that there are not enough local specialists for high-quality supervision

And this year, quarantine measures related to the pandemic have also contributed.