European corn market: it is necessary to keep an eye on market drivers and be in a good position - Natalya Skuratovic 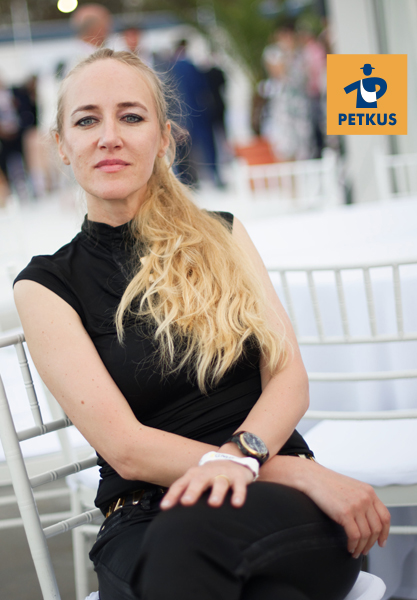 The start of corn season-2020/21 was rather dynamic. Unexpected weather conditions, lower corn output in the EU and Black Sea, Chinese factor and price rally kept market participants on their toes.

- Now we can say that corn crop is unfavorable in France and southeastern Europe this year. Coceral set the European corn production at 65.3 mln tonnes last year. The prospects are declining this year. The most severe decline of corn crop is observed in Romania, Bulgaria and France. The situation is really difficult in Romania. Corn crop declined by about 40% due to the drought, from 17 mln tonnes in 2019 to less than 10 mln tonnes in 2020. In Bulgaria, Strategie Grains sets corn production at 3.3 mln tonnes, down from initially expected 3.9 mln tonnes and 4 mln tonnes in 2019. At the same time, planted area under Bulgarian corn reached record 584 thsd ha this year.

Corn yield declined to 8.43 t/ha in France. The Ministry of Agriculture of France cut its corn production forecast by 210 thsd tonnes to 13.5 mln tonnes in its last report. However, this figure is still 4% higher compared to 5-years average due to wider planted area.

- The EU slowed down significantly corn import this season. At the same time, the demand from livestock segment remains rather active amid decline of barley crop and high prices of feed wheat. What changes in volumes and import geography do you expect in the current season?

- Recently, corn import to the EU was expected close to the last year. However, now we see that Ukraine will sharply cut corn export meaning lower supply to the EU. There is some hope for larger import from Brazil, Canada and Serbia. However, USDA cut its forecast of corn import to the EU by 4 mln tonnes to 20 mln tonnes in its last report amid growing prices. Primary, it will hurt livestock segment. USDA cut its forecast of livestock corn consumption by 5.5 mln tonnes, as other ingredients would replace expensive grain.

- What can you tell about prospects for Black Sea regions, particularly for Ukraine, amid lower corn production, worsening of export potential and sharp price growth? What global market changes can be observed in the second half of 2020/21 MY?

- Usually, Ukraine exports large volumes of corn at the start of the season. In several months, South American corn enters the market and shipments from Ukraine slow down. At the start of this season, Romanian corn was almost absent, while usually it is a strong competitor for Ukraine. Moreover, currently the weather in Argentina and Brazil raise fears. Planting campaign of Argentinian corn delays significantly due to the drought (31% against 44% in the last year). Planting window for early corn has already closed. There is no guarantee that the wider area under late corn will offset it. Time will tell. All that is left to do is to hope that the late corn will not be so sensitive to La Nina.

- What traders should expect and pay attention to in the second half of the season?

- First of all, it is important to pay attention to Chinese import. USDA almost doubled their forecast of corm import to China in 2020/21 MY to 13 mln tonnes. Currently, the demand from China decreased amid high prices of Black Sea corn. Under such conditions, Turkish tender for 350 thsd tonnes of corn will be a litmus test for real price level.

It is important to watch the neighbor grain markets, prices of which volens-nolens influence on corn prices. They are all interdependent, thus the surge or decline of wheat prices will affect corn. Today, the spread between wheat and corn is narrow in Europe amid the decline of corn import to the EU by 4 mln tonnes according to the last report of USDA. Other grain ingredients will replace corn in feed production.

- The second wave of lockdowns started in the EU. How can it impact the development of corn segment? May it cause any logistical problems or currency rally?

- European ports are critical for trade flows. Therefore, despite the pandemic, it is very important to keep them functioning. That is why there are anti-COVI-19 working parties in the European ports. These multisectoral groups are responsible for continuous operation of ports. All partners consider the uninterrupted operation of ports as a priority.

Moreover, 20 members of Port Authority Roundtable (PAR) from Asia, Europe, Middle East and North America said they were ready to cooperate and share good practice to provide continuous operation of ports during the pandemic.

Thus, the lockdowns will not be the prime cause of a rally on corn or other grain markets as there should not be any logistical problems.

- Thank you for the informative talk. In conclusion, please, share you vision of corn market development in the middle term.

- It is difficult to forecast the influence of all factors on the market of corn in a full way. Today, corn in USA is more than two times cheaper compared to corn in China. It is a kind of alarm meaning that there are some severe problems with feed grain supply in China. Currently, US corn is the cheapest in the world. The pace of selling of US corn is up 175% compared to the year ago, meaning that it dominates the global market. Therefore, it should be noted that the last report of Commodity Futures Trading Commission (CFTC) shows rather strong long position of managed funds that totals 280.835 contracts for corn. Funds trade on CBOT using HFT algos that assess both real and pseudo news. Thus, it is important to have an eye to real market drivers and take right positions as well as consider that currently the key factors of corn pricing are unfavorable weather in South America and Chinese purchases, their pace and origin.