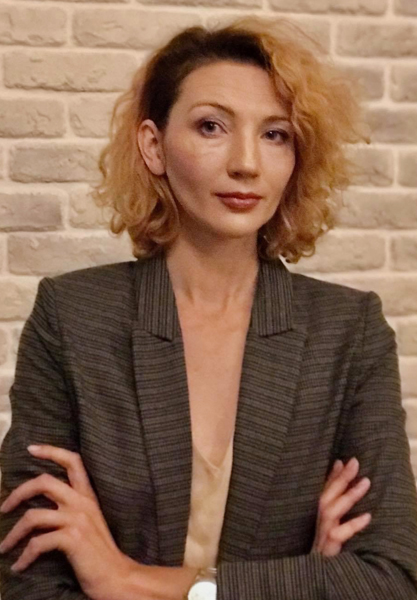 Well ahead of the start of 2020/21 MY it turned to be clear that the season would be interesting and untypical. The situation is getting more and more complex and multifactorial as the season progresses. Default situation and its influence on export potential of Ukraine are one of the most burning questions. Which factors should be considered? Will Chinese factor push the prices up further and what about the demand from the EU? How to avoid reoccurrence of default situation in future and what does the experience of farmers from other countries show?

APK-Inform discussed with Business Development Manager with Maxigrain, Elena Neroba all these questions and many other issues.

- What can you tell about the current situation on Ukrainian corn market?

- In the recent seasons we worried about soybean impacted by the trade war, and then about wheat as it seemed that people ate more pasta staying at quarantine. The season-2020/21 we will remember as the year of “great corn hole”. The season-2020/21 showed us that the weather remained the only one factor we could not mange. The drought hurt the Northern Hemisphere more significantly than it was expected. Analysts sharply cut their forecasts of production. Along with this, China decided to buy all corn in the world.

- What is the reason of high Chinese demand?

- Since the signing of Trade agreement in January, China has made the way from ignoring to record purchases of US product. There were concerns that such massive purchases were a certain kind of safety for China if Trump is re-elected as the US president. Chinese analytical agency Cofeed said that the Ministry of Agriculture of China maintained in November the import potential of corn at 7 mln tonnes. Previously, FAS USDA informed that Beijing opened extra quota for import of 5 mln tonnes corn in December and estimated overall Chinese import demand for corn at 22 mln tonnes. WASDE revised its import forecast to 13 mln tonnes, and Cofeed set its forecast at 17 mln tonnes. China has not made any official announcements. However, it continues to contract corn including US grain. Therefore, we can expect further upward revision of quota volume or lowering of out-of-quota duty from 65% to acceptable level. Elsewise, China will be forced to cancel booked volumes. While US is calculating votes in presidential race, Bloomberg says that China wants to revise the trade agreement. Current Chinese obligations in corn trade exceeded 11 mln tonnes, with 2 mln tonnes out of this volume already shipped. It continues purchasing Ukrainian corn. China has already taken off the import quota for 2020 at the volume of 7.2 mln tonnes. Its statistics shows significant corn stocks that raises questions about the necessity to increase the import. To my mind, “significant” is a good description for 65% of global stocks. Besides, China denied speculations about poor quality of grain in reserves as well as rumors that typhoons damaged the crop. At the same time, the price of corn in the inner Chinese market is record high despite selling from the reserves. Demand from hog industry is the main supporting factor.

- What are the prospects for trade with the EU and how will it influence on prices?

- The second wave of quarantine in the EU is a poor counterbalance for Chinese supporting factor. Under that logic, the consumption of ethanol will decline even more. Moreover, producers of meat will not show high demand for corn due to the quarantine and possible worsening of the situation with ASF and avian influenza. However, the cut of European corn crop by 2 mon tonnes and import by 4 mln tonnes expected by USDA is not so critical for the market as the output of key supplier - Ukraine - will decline even more.

- In November, USDA finally revised down their forecast of corn crop in Ukraine. Do you agree with their updated figure?

- It took some time for American as well as Ukrainian analysts to realize the extent of drought. It is not all that bad as it was the last season. However, 175.8 bu/ac is not so great yield, and the expectations were much higher. US will lose some part of its corn crop. The downward revision of US production and stocks was the second significant factor of support.

The downward revision of Ukrainian corn production forecast was a cherry on top. The Americans are even more pessimistic than some Ukrainian analysts are. The forecasts vary from 26 to 33 mln tonnes, however.

Planes are still on the ground, cars do not go more, ethanol is half dead and it supports only Brazilian corn.

- How has Ukrainian market reacted on this information?

- The domestic market of Ukraine reacted quite “happily”. Traders were the most “excited”, who sold Ukrainian corn cheaply, the production of which at the beginning of the season was forecasted at 40 mln tonnes, and then bought for these contracts around 7 mln tonnes of corn. Also, the livestock producers were also “exhilarated”. It is possible that this year we altogether would have to go on a diet: not only bread and sunflower oil would rise in price, but also eggs, dairy products and meat. Thus, we can also be included in the rank of “excited”.

- Despite the wave of defaults, according to preliminary data by APK-Inform, in October the export of corn totaled 1.8 mln tonnes, which is more than equal to average monthly result for the past 8-9 years. Is the current situation so critical?

- There is an interesting fact – the existence of the grey market. As the reaction on forward contracts defaults is overwhelming but the ships are continued to be loaded however slow. And some farmers, hoping for government or associations’ support, would “hide” the crop – lower the yield for the statistics data, would not carry out the forward contract or do it not completely, and then sell the difference for cash. It is good that there are not many such farmers.

- The defaults are in general not news for Ukraine, and even more so for global market. What hedging measures of this type of risk do the farmers in the main competing countries use?

- We are not alone on the corn default universe, and the situation is totally not new. American farmers, who are lucky to have state support, often use the direct hedging on the exchange market via futures or options, and also the insurance of plantings and are surprised why Ukrainian farmers don’t do it. Many have long ago marketing plan and clear understanding of the net cost and sell when the prices are higher, at the same time they are not worried about the possible upward price trend. But they also are lucky to have the competition between the exporters and domestic processors – ethanol and meat producers. And if the futures are a bit expensive for the purpose of diversion of funds for marginal call, the “Forward plus call” scheme would have been a lifebelt for many Ukrainian farmers in the current season. We have a unique opportunity to walk a path in a few years which for them took half a century. Given the will. Many like to compare, for example, us and Argentina. So, if we use the best experience, the Grain Exchange has in a way an arbitrage – the committee which examines each case individually, and put those who defaulted in a black list. Their market remembers everything. The decision of the commission is equal to court decision. The farmers in the US, Latin America and Ukraine are quite similar and the share of forward sales far before the beginning of planting campaign can reach up to 35%. Ukrainian farmers gained an excellent stimulus to finally start hedging and insuring… Those who live through poor harvest.

- What should be expected from the Ukrainian market of corn and what factors should be looked at?

- We are considerably lagging behind in terms of corn export even as a percentage of the harvest. It means, that there is going to be moment where we start to ship fast and many. Which either means cheap corn, or China or some other country will come for corn. Also, we should not forget the news about Phizer. All in all, the humanity owes a lot to this company – from viagra to vaccine.

For now, corn market has an unexpected hole, which will grow wider if the crude oil continues to rise and ethanol demand will recover. Also, the prospects of corn plantings in Argentina and Brazil are uncertain, because they are at the beginning of a season. And we should bear in mind that they constantly have some problems with unstable currencies, strikes and taxes.

All in all, corn is still sensitive to reactions on news and tries to find support in everything. At this point, even despite the decline of production and growth of consumption, the global Stock-to-Use ratio is only 1.6 points lower than last year.