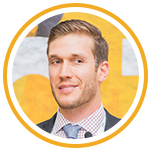 This season, the production of soybean will be close to record in the USA, and the Brazilian crop is expected to be the record high. Moreover, there will be an increase of soybean production in Argentina. Thus, the global soybean balance is not tough this season, declared Matt Ammermann, Vice President of StoneX Group within the online conference Fat&Oil Industry-2021 organized by APK-Inform on November 3.

“Nevertheless, we need to take La-Nina into account. La-Nina is observed this year again. To my mind, if it strengthens in December, the soybean production will suffer in South America. Currently, the weather is favorable here”, – he added.

Additionally, M. Ammermann pointed out the current low export shipments of US soybean, despite the progress of the harvesting campaign that is approaching to its end. He said that the logistic constraints in the Gulf of Mexico are the main reason.

“In September-January, USA is usually the key supplier of soybean to China. However, this season, China is forced to buy more of Brazilian soybean. Chinese buyers are contracting Brazilian soybean for supply in November-December. At the same time, the export sales of US soybean are almost 2 times lower y/y this season”, - he said.

Besides, the expert added that the current Chinese demand for soybean was lower than expected, as the crushing margin was low in China.