Ukraine to dominate on the world market of sunflower oil

The completed year, both calendar and marketing ones, was quite difficult for Ukraine and its fat-and-oil industry. However, the industry faced not only the negative aspects, which undoubtedly moved the market participants to certain conclusions, but also useful and certainly positive events. The thirteenth international conference "Fat-and-Oil Industry -2014" became one of such events.

It should be noted that despite all difficulties which wehave experienced andare experiencing now, we believed that the conference "Fat-and-Oil Industry -2014" succeeded, thanks to all those whoparticipated in the event. Over 200 delegates from 17 countries attended the conference.

It should be noted that during the secondconsecutiveyear the company Creative Group became the general sponsor of the conference, it is the leading Ukrainianintegratedagro-industrial company, one of the largestprocessors of agriculturalproducts in Ukraine, as well as a member of the TOP-3 of companies-producers and exporters of crude sunflower oil in Ukraine. The company Syngenta became the exclusive sponsor of the conference,it is one of the leadersin development of plant protecting agentsand genetics for high-quality sunflower seeds. Sponsors ofthe event: the large-scale importer oftropical oils inUkraine - the company Delta Wilmar CIS, which indicates the highefficiency of the event and stableinterest of the company inthe conference, the Chinese company Wilmar China,and the company Falcon Ukraine, which is a relatively young inthe oilseed industry, but has significant ambitions.

Traditionally, the event was held under support of the major fat-and-oil associations of the country - the association Ukroliyaprom,and the Ukrainian association of soybean producers and crushersUkrSoya, Ukrainian Agrarian Confederation (UAC). For the first time, International Sunflower Association supported the event.

Within frames of the event there was held the mini-exhibition. In the current year the exhibition demonstrated samples of the major producers and suppliers of technical equipment for the fat-and-oil industry: CPM SKET GmbH (Ukraine) Lumex (Russia), Global Ocean Link (Ukraine), Wilmar China (China), and Syngenta.

The first conference day focused on the seminar "Inspection and certification features of fat-and-oil commodities for enterprises and for exports ". 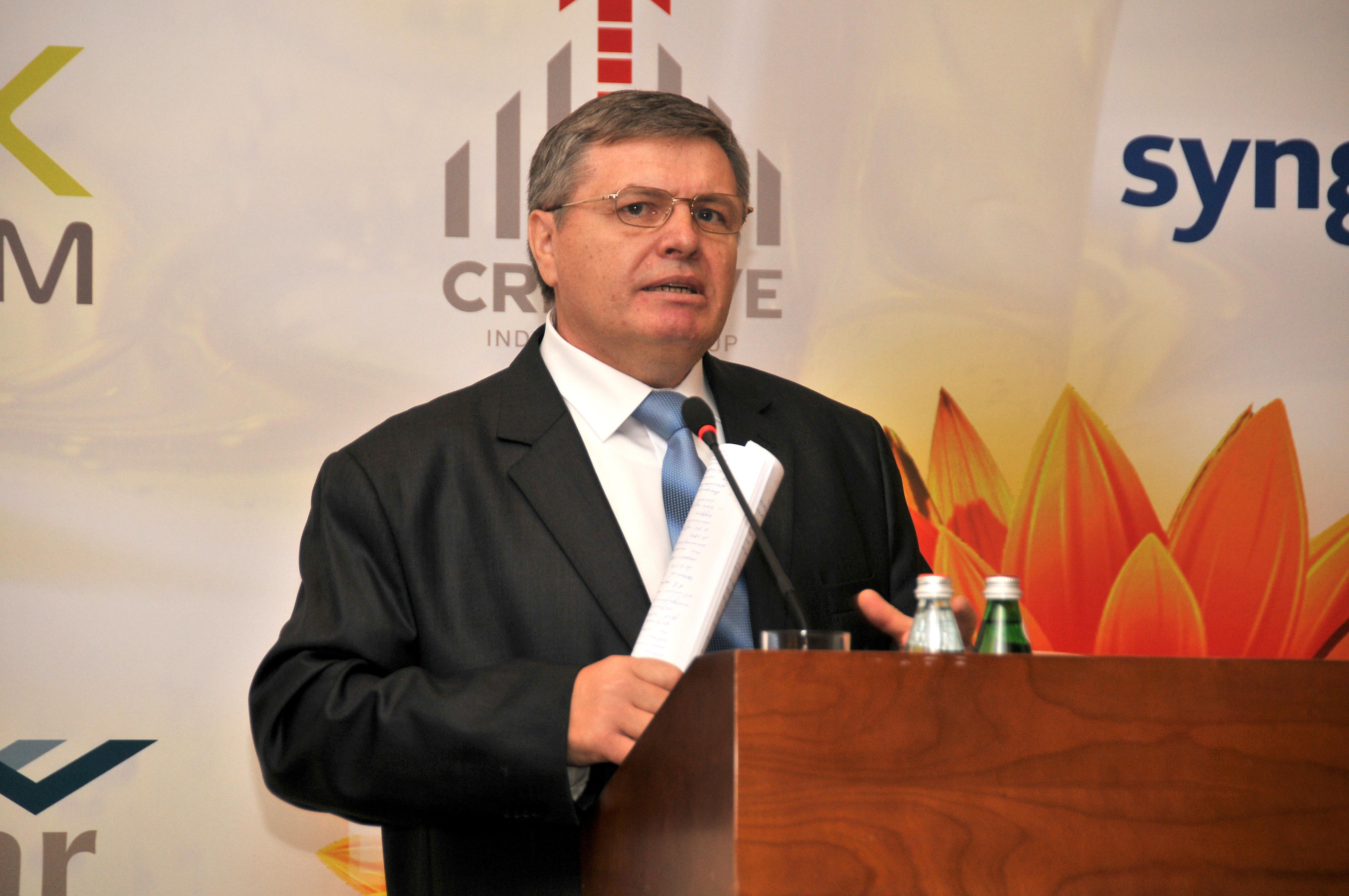 Yuri Davydov , Chairman of the Board of Creative Group,informed on business activity ofhis company – one of the leadersof sunflower oilproduction andexports in Ukraine. The speakernoted that during 7 years the fat-and-oilindustry of Ukrainemade a huge leap, thereby increasing the share of Ukraineon the world market of sunflower oil. To date,Ukraine is the undisputed leader holding56% of the global market of the commodity. As for the new season-2015/15,the expert noted thatthe company estimatesthe harvest of sunflower seed in the current season below the level of 2013/14MY. In addition, there is observed a decline of oilseed processingcapacities to 11 mln tonnes,due to the military conflict in the Donbas.The expert noted thatthe qualitative indices ofsunflower seed became the benchmark ofthe current season,which are slightly higher compared with last season, allowing producers to slow down the sales.

The ceremony of awarding of the leading companies in the fat-and-oil industryin 2014 became one of the most importantmoments of the event. The list of nominees included suchcompanies as Kernel, Creative Group, Syngenta, Olkom, LLC Trading HouseShchedro, etc. 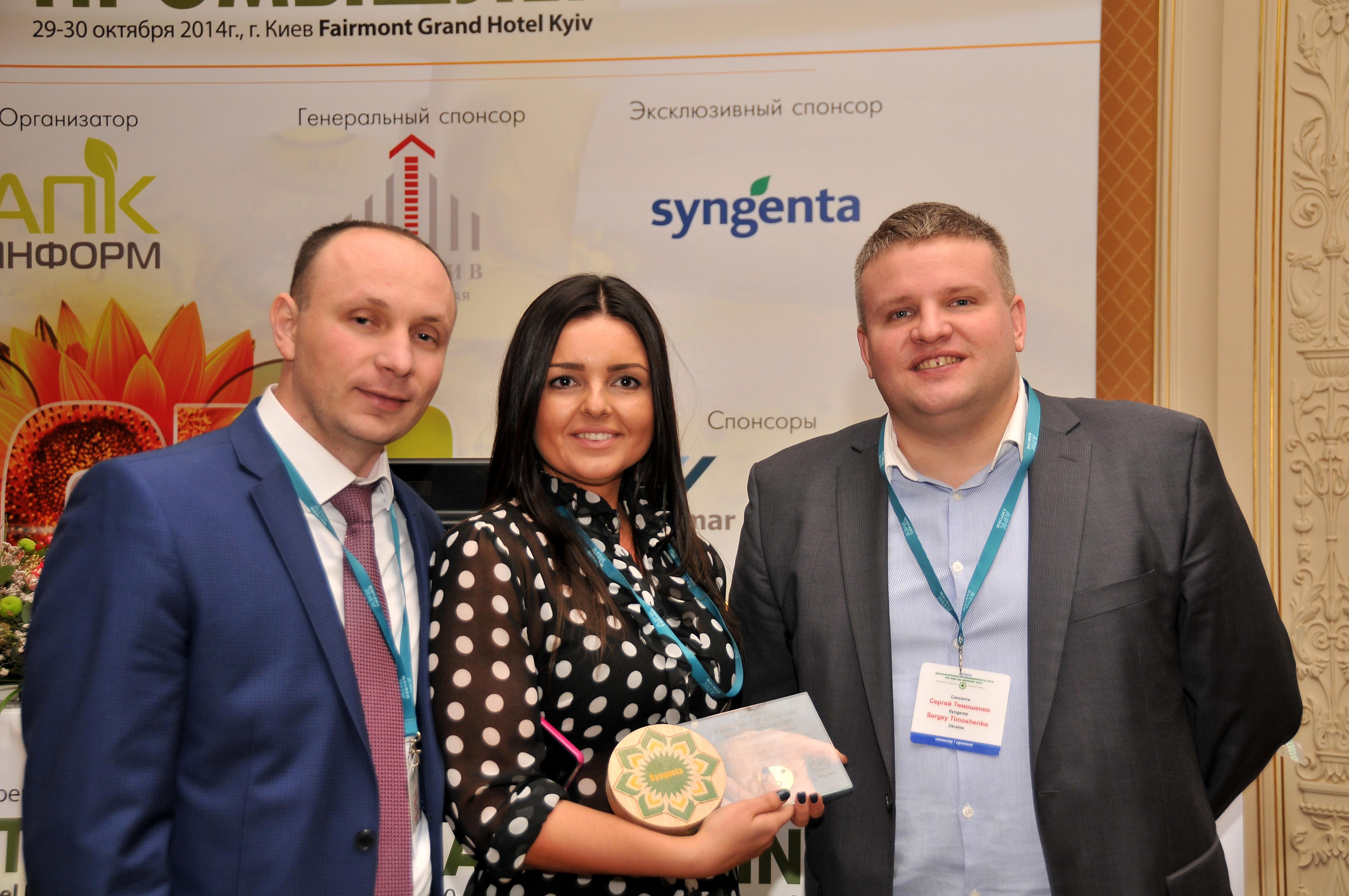 The speech of Remko Rood , Councel for commercial affairs at Falcon Ukraine LLC , opened the second session “Medium-term prospects of the Black Sea sunflower oil on the world market” . Experts forecast the growingvolatility of the oilseed marketin the following years. According to R.Rood, global food markets faced thebearish period, whichoften leads to high volatility. At the same time, the global economic growth will assist to increasing the demand, which in turn willcontribute to development of thevolatility. Therefore,in the coming years it is necessary to be analyze the possible scenarios of development of the globaloilseed market, said the expert. 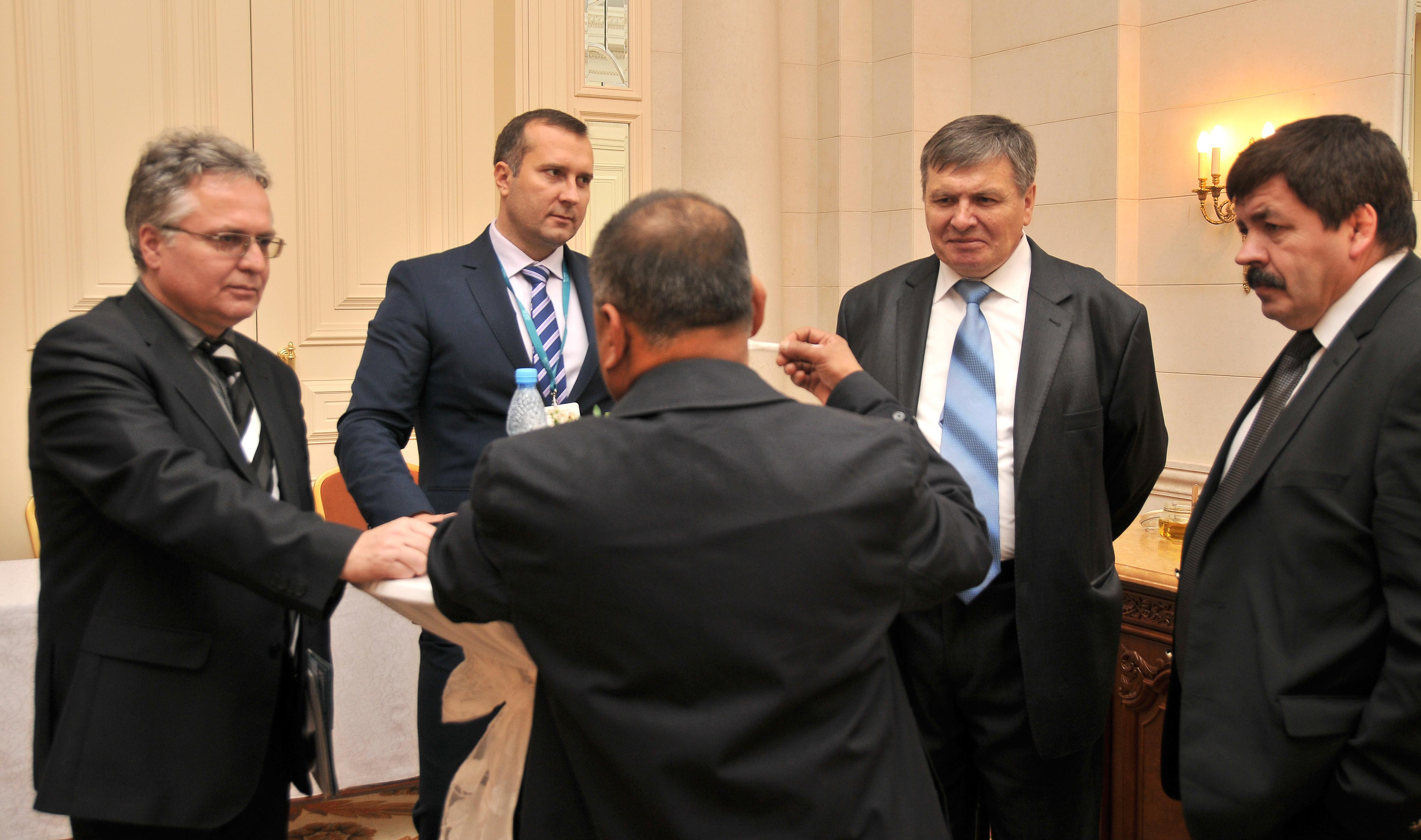 Taking intoaccount the factthat Ukrainecontinues increasingthe supplyof sunflower oilto China, the presentation of Gang Fang , Director of the company Wilmar China, caused rather great interest. Accordingto the customs statistics data,in January-August of 2014 the imports of sunflower oil to China totaled 413 thsd tonnes, up 23% compared with the same period last year. According to the expert, in the current year the general imports of sunflower oil to the country will total 555 thsd tonnes, against 420 thsd tonnes in the previous year. At the same time, to date Ukraine is the key supplier of sunflower oil to China. Thus, in 2014 the share of Ukrainian oil totals nearly 97%, as opposed to 81% two years ago. Argentina takes the second position among the commodity suppliers, with a share of 1% only, against 17% in 2012, said G.Fang.

The presentation of Pelin Ozer , Partner of MPM GIDA SANAYI VE TICARET LTD.STI, finished the second session.P.Ozernoted that in the season-2014/15Turkey will increase the importsof sunflower seed to 900 thsdtonnes, against 600thsd tonnesin 2013/14MY. In the season-2013/14Bulgaria, Moldova and Romania were the main suppliers of sunflower seed to thecountry, explained P.Ozer. According to the expert,in 2013/14 MY Turkeyimported nearly 795 thsd tonnes of sunflower oil. Russia, Ukraine, and Bosnia and Herzegovina are the key countries-exporters of the above mentioned commodity to Turkey. In the newseason there is expected some reduction of sunflower oilpurchases to 700 thsdtonnes, said the expert, adding that to date the share of sunflower oil the structure of vegetable oil imports toTurkey (1.39 mln tonnes) totals nearly 45%.

The presentation ofArtem Skorobogatov , Associated Partner of the International Law offices InterLegal, focused onthe theme "Lien of oil cargoes by shipowners in maritime traffic: how to reduce risks and losses".

Constantine Romashko , Head of the agenting service of LLC Novik, highlighted the concept ofthe hub as a specialized platformto trade edible oils. In addition, theexpert paid attention to the history of the main groups of terminals within one port,and shared plans for further development, and the analysis of the potential of the terminals in Ukraine.

The presentation of Pavel Mirzak , Head of the Vinnitsa branch of Global Ocean Link, was the final speech. The expertfocused on thelogistical problems of the oil filler cargoes at export/ import operations in the Black Sea basin.The share of vegetable oils export transportationin flexitanksin 2013/14 MY totaled 5% of the general volume (nearly180`757 tonnes).At the same time, inthe first quarter of2014/2015 MYthe export reached31`086 tonnes,said the expert. The main problemsin of vegetable oilstransportation inflexitanks includes: deficit of empty containers due to the falling imports andthe growth ofexports from Ukraine;increasing of the freight exports; workload of the port andrailway junctions; poor condition of the road surface, which leads to damaging to containers during motor transportation.

Summing up the results of the conference, on behalf of the whole APK-Inform team, I would like to express my sincere gratitude to the partners andsponsors of the conferencefor their assistance in organizing and holding the event.

A nna Platonova,Head of the organizational committee of the conference