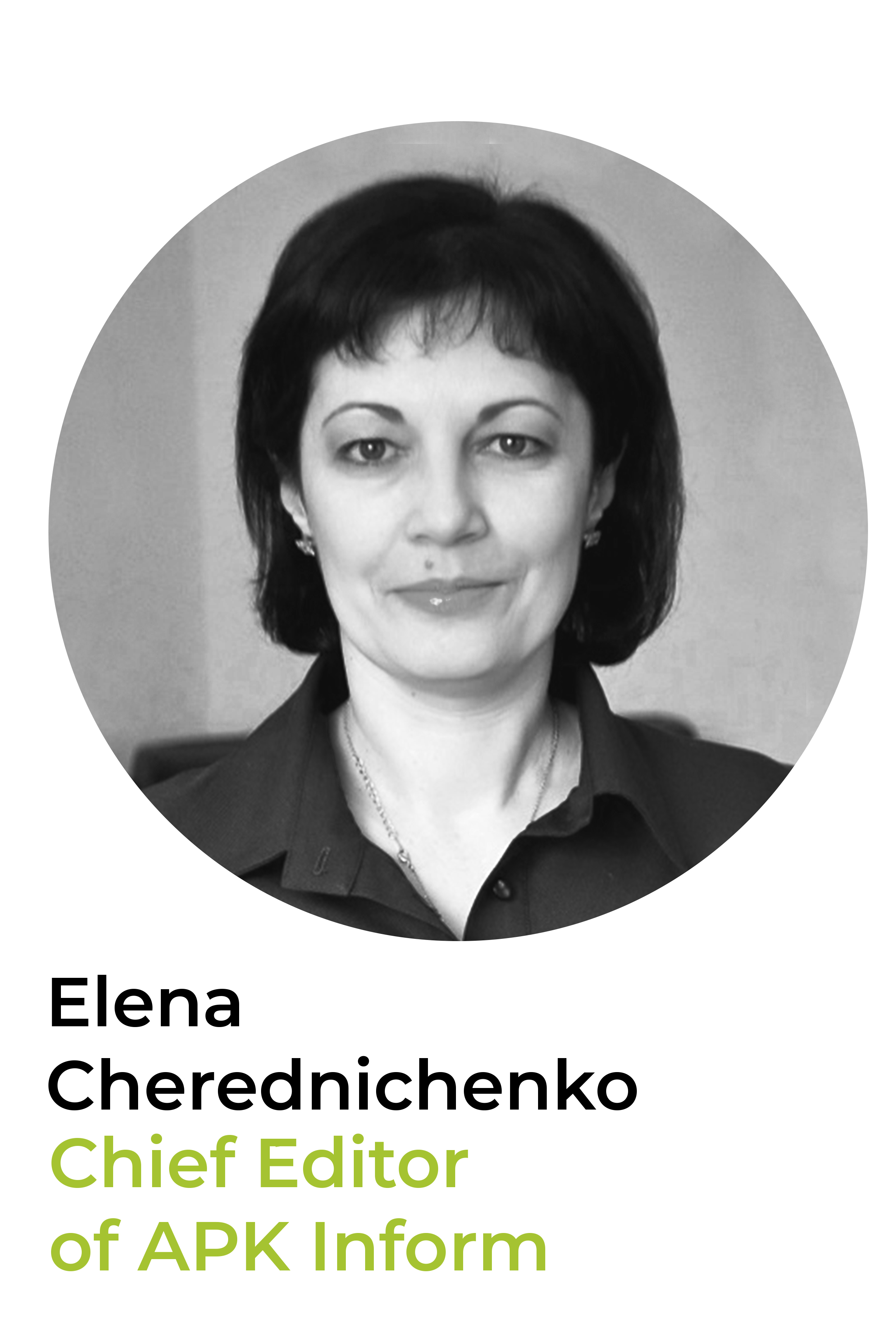 Every new year, Kazakhstan continues strengthening its positions on the global oilseed market, and annually increases the production and export volumes of oilseeds and by-products. First of all, the high demand of major importers of raw materials and its by-products contributes to active development of the oilseed market sector of Kazakhstan. The factor became one of the most important ones within frames of the second international fat-and-oil conference of Kazakhstan "KazOil 2018", which was held on November 28-29, in Astana (Radisson Hotel Astana).

However, in the period of the industry formation throughout the whole chain — from agricultural producers to buyer — it brings up a lot of issues that have its downward pressure on the further development of the industry. Therefore, nearly 200 delegates from 18 countries showed a great interest in the open discussion by professionals of the most topical issues related to both market trends and agricultural technological aspects. The geography of participants covered such countries as Kazakhstan, Russia, Ukraine, Tajikistan, Uzbekistan, China, Iran, India, the United Arab Emirates, European countries, etc.

Also, the high level of support from various industry organizations and companies witnessed the significance of the event. The leading trading company of Tajikistan, Rohi Somon became the General sponsor of KazOil 2018. For the second year in a row, the ULE "Grain Union of Kazakhstan" became the General partner of the event, and JSC National Company Food Contract Corporation — the Exclusive sponsor. The Ukrainian company VEKTOR Company Group was the Technology sponsor. Also, SGS Kazakhstan Ltd JSC, JSC Holding KazExportAstyk, Agrarian Credit Corporation JSC and Eurasia Group were the sponsors of the event. The conference was held under support of Global Environment Facility and the United Nations Development Programme (UNDP).

It is worth noting the high level of international and national experts who made their presentations within the event. Hereinafter, I will provide the major speaking notes.

The leading analyst of the global oilseed market and the Director of the worldwide known consulting company LMC International (United Kingdom), David Jackson became the real "star" of the conference in the current year, and made a report "Global market of vegetable oils".

The main message announced by the expert during his speech — reduction of the areas under palm contributes to extension of the planted areas under other oilseed crops.

According to D.Jackson, for several recent years the global market faced the tendency of reduction of the planted areas under oil palm, due to the environmental factor (some consumers started giving up palm oil usage, because of deforestation processes and poor environmental impact). In terms of keeping of the trend, the global supply of palm oil will also decrease, which will require the growth of the planted areas under other oilseeds to compensate the production volumes of vegetable oils. Therefore, by 2023 the planted areas under soybeans can increase to more than 200 mln ha, rapeseed — almost 100 mln ha, and sunflower seed — nearly 75 mln ha, said the speaker.

At the same time, he noted that from year to year the global production of vegetable oils continues increasing, and to date the annual growth in palm oil production totals nearly 7.9%, palm kernel oil — 7.4%, rapeseed oil — 6%, soybean oil — 4.4% and sunflower oil — 3%.

Also, the Senior market analyst at the International Grains Council (UK), Peter Clubb covered the topic of the global market of oilseeds.

According to the IGC figures, for the last decade the significant increase in demand for soybeans contributed to the growth in the global production of oilseeds crops. The trend mainly developed, due to:

— continuous population growth, economic development and changes of the customer preferences are the basis of the current increase in meat and fish consumption, especially in the developing countries;

— soybeans are most commonly used because of their relatively higher protein content;

— increasing of vegetable oils consumption in terms of changes in human diet and the population growth;

— sunflower is eaten as seeds, while soybeans are used in such foods as tofu cheese; non-GM soybeans are often required;

— increasing of biodiesel production in terms of the growing demand for renewable fuels.

In the season-2018/19, the global production volumes of oilseed crops will continue increasing, explained P.Clubb. In the current MY, the production of sunflower seed can reach the maximum result for 10 recent years — nearly 50 mln tonnes. At the same time, the general volumes of the oilseed trade will slightly decrease — to 2.2 mln tonnes, against 2.5 mln tonnes in the previous season, while the foreign shipments of sunflower by-products will somewhat increase.

Also, P.Clubb specified that Kazakhstan will reduce the export volumes of sunflower seed — from 331 thsd tonnes in 2017/18 MY, to 310 thsd tonnes, expected in the current season.

According to IGC estimations, the Chinese demand for Kazakh sunflower seed will increase in terms of the reduction in soybean imports, as well as due to the growth of Chinese processor demand for GM-free vegetable oils. In addition, Kazakhstan can increase the shipments of sunflower seed to Uzbekistan, due to the high consumer demand in the country.

Kazakhstan is the main producer of oilseeds in Central Asia

The Manager of field seeds development department at Syngenta Kazakhstan, Olzhas Tursunkulov continued the topic of the role and place of Kazakhstan on the global and regional oilseed market. The expert noted that Kazakhstan is the main country-producer of oilseeds in Central Asia. Every year, Kazakhstan continues increasing the planted areas under oilseeds, which already exceeded 2.8 mln ha in the current year. So, in Uzbekistan the planted areas under oilseeds totaled nearly 40 thsd ha, Kyrgyzstan — 30 thsd ha, Turkmenistan — 6 thsd ha, and Tajikistan — 4 thsd ha only, the expert said.

At the same time, Kazakhstan still continued increasing the areas under oilseed crops. In particular, the cultivation of sunflower seed demonstrates the stable growth rates — in 2018, the planted areas reached 865 thsd ha. Also, agrarians planted rapeseed throughout almost 375 thsd ha, up almost 47% compared with the same figures last year. In addition, the planted areas under flaxseed increased by almost 30% — to 1.1 mln ha. At the same time, for five recent years the areas under the oilseed grew by 170%. However, the domestic consumption of vegetable oils in Central Asian countries exceeds the production figures in the region. Since Uzbekistan, Tajikistan, Kyrgyzstan, and Turkmenistan have some limitations in the planted areas, and their cultivation technologies of oilseeds are at the low level, the fact that for five recent years, Kazakhstan increased the planted areas under oilseed crops in 5 times, is insufficient for the region.

Records of the Kazakh flaxseed market

Flaxseed as one of the main oilseeds of Kazakhstan drew the special attention at the conference. Thus, in 2018/19 MY the country will harvest the record harvest of flaxseed — nearly 700 thsd tonnes, declared the Key Account Manager at PETKUS Technologie GmdH, Natalya Skuratovich with reference to the figures of Oil World.

According to her, the figures will increase by almost 30%, compared with last year. Also, Kazakhstan will become the absolute leader in the production of flaxseed, exceeding the level of Russia, which in the current season will harvest nearly 600 thsd tonnes of flaxseed, and Canada — nearly 494 thsd tonnes.

In the current season, the exports of the Kazakh oilseed will total 540 thsd tonnes, which will also significantly overcome the figures of 2017/18 MY, when the shipments on foreign markets reached 420 thsd tonnes.

As for the priority markets for development of sunflower seed exports from Kazakhstan, of course China is the best one, because it is largest global consumer of sunflower oil, as well as the largest country-importer. But the presence of the common border and various projects for development of the transport infrastructure gives good chances to Kazakhstan to increase the supply of its products on the Chinese market.

On the Chinese market, soybean, rapeseed, palm and peanut oils are the most popular ones, but in recent times the market faced the growing demand for other types of oils. As for sunflower oil, the consumption rates grew faster compared with the average rates of the general market of vegetable oils. For eight recent years, the share of sunflower oil on the market increased from 3% to 7%, said the Manager of field seeds development department at Syngenta Kazakhstan, O.Tursunkulov.

He explained that increasing of the income of the middle class, and rapid growing of the level of urbanization, allows to much larger number of consumers to shift from the cheapest food products to the more qualitative ones, including the use of high-quality packaged vegetable oils.

For ten recent years, the big cities such as Beijing and Shanghai, etc., tried to increase the level of consumer safety and ensure that the market is filled with high-quality products at the legislative level. According to the latest monitoring of Euromonitor agency, Chinese consumers pay more attention to the advantages of the product, which provide positive effects on the human health, and therefore, they consider sunflower oil as the healthy alternative to other products.

Iran as the prospective export destination

At the same time, the conference paid attention to another market, which is quite prospective for development of the Kazakh exports — Iran. The Commercial Affairs Manager at the Iranian Vegetable Oil Industry Association (IVOIA), Sareh Amya made her report about the oilseed market of Iran.

The country purchases the major volumes of sunflower seed from Ukraine, the USA, Brazil and Argentina. At the same time, for 5 recent years Iran increased the domestic production of rapeseed, and the harvest volumes increased in 3 times, S.Amya said.

Camelina can become the strategically important and prospective crop in Kazakhstan

According to the Director at Casus Bio Oil Trading UG, Raissa Steinik, in Kazakhstan the cultivation of camelina can become the strategically important and prospective business.

The demand for the reporting oilseed will keep steadily growing, mainly as the deep processing of camelina and inclusion of its protein components to food products and for other purposes.

She called the major advantages in cultivation of the oilseed, including the ability to plant camelina in the autumn campaign, due to high winter resistance of the oilseed, exceeding winter rye figures. Also, camelina is quite poor soil-demanding, and demonstrates good pest- and weed-resistance features. In addition, the crop sprouts are cold-resistant, with low demand for heat. The oilseed has rather short vegetative period, especially its winter form.

However, R.Steinik noted that only strong and long-term cooperation can make camelina cluster as successful business.

According to her, the camelina cluster includes cultivation, treatment, buyer, processing, sales, and exports. Because camelina is the non-waste oilseed. Of course, it is more profitable to sell camelina seed oil as the diversification product, instead of camelina, because its market value increases in terms of the higher processing level of the oilseed. As the diversification product, camelina has the five-time value in contrast to wheat! The market segment will raise additional investments and create new technologies in Kazakhstan.