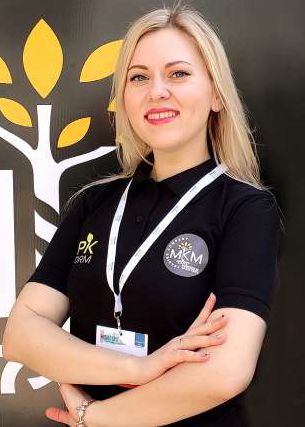 On March 3 of 2020 the leading representatives of the grain and oilseed business met in Cairo at the 6th international conference Middle East Grains&Oils Congress.

Middle East Grains&Oils Congress 2020 – is a unique business-ground devoted to the key trends of the agrarian sector and the place of meeting of the international community of the agriexperts.

More than 130 delegates from 18 countries met in the capital of sunny Egypt to discuss the trends and prospects of the agritrade in MENA region, also paying attention to the quality of the imported grains and oilseeds to Egypt and MENA countries, to the legal aspects of the trade in the region and the analysis of the freight market, etc. 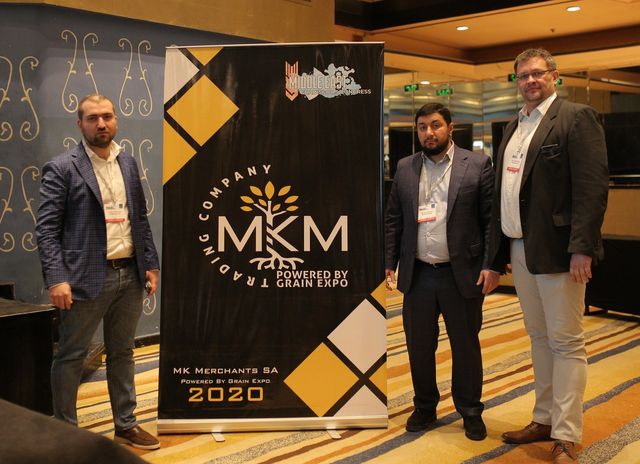 The general sponsor of the conference was MK Merchants SA powered by Grain Expo – the team of professionals in the area of agriproducts trade which for 3 years of its operation on the global market has proved itself as reliable trader of grains, oilseeds and its byproducts. The exclusive sponsor of the event was the Group of companies «EFKO», the leading exporters of sunflower oil, which is the leader of the food industry in Russia and is also one of the 3 largest agrarian companies in Russia. Moreover, the conference was supported by such influential companies as: United Oil Processing and Packaging, Myande, TD Fregat, CME Group, Astra Limited, and also Corporation «AgroVista».

This year the program of the conference consisted of three blocks: the global trends of agricultural commodities trade, exporters vs importers of grains and oilseeds and also workshop of Risk management strategies and diverse pricing mechanisms in physical contracts in the Black Sea market.

During the first session of the event the participants discussed the prospects of the global market of grains and also of the development of the oilseeds segment. Separate presentations were also made on the current situation in river logistics in Ukraine and the practice of the optimal implementation of the large scale projects of the oil-extraction plants.

Thus, Karim El Afany, Grains Pricing Specialist of EMEA S&P Global Platts spoke about the main global trends of the wheat market development in the current season and the main players on this market.

The growing position of the South American countries on the global market was the main topic of the report of Anderson Galvão Gomes, Founder & CEO of the agency Celeres.

The separate attention was payed to the issues of the river transportation of agriproducts in Ukraine. Oskar Neudert, Head of Trading Department of HTU SA / AgroVista Agroholding during his speech told that the part of the goods transported via inner water routs of Ukraine in the near-term can double and reach 20% of the total volume of the freight transportation.

During the second session of Middle East Grains&Oils Congress the experts focused attention on the role of Egypt, as a main importer of grains in the world, which makes the country one of the main distribution market for Ukraine and Russia and opens extensive prospects for soybean and edible oils sectors.

Also speaker told about the significant increase of the deliveries of Ukrainian soybeans to MENA market during the FH of 2019/20 MY – to nearly 1.2 mln tonnes compared to 0.5 mln tonnes in the same period last season (2.4 times growth), which amounts to 75% of the total export volume of the oilseed in 2018/19 MY to this region.

The experts also discussed the Russian oilseeds market. «Together with the increase of the sunflower seeds production Russia increases the production of sunflower oil. In 2019/20 MY the production volumes of this oil can reach 5.8 mln tonnes (+15.3% year-on-year), and the export - 2.9 mln tonnes (+26.5%). Herewith, the export of sunflower seeds from Russia in 2019/20 MY can increase nearly 3 times - from 354 thsd tonnes in 2018/19 MY to 1.03 mln tonnes in the current season» - as said Anton Gritsay, Vegetable Oils and Oilmeals Trading Director of EFKO Group of Companies. Also speaker noted that China, India and Turkey are the main importers of Russian sunflower oil this season.

We should separately highlight the trends of the development of the wheat trade in Russia, discussed by Andrey Manenko, Grain Trader, FREGAT. The speaker noted that since the beginning of the current season (July-December of 2019) Russia exported to Turkey 4.72 mln tonnes of grain, which is 61.6% higher year-on-year, thus Turkey overtook Egypt’s position among the TOP-10 key importers of Russian wheat.

The program of the conference was ended with the educational workshop, which was headed by Alexandre Bobylov, Senior specialist on commodities derivatives, Agricultural division, EMEA S&P Global Platts and Eric Hasham, Senior Director, Agricultural Commodities, CME Group. The workshop was devoted to the overview of the Black Sea wheat and corn futures, as with the increase of the Black Sea grain on the global market and their influence on the global trade the necessity to regulate the risks in terms of the high prices volatility on the grain increased too.

In conclusion of the again successful event, we want to express our gratitude to all the sponsors, bright speakers, participants for the active position, help and the support to the international conference Middle East Grains&Oils Congress 2020. See You on our next events!