Ins and outs of the planting campaign-2020 in Ukraine: experts and farmers opinions

It is no secret that the weather conditions are one of the main factors that determines the volume and qualitative features of grains of the future harvest. Therefore, to date all experts and market participants are actively discussing changes in the climatic conditions in the world. The main question is how will the weather factor affect the time limits and progress of the planting campaign-2020, and directly the harvest figures of grains and oilseeds.

The Ukrainian Hydrometeorological Center forecasted that taking into account the actual moisture content in the soil in the autumn and the precipitation depth in the winter period, the moisture treatment of the meter soil layer under winter crops in the beginning of field work in the spring of 2020 throughout the majority of planted areas mainly became less than the average long-term figures (121-190 mm). In particular, the low level of productive moisture (70-100 mm) in the spring can be formed in Odessa, Mykolaiv oblasts, many raions of Kherson, Zaporizhia, Kirovohrad oblasts, some raions of Cherkasy, Vinnytsia, Poltava, Kharkiv, Sumy, Zhytomyr and Rivne oblasts.

Nevertheless, the majority of Ukrainian agrarians surveyed by APK-Inform Agency noted that they do not fear of the impact of the climate factor, and plan to take the necessary measures to minimize its negative consequences. In particular, agricultural producers from different oblasts of Ukraine hope that neither dry autumn, nor abnormally warm winter, nor even the low soil moisture reserves, will become a significant problem for them. In fact, they noted that they have to adapt to the changing weather conditions every year, and therefore the current planting campaign will develop in the same way as in many previous years, taking into account the features of agro-climatic conditions. 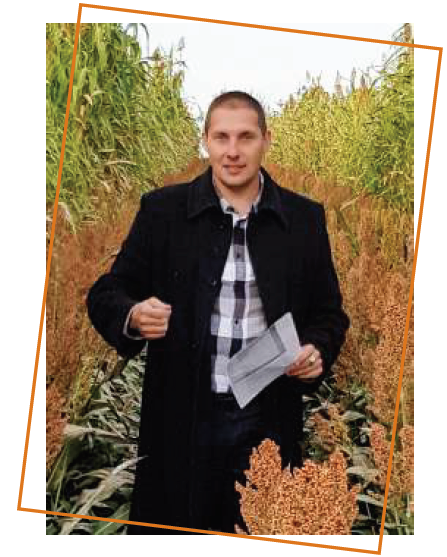 In order to estimate the real impact of the weather factor on the planting campaign -2020 in Ukraine, and learn about the existing methods of receiving of the stable high harvest volumes, APK-Inform Agency interviewed the Acting Director of Synelnykove Selection and Research Station of the Institute of grain crops under the National Academy of Agrarian Sciences (NAAS) of Ukraine, Volodymyr Sereda.

Our enterprise is the scientific institution that includes six scientific laboratories, including three selective laboratories. Therefore, we mainly provide acclimatization of agricultural production to the weather conditions by creating the varieties and hybrids, resistant to abiotic factors.

In particular, our enterprise manages the laboratory specializing in the technology of winter crops growing. It is used to study the timing of planting works, planting rates, the role of forecrops, as well as feeding of the crop (fertilizer rates depending on the forecrops, methods of application, etc.).

At the same time, inclusion of heat-resistant crops to the crop rotation, such as sorghum, is one of the factors reducing the negative impact of the weather conditions. Synelnykove Selection and Research Station works on selection of sorghum in four directions — sugar, grain, broom and grass sorghum, which together cover more than 10% of the planted areas we use.

In addition, the crop rotation is the important tool in hands of competent agronomists. For good reason, the economics of crops has always been considered not separately, but within frames of crop rotation. Generally, we still have the best chance to meet the season-2020 with dignity.

I’d like to note that the structure of the sowing areas in our institution on 2020 will differ from 2019. We are going to decline the areas under sunflower seeds. In 2019, they totaled 17% of the areas, and this year — 12-15%, because of first of all our specialization (grains) and because we are part of the National Academy of Agrarian Science of Ukraine.

The cancellation of “soybean amendments” made adjustments to the structure of planting areas. In 2019, we decided to diversify the crop rotation with soybeans and to start using the symbiotic beneficial affect of the nodule-forming bacteria.

The cancelation of “soybean amendments” will allow us to sell the crop higher and will simplify the logistics, as there is Nibulon terminal is approximate proximity and we concluded the contract. Also, we should note that the Institute of grains of National Academy of Agrarian Science conducts a selection of pulses (chickpeas, lentils, china, beans and vetch). We will study the possibilities of these crops and the expediency to include them in planting areas structure. Generally, our aim is 30-35% of pulses in planting structure.

The 2019 was quite difficult for as for many other agrarians, thus we cannot afford everything we want. And we decided to increase the use of the fertilizers by means of dosing.

Once again, I want to emphasize the importance of crop rotation. The use of pulses and perennial grasses play special role in ensuring the soil with the nutrition elements.

Ukraine today has a state national program of the reimbursement for the purchase of the domestic equipment and machines, which actually help the agriproducers to renew the fleet. However, I prefer the free VAT better and believe that the government should return this stimuli.

In reality, Ukrainian agriproducers every year evaluate the influence of the weather conditions before the sowing. In particular, the Director of the Velikomagachansryi feed plant, Igor Didenko in the interview to APK-Inform Agency said that its plant every year adjusts to the weather condition before the planting. And the current year is no exception, thus the company constantly measures the air temperature and the stocks of productive soil moisture, as we expect to start the sowing earlier.

Also, because of the low stocks of productive soil moisture during the preparation to the planing the company started to reequip some machines to use the dry and liquid fertilizers.

In general, according to the APK-Inform survey among the agrarians, the increase of the fertilizers because of the weather conditions will become the main tendency of the spring sowing in many oblasts of Ukraine. In particular, the agronomists in AF Gor’kogo, Andrei Tupika told us that this year his farm plans to increase the volumes of the fertilizers over wheat areas.

Moreover, ww should note that Ukrainian agrarians before the spring sowing pay higher attention to the leave for productive soil moisture. For example, the Head of the company Zernivka, Anatolii Boyko told that this year his farm plans to change slightly the technology of the planting in order to measure the stocks of soil moisture and the planting thickness.

Generally, Ukrainian agrarians are rather optimistic concerning the upcoming planting campaign 2020. The weather conditions will not harm the sowing but can bring some changes. Of course, the abnormal high temperature will become of the reasons of the early field works. In particular, according to the agronomist at DP named after Kutuzov D.G. (Odessa oblast), Georgiy Gevreka this year all the spring field works will be early. Also, it is expected that the spring planting will be rather quick. 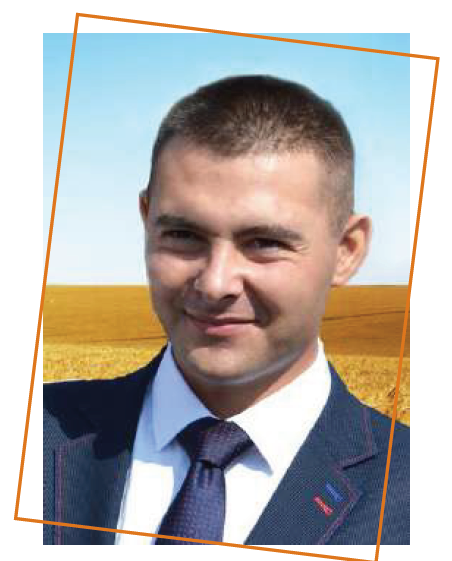 Beyond the planting campaign

Taking into account the specifics of 2019 and what I hear from all the regions of Ukraine the nitrogenous fertilizers will be mostly used. Today the producer increasingly use scientifically grounded approach for the dosing fertilizing and use of microfertilizers. This is justified by the economic effectiveness and impoverishment of soil.

Also I’d like to say that our company aims to make the agriproduction more biological and to reduce the pesticide use, at the same increasing the profitability of the production. We deal in selling of seeds, plant protection products, micro fertilizers and biologies, but in general we plan to develop the innovation consulting business.

In other words, the information should be put on the first place.

For example, speaking of winter wheat, which is more related to me, in 2020 after the winter period we can observe many diseases of wheat sowings thus we have to pay more attention to the preventive and combating measures. Also, after the winter period the crop is weakened. Having the deficit of funds we should remember the common substance such as copper sulfate, which has insecticide and fungicide effect and is a micro element - one of the most limited for winter wheat. It is rather cheap. I recommend using it as a preventive fungicide during the renewal of the vegetation and as an additional fertilizer. The doze is 0.3-0.5 kg of copper sulfate per 1 ha, 7-10 kg of UAN and sticking agent such as Agrolip. The cost of copper sulfate is only 30-50 UAH per 1 ha.

This is an example of the dozing fertilizing, which of course will not sit well with the managers selling the plant protection products, who will try to sell you the fungicide which costs around 300 UAH and are same effective.

I believe that later the demand on one or another types of plant protection products (PPP) will depend on weather conditions. For example, if there are many rains during spring and summer and the temperature is mild, these may cause fungous diseases. However, the preventive measure are always more effective than the treatment.

In particular, one of the steps in this direction was the joint developments with LLC TH SouzAgroConsulting and LLC Khimagromarketing of the improved product Avangard (metolachlor).

Lately more and more areas are used for the planting of grain and saccaratum sorghum. Moreover, the agriproducers prefer more the varieties of heat resistant sunflower seeds and corn. The experiences agronomists try to plant several hybrids with different vegetation period, which minimizes the risks. Recently we can also see a high demand on biologies. The use of these products improves the health of the fields — it is our term to evaluate the general conditions of the field.

We should change the world and start with ourselves, with our perception and remember: we are guests in this world, so let's behave.