The global market continues demonstrating the growing demand for soybeans. In the first spring month of 2020, the major countries-suppliers of the oilseed kept the high shipment rates. The trend developed regardless of the fact that in the reporting period, many countries announced about imposition of strict quarantine measures, due to the COVID-19 pandemic. At the same time, the carry-over stocks of soybeans on the global market still vary at the high level, therefore many agencies started reducing their forecasts of soybean production in 2020.

It is not surprising that in the current conditions the Ukrainian soybean market faces the uncertainty trend resulting in fluctuations of the indicators of both production of the oilseed and its further distribution.

In addition, the President of Ukraine added more fuel to the fire, while delaying the time of signing of the law, which allows returning the opportunity to soybean producers to receive the VAT refund in terms of the oilseed exports.

So, in the season-2019/20 Ukraine decreased the harvest of soybeans to 4.3 mln tonnes, due to reduction of the planted areas by 7%, as well as decreasing of the average yield by 3%, compared with last MY. According to APK-Inform analysts, decreasing of soybean harvest will make the major effect on the domestic consumption of the oilseed. In the current season, the domestic processing volumes will reach 1.9 mln tonnes, down 14% compared with last season. In particular, the processing volumes for oil will total 1.7 mln tonnes, down 15%.

As for the exports, the market segment will face the less significant downward rates. According to APK-Inform estimations, in the season-2019/20 Ukraine will supply 2.4 mln tonnes of soybeans on the global market, down 4% only compared with 2018/19 MY, and down 12% compared with the export figures in 2017/18 MY.

For three recent seasons, Turkey, Egypt and Belarus were the main importers of Ukrainian soybeans, which in the period from September 2017 to February 2020 jointly purchased nearly 61% of all export consignment of the oilseed. Iran is the discretionary importer. So, in 2017/18 MY Iran took the second position in the rating of importers, with the purchasing share of 13%. At the same time, in 2018/19 MY Iran did not even appear in the TOP-10 of importers. In September-February of the current season, the country took the 7th position in the list of importers of Ukrainian soybeans, with the share of 4%.

As for the exports of soybeans in 2019/20 MY, in the period of September-February Ukraine exported a little more than 2.3 mln tonnes of soybeans, up more than 96% of the forecasted export potential. In the reporting period, Turkey (775.6 thsd tonnes), Egypt (437.8 thsd tonnes), and Belarus (286.1 thsd tonnes) remained the leaders in the rating of major importers of the Ukrainian oilseed. Also, Italy purchased 198.2 thsd tonnes of the oilseed, as well as Greece — 101.2 thsd tonnes.

In the reporting period, Egypt and Italy among the TOP-5 of importers significantly increased the purchasing volumes of Ukrainian soybeans in comparison with the whole last season. In particular, the supplies to Egypt increased by 58%, and the exports to Italy — up almost 3.5 times. Taking into account the global quarantine and the export potential of the soybean market in Ukraine, there will be no significant increasing of deliveries until the end of the season, including the direction of key countries-importers. 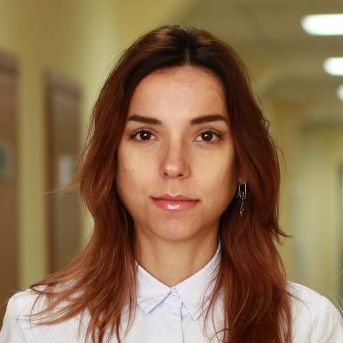 According to the Executive Director at the Seed Association of Ukraine (SAU), Suzanna Grigorenko, the uncertainty with cancellation of the soy amendments somewhat affected development of the soybean market in Ukraine.

According to her, to date the issue of finalization of cancellation of "soy amendments" is still relevant. Despite the fact that the Verkhovna Rada of Ukraine supported the decision by passing the draft law #1210 "On amendments to the Tax Code of Ukraine on improving of the tax administration, removal of the technical and logical inconsistencies in the tax legislation" in January 2020, the President still did not sign it yet. At the same time, in the second ten-day period of January farmers usually start form their precise plans for the future structure of the planted areas. Therefore, there is the deficit of clarity in solution of the issue, which will zero down the executed work, and the trend of discrimination against small- and medium-scale agricultural producers will continue developing. The whole market, and not only the Ukrainian one, continues monitoring development of the situation, and waites for any solution. To date, it is especially important, when the need for food and its maintaining brought to the foreground. At the same time, the import demand for pulses and soybeans started increasing, especially in Central Asian countries. Therefore, Ukraine has to stimulate the further growing of the oilseed in the country and realize the export potential.

It should be noted that Ukraine has high-quality soybean seeds, which is significantly important in terms of the market demands for non-GM products. According to the Ministry for Development of Economy, only in 2020 (January-March) in Ukraine there were officially certified 12762`872 tonnes of soybean seeds (Ukrainian and foreign selection) for planting. At the same time, there were registered 74`537 tonnes of imported seeds only (Canada, France, the Czech Republic). In 2019, Ukraine grew the planted material of soybeans throughout the areas of 13262.41 thsd ha.

Soybean is a really promising crop for Ukrainian farmers. Moreover, seed companies offer increasingly more suitable seed material for the agro-climatic conditions of Ukraine that can make its further cultivation even more profitable.