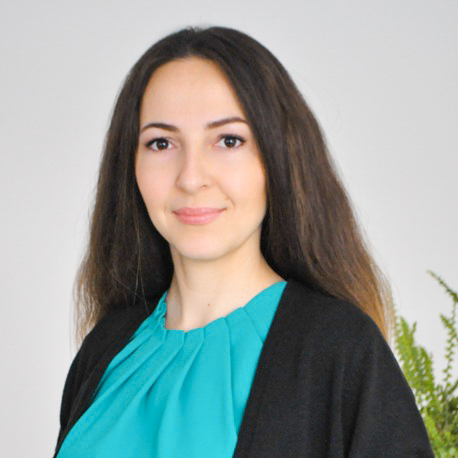 Over the last 10 years, the area under high-oleic sunflower seed declined only in 2017 in Ukraine. Leap 2020 year has seen the record planted area under high-oleic oilseed. However, we will remind 2020 as the year of misplaced hopes. 2020 brought lower consumption of HO oil amid the crisis in HoReCa segment due to the pandemic, decline of prices of HO oil and decrease of premium over the conventional sunflower oil. These factors may cut the interest to HO products in coming years. At the same time, there are some positive moments in this situation. APK-Inform shares its estimations, forecasts as well as opinions of a number of experts.

High premium and good demand for HO sunflower seed pushed Ukrainian farmers to extend the planted  area under the oilseed for the third consecutive year to the record 560 thsd ha* in 2020 (+25% to 2019). Lockdowns were widely spread during the planting campaign, however, their consequences were hardly foreseen and the premium remained attractive. Moreover, the deficit of soil moisture has not left any notable choice for farmers. Thus, the overall planted area under sunflower seed increased in Ukraine. The record crop was expected. However, the weather hurt the yield as there were no rains for a long period of time. However, hopes for good sunflower seed crop have not been fulfilled (while contracts were signed), farmers turned to be reserved sellers that fueled the prices of oil on the global market, while the premiums of high-oleic products were nearly vanished.

The bid prices of high-oleic sunflower oil increased from 810 UAS/t FOB Ukraine in late August to 1210 USD/t as of the end of 2020 (+50%). The prices exceeded the peak of July 2019. However, the premium reached 430 USD/t in July 2019, while the current premium is as low as 5-20 USD/t. at the same time, the current prices are up by average 20% compared to the same period of 2019, when the premium was about 200 USD/t. There are no premium for high-oleic sunflower seed at all or it is 10 USD/t maximum. The trade is low in high-oleic segment due to high prices of conventional sunflower oil and uncertainties raised by the coronavirus pandemic.

COVID-19 had negative affect on high-oleic sunflower oil consumption in Europe in 2020. We estimate the decline of overall demand by 17% compared to the potential. It reached 858 thsd tonnes. Food service sector suffered the most. Consumption more than halved here and reached 108 thsd tonnes against 240 thsd tonnes expected. The demand in the sector of snack production decreased by 6.7% to 630 thsd tonnes. The use of high-oleic sunflower oil in other segments (production of cookies, bottled oil for retail, oleochemistry, cosmetics, etc) remained unchanged at 120 thsd tonnes.

It seems that the start of 2020/21 MY was the most difficult for market participants in a long time. Significant spread between prices of seed and oil at the time of signing of forward contracts and at the time of their fulfilment resulted in many defaults. Moreover, delay of harvesting postponed the start of processing by half of a month. Growth of sunflower seed prices, limited number of offers and the need to fulfill contracts for oil delivery put processors in the hot seat. They were forced to buy sunflower seed regardless the content of olein.

Now, we need to understand whether the supply of high-oleic sunflower oil is able to cover the demand under the current conditions. I suppose, that the premiums will restore after the I quarter of 2021.

Production of high-oleic sunflower oil exceeds the demand in 2020 in Ukraine as well as in other countries. Growth of planted area by 25% offset the decline yield by 13%. As the result, crop is 1.3 mln tonnes that nearly matched the last year level. However, large share of high-oleic sunflower seed will be sold as conventional sunflower seed (up to 40%) amid roaring demand for conventional sunflower seed and the minimal premium for high content of olein. The gap between potential and real “clean” product will be the highest over the last year.

The main demand on Ukrainian HO sunflower oil is observed traditionally from European countries owing to zero import duties as opposed to Russian and Argentinian origin. In 2019/20 MY there were 260 thsd tonnes delivered to this region compared to 200 thsd tonnes y-o-y. however, the share of the EU in the total volume is declining because of higher exports to China, and also to the US, Malaysia, Australia and UAE. Since the second half of the previous season China has become the main importer of the Ukrainian product and remains such. In total the HO SFO deliveries to this destination amounted to more than 75 thas tonnes compared to 4-7 thsd tonnes in the previous 3 seasons.

In September-December of 2020/21 MY Ukraine exported 160 thsd tonnes of HO sunflower oil, plus 10% year-on-year. In the current season we expect the further decline of the EU share in the total exports: to 50% against 58% in the previous MY. Mainly, this will happen due to strengthening of positions of China and the US, and also lower demand from Spain – the leading buyer in 2019/20 MY. For the first 4 months of 2020/21 MY the country imported only 9.4 thsd tonnes of HO sunflower oil compared to 42 thsd tonnes in the previous season. This is explained by the growth of Spain’s own production of the product and more competitive prices on the local product.

Spain and Portugal planted 10% more areas under HO sunflower seeds for 2020 crop. The production of HO SFO is estimated at 110-130 thsd tonnes compared to 100-118 thsd tonnes last MY, and it could be even higher but for the drought and lower yields. Also, Spain imports quite a lot of this product – 100 thsd tonnes in 2019/20 MY, including 85 thsd tonnes from Ukraine. However, in the current season we should expect lower imports because of less attractive prices and unstable demand from HoReCa. The buyers of HO oil usually cover only short-term market requirements, trying to pay the premium as low as possible.

In October our company has shipped first batch of HO sunflower oil of 2020 crop to China. The segment of High Oleic oil and organic products is a priority in the export activities of the company, thus UKROLIYA ORGANIC plans to continue increasing the sales to China and neighboring Asian countries.

In general, the geography of the shipments of HO sunflower oil from Ukraine is quite wide and currently includes more than 50 countries. At the same time, the first ten countries account for 87% of the total exports (as of 2019/20 MY). Moreover, on the Ukrainian market there is a tendency to increasing of the market participants – both the producers and exporters. The largest of them are ViOil, ADM Ukraine, Bunge, Kernel, UKROLIYA, Oilseeds Black Sea, Melitopol oil extraction plant, Delta Wilmar CIS, etc.

There is a clear upward trend in the export of refined HO sunflower oil. For the last 3 seasons the volumes increased from 15.4 thsd tonnes to 68 thsd tonnes which is 15% of the total exports. The USA are the unconditional leaders among the importers in 2019/20 MY with 40% share (27.5 thsd tonnes), and Bunge, UKROLIYA and Melitopol Oil Extraction Plant are the largest exporters.

This season is good for HO sunflower oil because the low premiums will stimulate the consumers, who have not tried it before, to try it and evaluate all its benefits. This will give the possibility in the future to increase the demand for this product, which earlier was rather expensive and out of range for some, and in the current season there is a chance to try it. So, there is a potential to attract new consumer, new buyer in a long-term perspective. Thus, current situation is natural and good for High Oleic sunflower oil.

Thus, despite the growth of areas, in 2020/21 MY there is a high possibility that the bigger part of HO sunflower seeds will be sold as usual sunflower seeds owing to significant rise of prices for sunflower seeds and the minimal premiums in the FH of the season. Also in the future, the consumption volume of HO oil in the context of quarantine in the world is unclear. Speaking of the prospects for 2021/22 MY, there are chances for recovery of the premiums in this market segment due to forecasted decline of global harvesting areas under HO sunflower seeds.