Season of paradoxes for Ukrainian market of peas: one year without India while prices growing 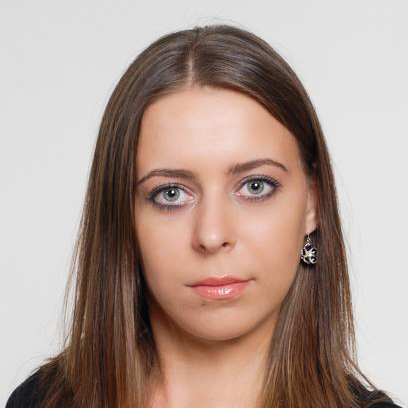 2020/21 MY is a season of paradoxes for Ukrainian market of peas. Ukrainian peas is increasing its presence on the global market. At the same time, Ukraine lost such large market as India.

Market participants were dealing with lower demand and were looking for alternative markets, while production declined and competition increased. Everyone was waiting for price surge. After a year without the Indian demand, the prices of peas have exceeded historical high.

Peas is export-oriented crop in Ukraine, while the domestic consumption stagnates.

The market of peas has been developing for many years attracting more and more farmers, as the crop was quite profitable and good for crop rotation. Export of peas remained rather promising with India as the key destination. There were no and likely would not be any alternative markets. Demand from Turkey and Pakistan is not that high. Moreover, they prefer Russian peas. Ukrainian exporters have not even really tried to find alternative buyers, as the demand from India was growing fast along with its population.

That is why all hopes of Ukrainian traders and farmers were vanished, when India decided to support domestic prices via raising import duty on peas. Moreover, India required fumigation of agricultural products with bromomethyl (banned in Ukraine). Ukraine continued exporting peas to India for some time, however, the volumes was low.

As a result, planted area under peas start declining in Ukraine. Adverse weather affected the yield as well. Thus, the supply of peas decreased on the domestic market that was a bullish factor for prices. Higher deficit of supply causes higher prices that leads to area extension and it continues around a circle.

Looking back at 2016/17 MY, sharp appreciation of peas at the end of 2015/16 MY led to larger planted area under the crop and record high production. But something has gone wrong. Export of Ukrainian peas to India was absent in 2020, while Russia shipped 1.2 thsd tonnes only. Russia exported only 6 tonnes of peas to India in the first 5 months of 2020/21 MY.

Lower demand and decline of prices in Ukraine resulted in decrease of planted area under peas. After that, the prices started have been growing sharply since the start of 2020/21 MY.

Despite overall volatility (especially on export market), the prices of peas were mainly growing due to reserved farmers’ sales and gradually declining stocks. According to APK-Inform, planted area under peas decreased by almost 7% in 2020 and yield declined by 8% due to unfavorable weather. Thus, production of Ukrainian peas totaled 489 thsd tonnes, down 15%.

The prices were also supported by strong competition between exporters and processors. Latters were raising their prices to level close or even exceeding the prices of traders during the main part of the first half of 2020/21 MY. The same price development on neighbor markets (soybean and some niche crops) pushed the prices of peas up as well.

High prices were observed despite decline of export of Ukrainian peas in 2020/21 MY.

Export focus: from India to the EU

In 2020/21 MY, export of Ukrainian peas continues declining. Procurement activity of importers decreased as well (except some buyers).

Markets of Pakistan and Turkey: Ukraine vs Russia

If we speak about large target markets as Pakistan and Turkey, the volumes of peas deliveries from Ukraine are much lower then previous years. At the same time, the competition from Russia became more prominent. Which in general is not surprising, because while Ukraine cuts production, in Russia it remains quite stable (more then twice higher than the record Ukrainian crop) and in 2020/21 MY increased by 15.6% to 2.74 mln tonnes. Nevertheless, domestic consumption is limited and this figure in 2020/21MY remains at 1.7 mln tonnes, which is the same as in 2019/20 MY, when the consumption increased by 12.8%. But, export potential of Russian peas in the current season increased by 69% (!) to 0.95 mln tonnes.

Currently situation on the Ukrainian peas export market is rather pessimistic. Besides, on the domestic market there are no bright prospects…

On the other hand, in July-December around 60% of export potential was reached. This means, it is early to put an end to this crop. The same can be said about India, which despite everything remains a key market-maker in pulses sector. Therefore, the market remembered that only one temporary permission to import to this country led to price rise for peas by 50 USD/t per day.

Together with this, in the current season India is not likely to “shoot off”, especially considering the further decline of peas import estimates (by 4% to 2.1 mln tonnes according to IGC), whereas in 2017/18 MY it totaled 5.5 mln tonnes. At the same time, owing to improving of ASF situation and higher feed consumption, the import demand from China increased to the record 3.3 mln tonnes in the current season, and in general in the last two seasons purchases by China were higher than by India. According to IGC peas imports to China and India in 2018/19 MY totaled 2.45 and 1.78 mln tonnes, and in 2019/20 MY – 2.53 and 2.18 mln tonnes respectively.

Together with this, FAO experts believe that pulses are the crops of future owing to useful properties (low fat content and high content of fiber, protein and minerals) and availability for production and consuming. Besides pulses meeting all the requirements of vegetarianism and veganism and in Asian countries being consumed according to family traditions, they are the cheapest way to receive protein. Thus, there are reasons to believe that while world is in crisis, pulses will be in demand.

At the same time India is a large buyer with some “issues” and its government will always listen to local farmers and processors and will use taxes to regulate domestic market. This political scheme is unlikely to escape from and we need to adapt to it like Canada and Australia.

Ukraine has huge potential for work in this area but it needs to study market’s needs and offer more interesting products (if not ready product, at least semi-finished product). Because in order to be successful it is not enough to offer what you have, it is more important to offer what buyer needs.

It is notable, that India uses full peas for processing, whereas Malaysia, Indonesia, Sri-Lanka mostly use split peas and there are no import limitations and problems with duties.

In general, exporters have several options: either come to terms with market manipulation by India while continue increasing their presence on the other target markets, or invest in soybean processing. But this is in perspective, and soon we will see whether new price records will push farmers to increase planting areas under pulses. Making bets?