Seed Forum – 2021: everything starts with seeds

APK-Inform, the French National Federation of Maize and Sorghum Seed Production (F.N.P.S.M.S) and Seed Association of Ukraine once again gathered the leading experts of seed market, farmers and participants of grain and oilseed markets to discuss the prospects for the industry within Seed Forum-2021.

The tightening of quarantine restrictions resulted in transformation of Seed Forum in 2021. On December 2, the first stage – Seed Forum-2021 – took place online and brought together more than 200 representatives of seed and related businesses from almost 25 countries. The second stage – Seed Forum-2022 – will be held on February 14 in Kiev, where the conference participants will be able to communicate in person.

The main idea of Seed Forum-2021 was to familiarize market representatives not only with the technological features of the seed fund, but also to track the entire supply chain of seed.

Representative of the Ministry of Agrarian Policy and Food of Ukraine, Director of the Department of Agrarian Development Igor Vishtak noted that today the agricultural industry is the only one that demonstrates the growth of production and exports, fills the country's budget providing foreign exchange profit. He emphasized that the agricultural business is the most attractive for investments in Ukraine.

“The seed sector of Ukraine has a huge potential in terms of production and export. However, the share of seeds in foreign trade is still insignificant. Much has already been done for the development of the industry, but a number of tasks remains that must be solved in order to take a sizable place in the world seed market. We must build state policy in such a way as to ensure the appropriate image of our country as a guarantor of the fulfillment of relevant international obligations”, – I. Vishtak said. 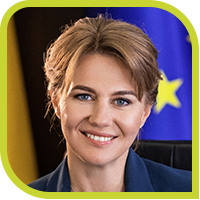 Vladyslava Magaletska, Head of the State Service on Food Safety and Consumer Protection, again pointed out the importance of increasing the export potential of Ukrainian seed. She noted that Ukraine had raised the export of seeds to the EU in 2021. Ukraine exported 1642 tonnes of seeds in January-October, up 2 times compared to the result of full 2020 (822 tonnes) and up 5 times compared to 2019 (321 tonnes).

“Opening of the European seeds market took long 10 years. The negotiation on recognition of correspondence of Ukrainian seeds to the requirements of the EU started in 2011. Today, we have all opportunities to benefit from the multiyear efforts of negotiators”, – she pointed out.

Corn seeds are the core of the export. Ukraine exported 1207 tonnes of corn seeds, 333 tonnes of wheat seeds, 52 tonnes of sunflower seeds and 50 tonnes of other seeds to the EU in in January-October 2021.

V. Magaletskaya added that the State Service on Food Safety and Consumer Protection plans to make changes and work on improving the existing national legislation in the field of state supervision in seed production and seedling, protection of rights to plant varieties. Changes in legislation will also affect the falsification of seed, which is a very painful topic for producers and the country as a whole. 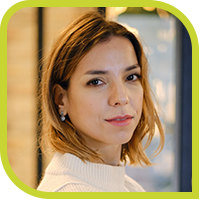 More detailed the possibilities of Ukraine in the export markets were described by Suzanna Grigorenko, executive director of the Seed Association of Ukraine (SAU). She reminded that a year had already passed since a rather significant event for Ukraine – the recognition of the equivalence of the Ukrainian seed certification system to the EU requirements. In October 2020, the final vote was held at the session of the European Parliament on the opening of the European market for the Ukrainian seed of corn and sorghum, which was undoubtedly a turning point in the development of not only the seed industry, but also the agricultural sector of Ukraine.

“As the official statistics show, we can already see a positive impact on the Ukrainian market. Indeed, over 10 months of this year, the export of Ukrainian seed to the EU doubled the volume shipped to Europe over the full 2020/21 MY. This is already the maximum export indicator in physical terms for our country”, – she said.

S. Grygorenko said that corn seeds are the base of Ukrainian export. Ukraine exported more than 1.2 thsd tonnes of corn seeds to the EU in January-October. The share of corn in the overall structure of seeds export amounted to 75%.

The same situation is observed in the segment of Ukrainian wheat seeds, which are purchased by developed countries such as the Czech Republic, Germany, Lithuania, Serbia. There is a request for sunflower seeds from French, Austrian and Hungarian colleagues.

“Sunflower is also quite promising crop for Ukraine, especially when it comes to seeds. Foreign companies together with their Ukrainian colleagues are actively developing this area. For this reason, in summer of 2021, SAU members appealed to the relevant ministries to support the request from Ukraine to the European Parliament on the recognition of the equivalence of Ukrainian seeds of oilseeds and sugar beet”, – S. Grigorenko explained. 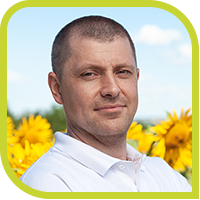 Along with growing exports, Ukraine continues decreasing a share of imported seeds of the major crops in the seeds fund.

“Ukraine imported 38.8 thsd tonnes of seeds in January-October 2021. There will be some imports through 2021. However, we can already see the decline of volume and decrease of the share of imported seeds in Ukrainian fund to 2%. In 2017-2019, this share was 3% and imported volumes amounted to 65-69 thsd tonnes”, – said Andriy Kupchenko, Head of Business projects unit at APK-Inform.

“It happened despite the consolidation of planted areas under corn and sunflower in Ukraine that raises the demand for seeds of these crops. Ukraine planed the record 6.5 mln ha with sunflower in 2021”, – A. Kupchenko said.

He added that the main factors influencing the development of seeds segment of Ukraine include climate changes requiring a wide range of adapted varieties. Localization of seeds production allows Ukraine restoring its export potential. 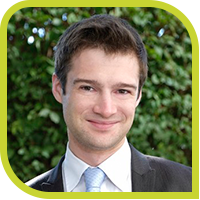 Representatives of the French National Federation of Maize and Sorghum Seed Production (F.N.P.S.M.S) spoke about the European market for corn and sorghum seeds.

An average area under corn hybrids seeds totaled 268 thsd ha in Europe in the recent 3 years, declared Pierre Guillaumin, Head of economy department at F.N.P.S.M.S. He said that 1 ha of seeds allowed to plant 120 ha with corn for grain and silos.

“In 2019-2021, the average area under corn seeds totaled 169 thsd ha in the EU. The biggest areas were located in France – 78 thsd ha, Hungary – 30.5 thsd ha and Romania – 28 thsd ha. Moreover, about 99 thsd ha were allocated for corn seeds production in Europe outside the EU. Ukraine is on the leading position with 33 thsd ha determined for corn seeds”, – the expert said.

He said that France was the largest European producers of corn seeds. It produces 16 mln seed units of corn hybrids and export 60% of this volume. Countries of Western Europe are the main destinations for French corn seeds. 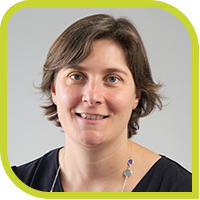 Valérie Brochet, director at F.N.P.S.M.S. said that more than 2 000 varieties with high quality parameters of corn were produced on average in France every year. The area under seeds is significantly higher than in other large European producing countries.

«Generally, France has a number of advantages allowing it to be the leader on the global market», – the expert said.

Among these advantages, she pointed out a relatively attractive level of income, predictable income that can be forecast on the basis of clear parameters, long-term viability for small farms, interesting technical aspects, support for technical and economic advice through professional associations, seed companies and the inter-branch organization as well as a well-structured sector and a short growth cycle for swift turnover of land.

Additionally, the expert pointed out experienced farmers and seed-growers, production according to strict specifications, technical monitoring throughout all stages of production and steady yield. 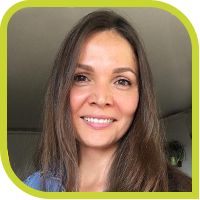 Tatiana Dimitriadi, Strategic marketing & portfolio development manager Hybrid Wheat with BASF, EMEA made a presentation on innovative solutions for wheat selection. The expert pointed out the need to raise the yield of wheat in the world due to the expected growth of demand.

“In coming decades, the world population will grow by 2 bln of people. It will require the increase of wheat supply by more than 50%. Yield had been growing by about 3% annually from 1960s to 1980s, but this surplus declined to less than half that rate in the last 30 years. Now, we need to sustainable growth of wheat yield”, – T. Dimitriadi explained.

Apart from the population growth, the expert specified such challenges as climate changes, limitations in arable land, growing middle class that provides for high demand for calories and protein rich diet, healthy and sustainable food.

“The necessity to double wheat production efficiency requires the use of hybrids. BASF is developing Ideltis hybrid basing on the cross-pollination of two distinct parents. This incorporates genetic elements from both parents, for example different disease resistance genes, brings yield benefits, and nutrient use efficiency. This hybrid has stronger emergence, better stress adaptation, more consistent yields and quality for enhanced profitability”, – said T. Dimitriadi pointing the importance of recent advancements in the sequencing of the wheat genome for developing of this hybrid. – “New genotyping and phenotyping technology along with molecular breeding techniques are enabling commercially viable production systems for hybrid wheat”. 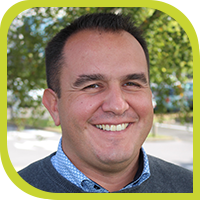 Cedric Poeydomenge, Communication leader in charge of brand strategy with LIDEA agreed with the importance of breeding new hybrids in a rapidly developing and growing agricultural market.

“The trends in the selection of new varieties of corn are directly related to the needs of farmers. It takes 10-15 years to improve crops and develop a new variety. Therefore, we need to have stable relationships with farmers and know their requirements for seeds”, – the expert noted.

As the speaker noted, it is typical and very important for the Ukrainian market to have seeds that are resistant to low temperatures as well as dry weather conditions. Moreover, corn should be disease resistant throughout the entire development cycle. 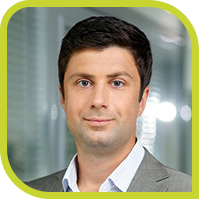 Igor Ermolaev, Purchasing Director with Harveast, a company engaged in the cultivation of both commercial agricultural products and seeds, shared his experience in the formation of the agricultural holding's seed fund.

“Harveast began to produce seeds in 2017. 100 hectares had been allocated for the cultivation of seeds. This area is increasing every year. I can note that the development of seed production is closely related to melioration. Now we have 1.7 thsd ha under irrigation, including 1.2 thsd ha for corn and sunflower seeds”, – he said.

The company built its seed plant to prepare fully grain and oilseed seedы for its own needs. In addition, Harveast has made mass investments in weather stations, drones, humidity sensors and other innovative solutions to maximize efficiency.

“Today the colleagues from France shared their results. We see that France has a stable result – 3-3.5 tonnes of corn seeds per hectare. Ukraine is rapidly moving towards this level. We do not see any problems in achieving the same result”, – I. Ermolaev is sure.

He stressed that 5 years ago, Ukrainian farms, agricultural companies and holdings preferred to import seeds believing in their quality. Today, they are generally more interested in buying Ukrainian seeds.

The presentation of each speaker of Seed Forum-2021 was expert and highly specialized. All participants see the huge potential for the development of the Ukrainian seed sector. After all, as the chairman of the board of SAU Viktor Karbivsky said, "everything starts with seeds."

Join the professional dialogue about the prospects of seed market on February 14, 2022 at Seed Forum–2022.