In memory of Oleksiy Vadaturskyy 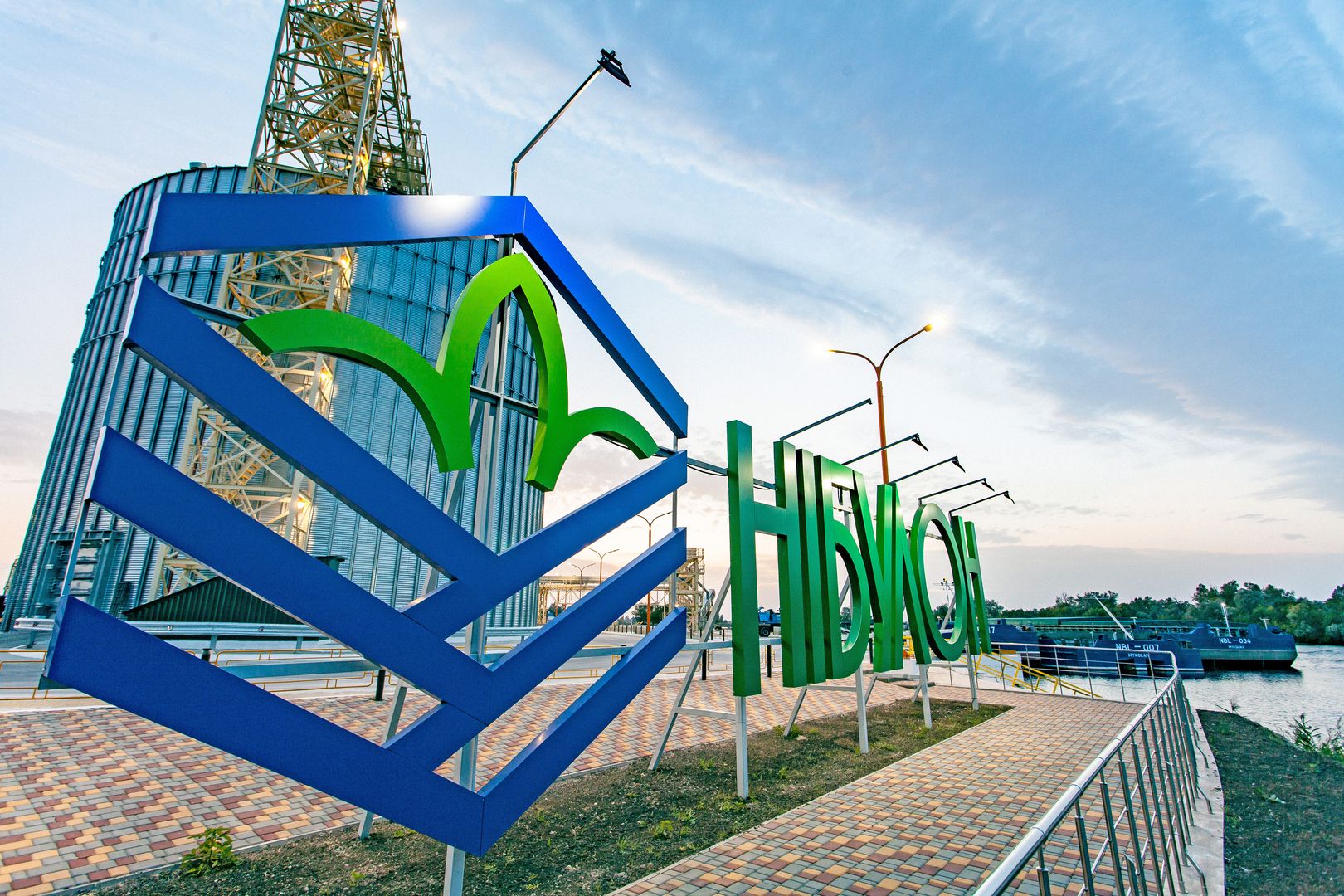 The entire agricultural community of Ukraine mourns a terrible and unjust loss – the Hero of Ukraine, a titan of the Ukrainian agricultural sector, a strong and courageous man, a professional in his field, Oleksiy Vadaturskyy was killed by a Russian rocket. 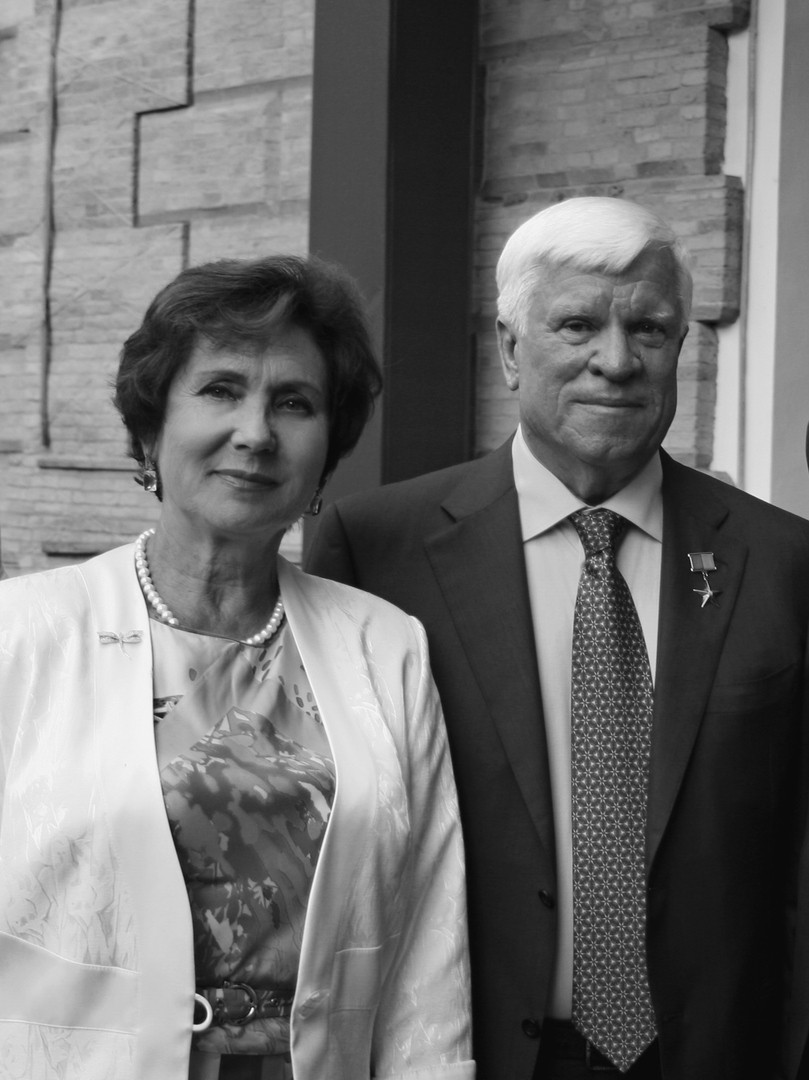 More than 30 years ago, in 1991, when Ukraine gained its independence, the joint Ukrainian-Hungarian-English agricultural enterprise NIBULON was created under the leadership of O. Vadaturskyy.

The company’s name NIBULON consists of the first letters of the founders’ cities: Nikolaev, Budapest, London.

NIBULON’s basic activity was to produce and sell hybrid corn and sunflower seeds of foreign origin. Today, NIBULON is one of the largest exporters of Ukrainian agricultural products to the world market.

NIBULON’s shipping company was established in 2009 when the company started to implement its patriotic investment program to revive the Dnipro and other rivers as transport navigable arteries of Ukraine. The company is one of the domestic leaders in the tonnage expansion and harbor fleet renewal. NIBULON’s fleet comprises 81 vessels. O. Vadaturskyy will forever remain the Admiral of the Dnipro. 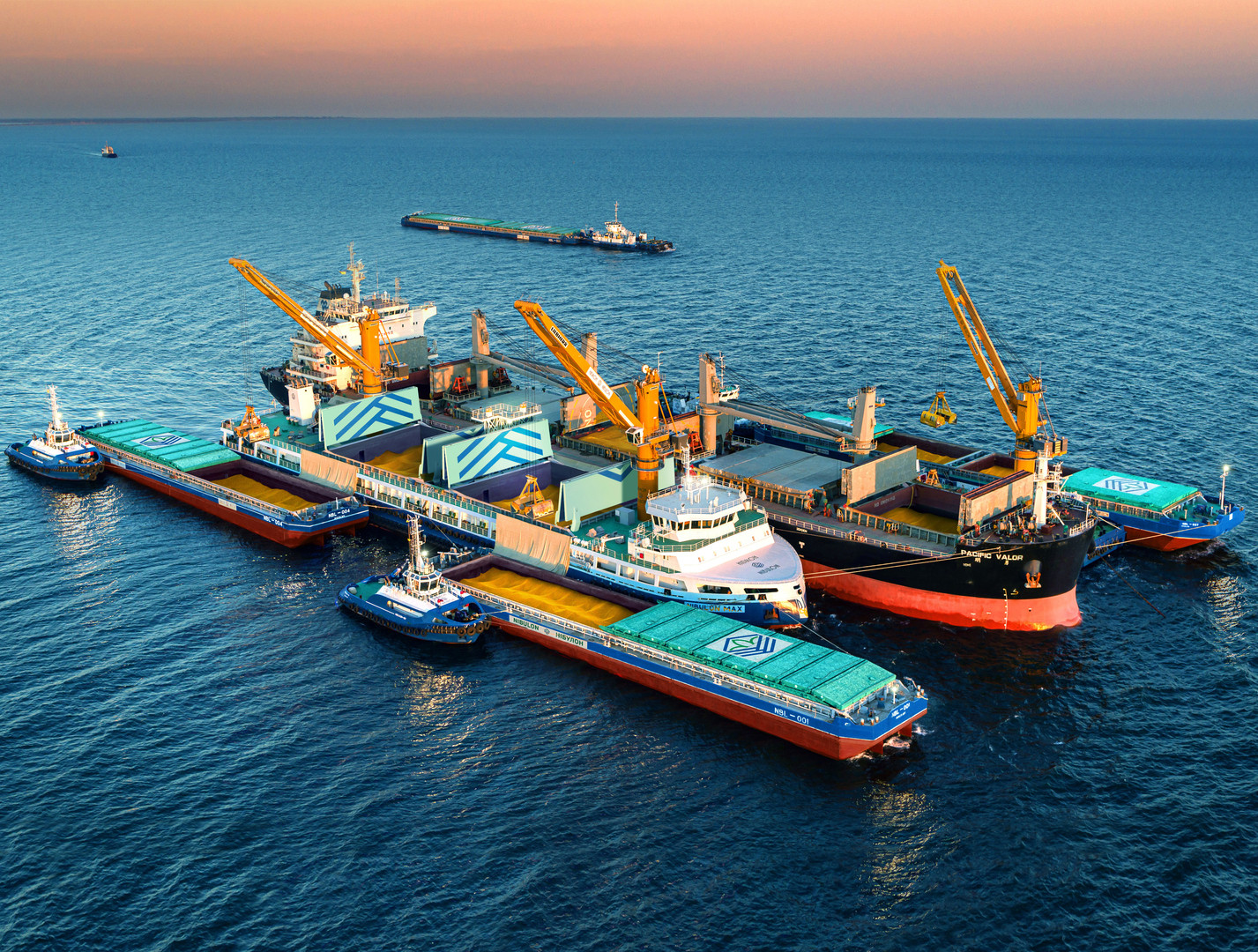 In 30 years of its activities, NIBULON has created a unique grain logistics infrastructure in Ukraine, consisting of transshipment terminals and complexes for grain and oilseeds receipt, storage and shipment, a high-capacity fleet, and production branches located across Ukraine. Before the war started, the company's facilities have operated in most regions of our country.

In 2009, NIBULON started implementing its investment project to revive the Dnipro and the Southern Buh Rivers as transport waterways of Ukraine. As part of this project, the company has built 18 elevator complexes and transshipment terminals in various regions of Ukraine. Before was, the company’s network consisted of 27 transshipment terminals and complexes for grain and oilseeds receipt, storage and shipment, namely 445 silos to store grain, which is the largest number in Ukraine. 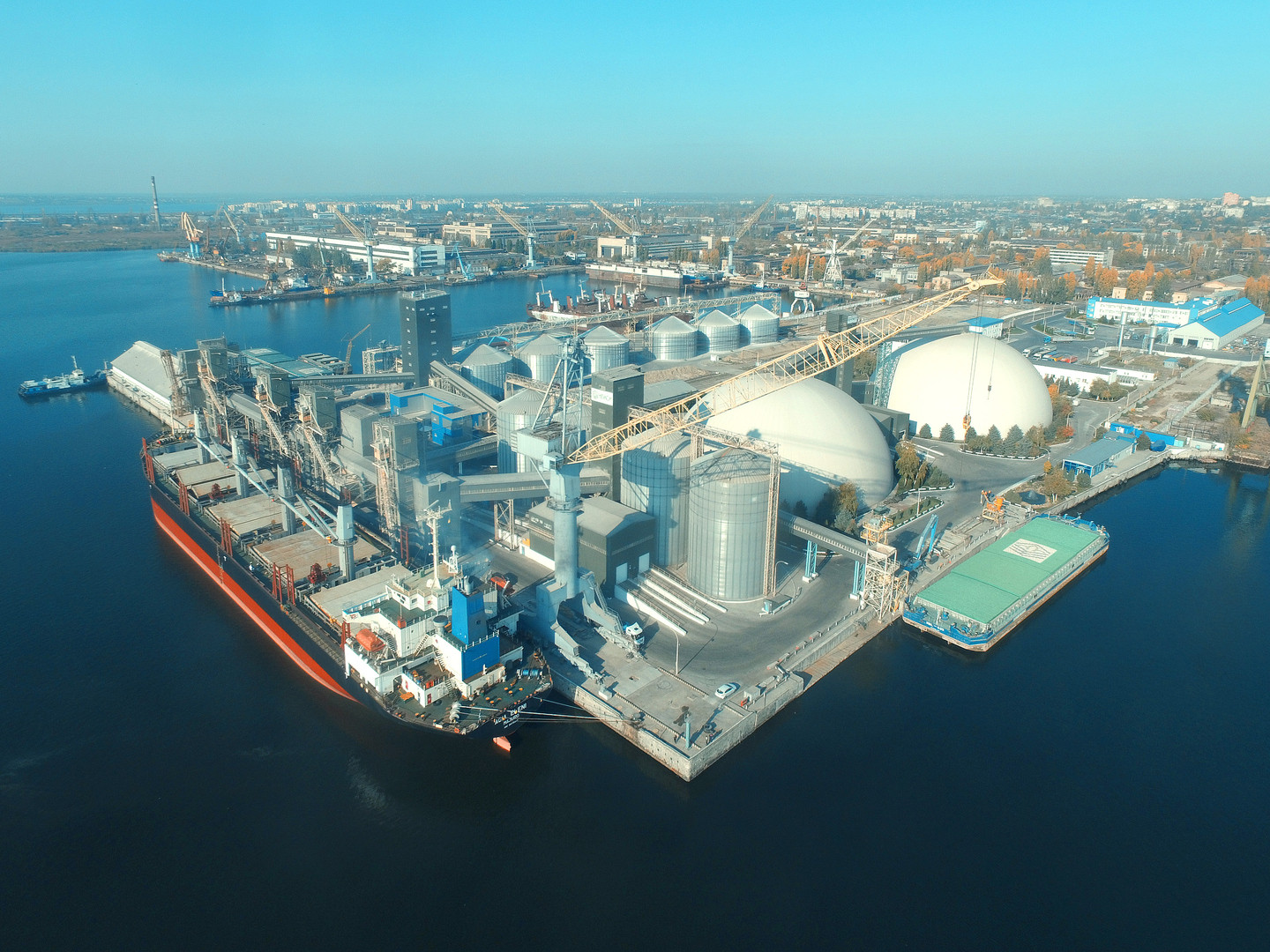 NIBULON’s transshipment terminal for shipment of grain and oilseeds (Mykolaiv) is unique not only in Ukraine but also in Europe. The transshipment terminal was acknowledged as Ukraine’s best industrial facility constructed and put into operation in 2004. In June 2008, by the Ukraine President’s Decree No. 569/2008 entitled “The Award of the State Prizes of Ukraine in Architecture of 2008”, the team headed by Oleksiy Vadaturskyy received the Ukrainian State Prize for Architecture.

NIBULON is the leader of the agricultural market not only in Ukraine, but also in the Black Sea region. The company has a significant share in the Ukrainian export of most of grain and oilseeds. Thanks to the activities of the company, which created a unique logistics system, Ukraine is known worldwide as a supplier of high-quality grain.

In the 2020/21 MY, NIBULON exported 4.6 mln tonnes of Ukrainian grain. The last five years have been the best in the company’s history.

NIBULON created a unique grain infrastructure that has no analogues in Ukraine. It is an extensive network of automated transshipment terminals and elevators which using high quality equipment from the world’s leading manufacturers store and bring to the necessary basic conditions the produce. The ability of simultaneous storage of grain amounts to 2.25 mln tonnes and is the biggest in the country. The company has its own high-precision laboratories, modern fleet, powerful railway and road transport. All the elements of the whole system thanks to professional team always work harmoniously and allow the company to fulfill even the strictest requirements of partners. This made NIBULON and Ukraine well known all over the world as a reliable supplier of high-quality grain. 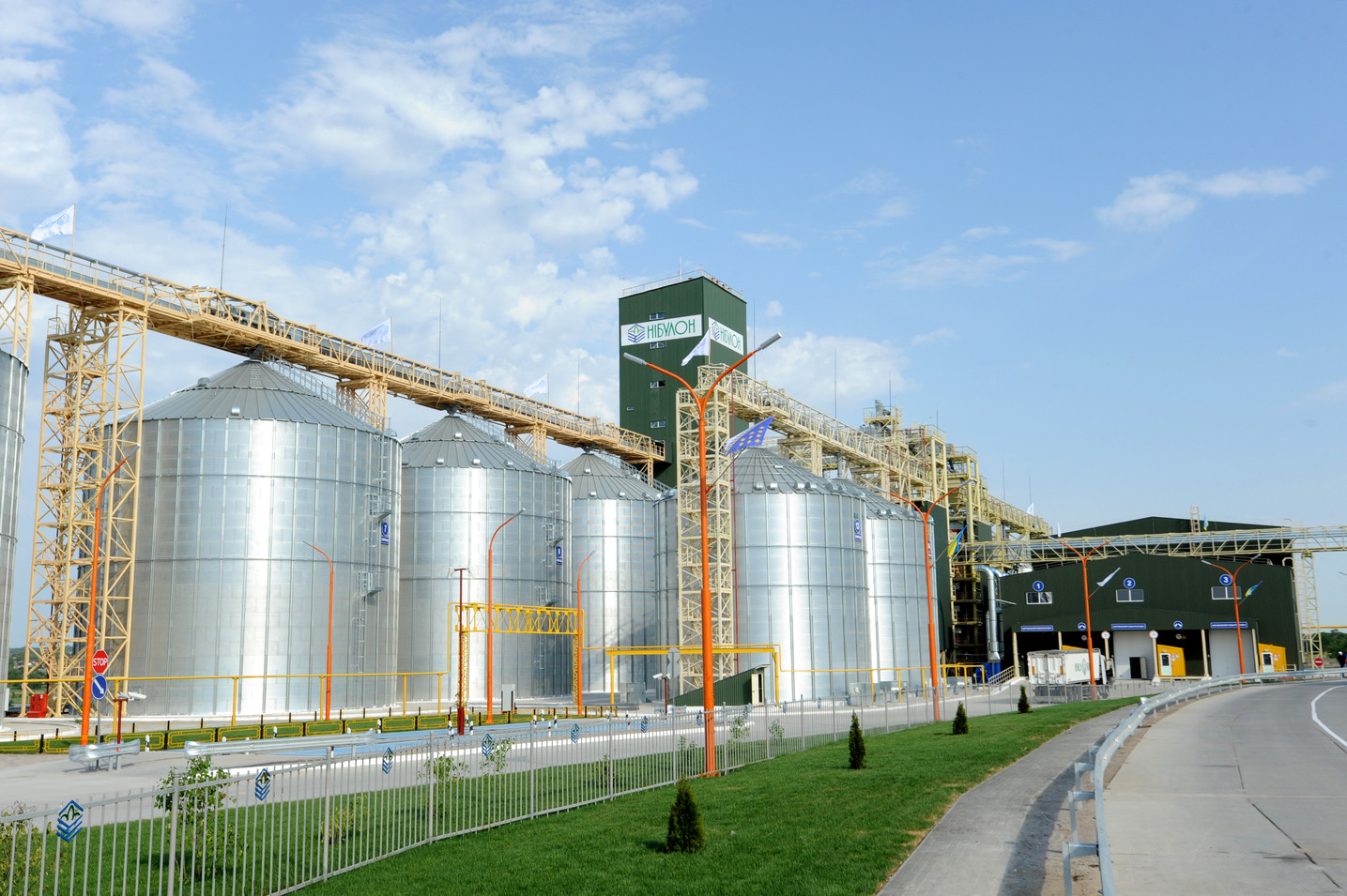 It should also be noted the increase in the volume of river freight transport to optimize the domestic logistics as a separate steps aimed at the rise of competitiveness of Ukrainian agriproducts on the global market. In 2020/21 MY NIBULON shipping company transported through the internal waters of Ukraine more than 4.3 mln tonnes of cargo which is 11% more than in 2019/20 MY. The increase of cargo shipment was due to the own fleet operation (NIBULON MAX 140-m self-propelled floating crane, T410 project harbor pusher tugs, non-self-propelled B1500 project vessels), which were built on NIBULON Shipbuilding and ship repair yard, and due to optimization of barge-towing caravans (3-4 non-self-propelled vessels with one tug, conducting caravans in the winter period of the Southern Bug River).

Exports dynamics of the NIBULON group of companies, tonnes

Company exports grain to more than 75 countries around the world. In 2020/21 MY the export geography included 29 countries, of which 8 countries of the EU: Spain, France, Germany, Portugal, Belgium, Great Britain, Netherlands, Bulgaria. From 2008 NIBULON cooperates with the UN World Food Program (WFP). Thanks to the company Pakistan, Ethiopia, Bangladesh, Kenia, Mauritania, Yemen and other countries suffering from hunger  received high-quality agriproducts.

On December 6 of 2017 an important event took place in Cairo (Egypt) regarding the preservation of global food security. FAO and NIBULON signed a Memorandum on Cooperation to improve Egypt’s food security and the efficiency of Egyptian companies involved in grin production, storage and transportation. 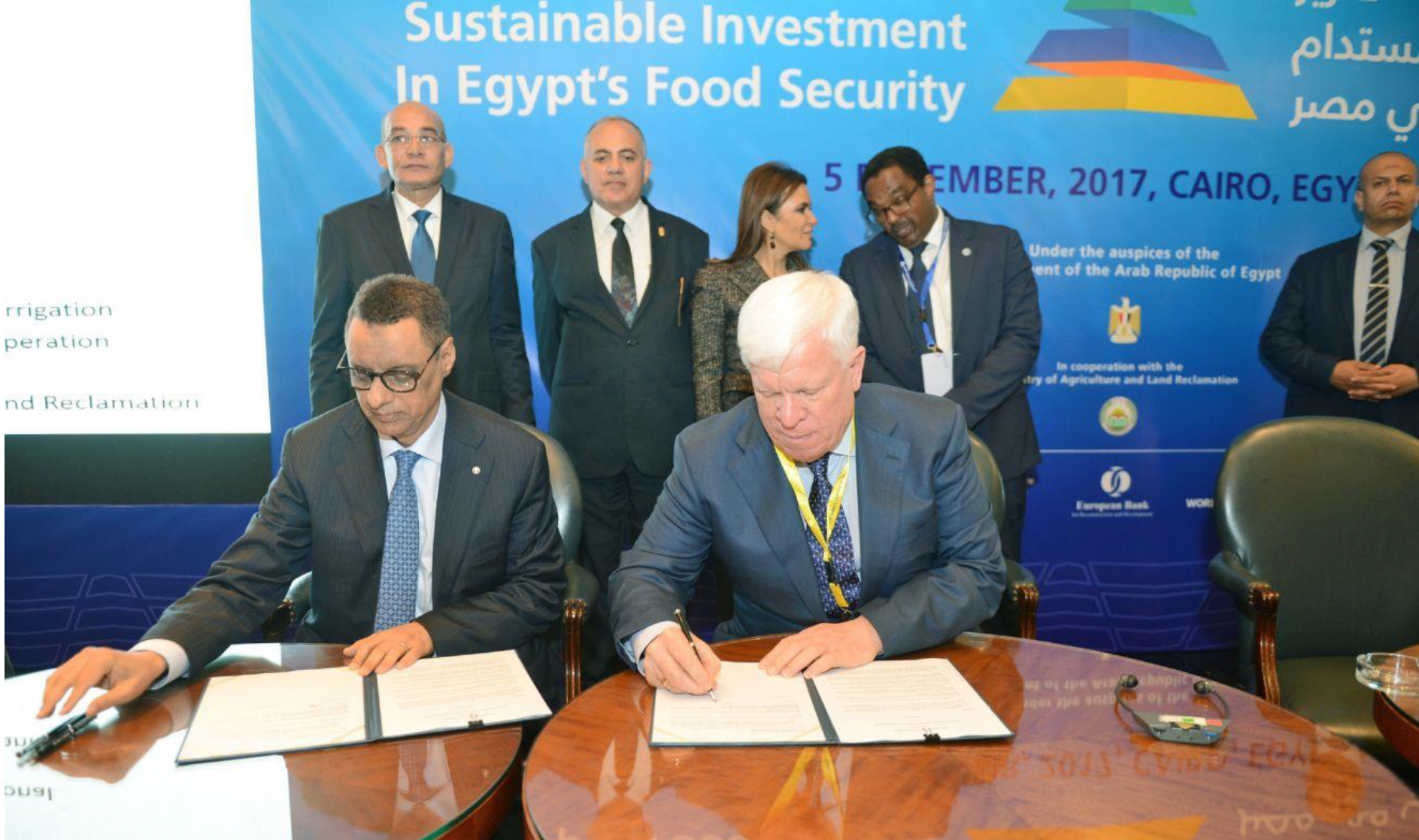 Before the war the company cultivated 77 thsd ha of agricultural land in 10 regions of Ukraine. The quality of the products meet the strictest requirements of both Ukrainian and foreign consumers. 95% of the total production  of agriproducts traditionally consisted of high-quality food grain.

In 2021 production volume of agriproducts reach around 334 thsd tonnes. This is one of the best results in recent years. The main results of 2021 were the record yield of winter crops – 46.2 ts/ha and the best sunflower seeds production – 51.1 thsd tonnes. And this is taking nto account the fact that the company is cultivating the crops not only in the north, where the weather conditions usually help to receive high yields, but also in the southern and eastern regions with mainly dry weather conditions.

All of Ukraine is waiting for victory, after which all lost lands will be returned to their right owners. Wheat will sprout again on them and sunflower will bloom, the harvest and processing products of which will continue to feed the whole world.

We wish NIBULON company to prosper! And we will always deeply miss its founder – Oleksiy Vadaturskyy.

EU increased imports of Kazakh oilseeds in 2021/22 MY

Economics, trade, logistics in focus of the first day of Asia Grains&Oils Conference in Qazaqstan 2022