Grain&Maritime Days in Istanbul 2022: on the other side of the Black Sea, but with Ukraine in the heart

On May 25, the international agro-industrial conference Grain&Maritime Days took place. It has been uniting participants of the grain and maritime business for more than 20 years. This year, APK-Inform and Interlegal moved the conference from the Ukrainian pearl city of Odessa to the opposite shore of the Black Sea – to Turkey.

Kazakh logistic company Astyk Trans was an exclusive sponsor of the conference. Chinese company Dingsheng that produces equipment for fat-and-oil industry sponsored the event too.

More than 180 representatives of grain, oilseed, maritime and related businesses from about 20 countries took part in the conference.

After quite difficult 2020 and 2021, the year of 2022 became a year of dramatic changes in the global food and grain market, primarily as a result of Russia's military invasion of Ukraine. The war in Ukraine has affected all sectors of the global economy, including energy, finance, agriculture, logistics, etc. The reduction in export supplies and the disruption of supply chains have jeopardized food security in countries most dependent on Black Sea grain imports. According to analysts, more than 400 million people in the world depend on grain supplies from Ukraine alone. And the risks Ukraine faced during the 2022/23 sowing campaign further increase the tension on the global market.

The situation in Ukraine has launched a flywheel of global transformations in world trade, logistics, Black Sea shipping as well as in financial, legal and insurance fields. The most burning issues of global trade in grain and logistics were discussed within two market and one maritime sessions. 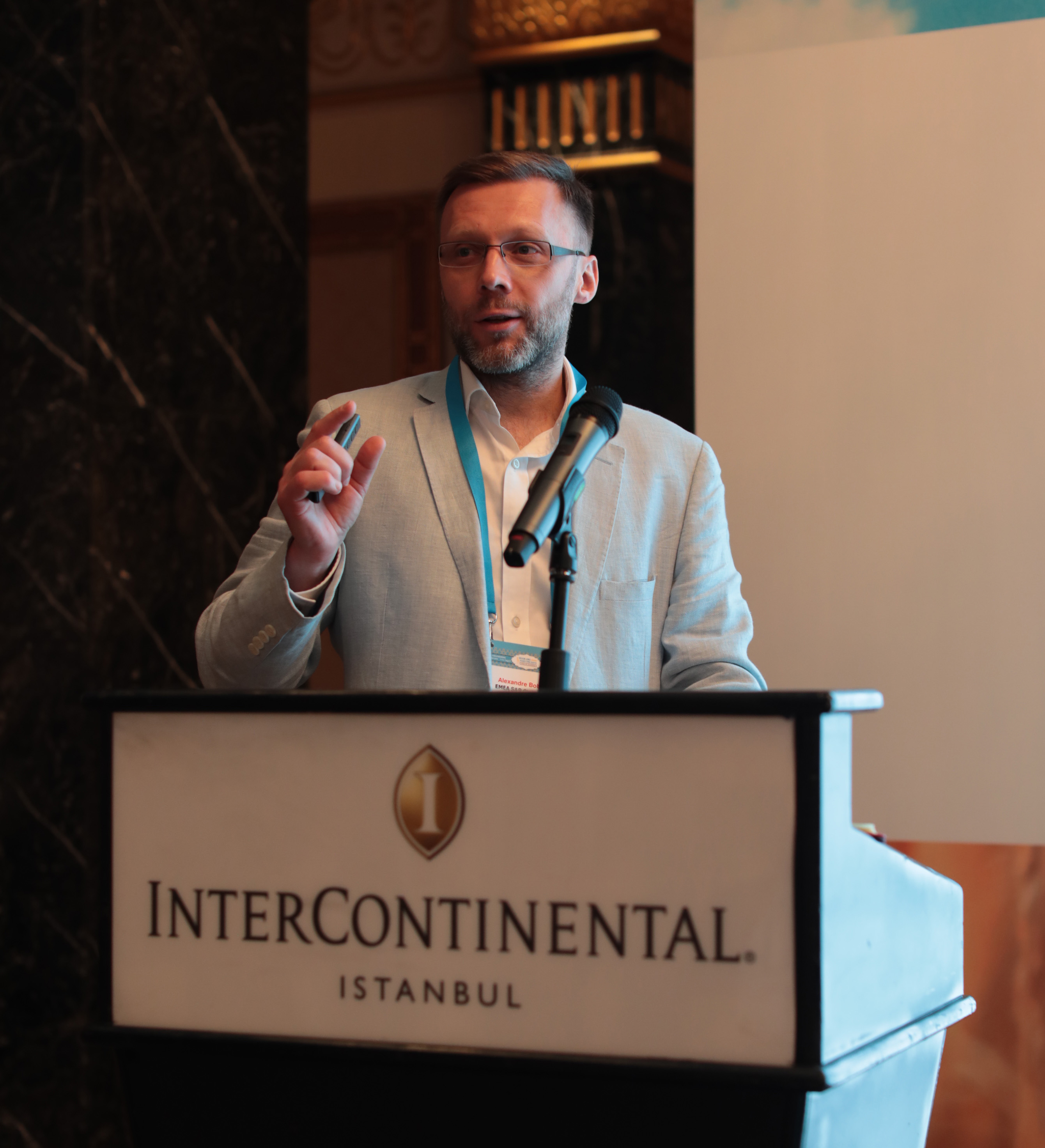 Huseyin Arslan, President of the Global Pulse Confederation presented the global market of pulses. He said that the word production of pulses would grow in 2022, as the output of all key crops would increase. Particularly, chickpeas production may reach 17 mln tonnes on stronger output in India up to 13 mln tonnes. Lentil crop will amount to 6.3 mln tonnes with Canada restoring its production up to 2.2-2.3 mln tonnes. Peas crop may reach 12.1 mln tonnes, up from 10 mln tonnes in 2021. Beans crop may stay unchanged at about 21.5 mln tonnes. 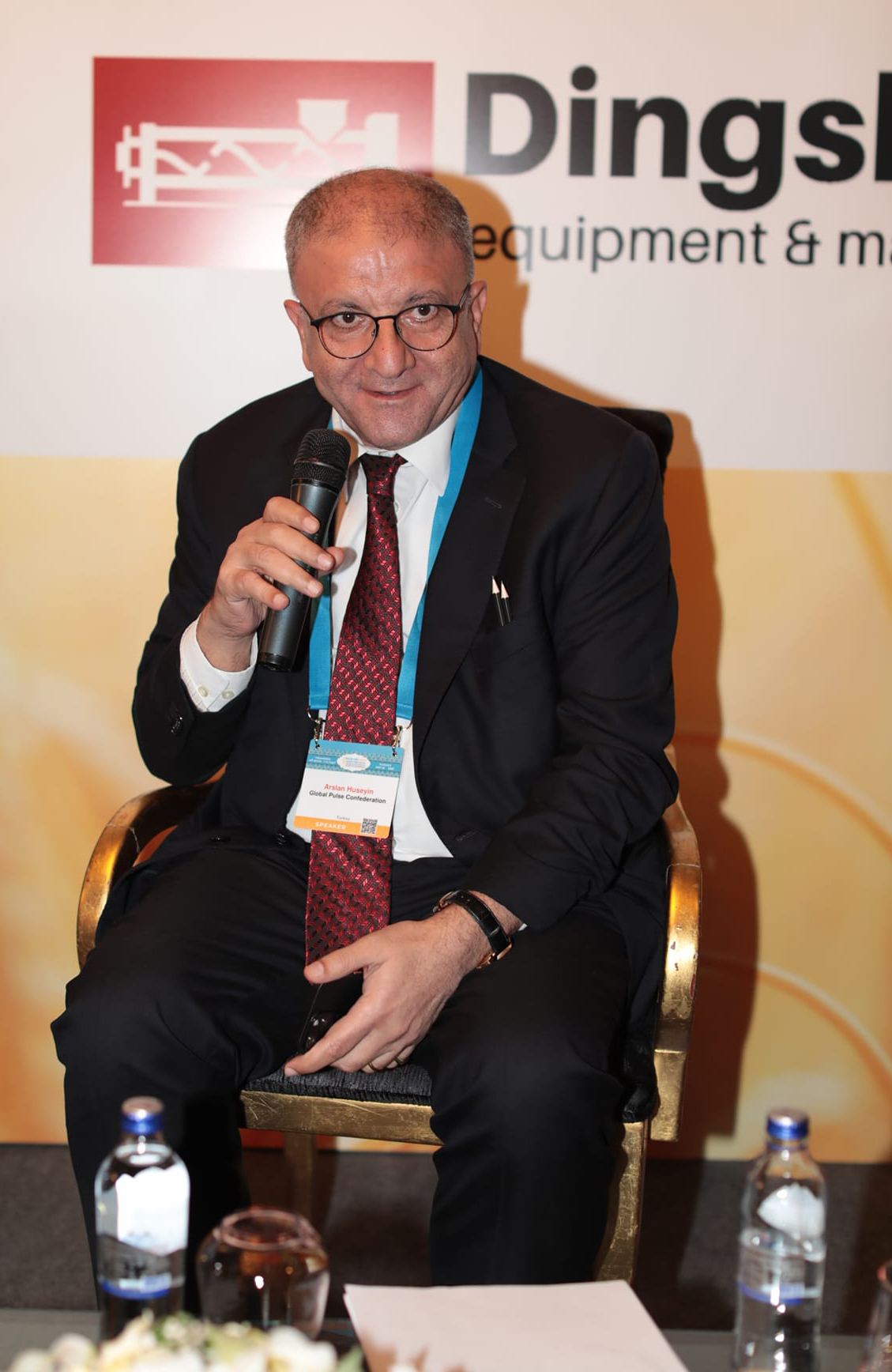 Oleksandr Perekhozhuk (Leibniz Institute of Agricultural Development in Transition Economies (IAMO) spoke about food price formation in the new reality of the world trade. He presented the results of different econometric models and approaches used to study competition in global wheat trade. The models revealed significant statistics proves of price discrimination and market power of such wheat exporting countries as the USA, Canada, Australia and Russia. 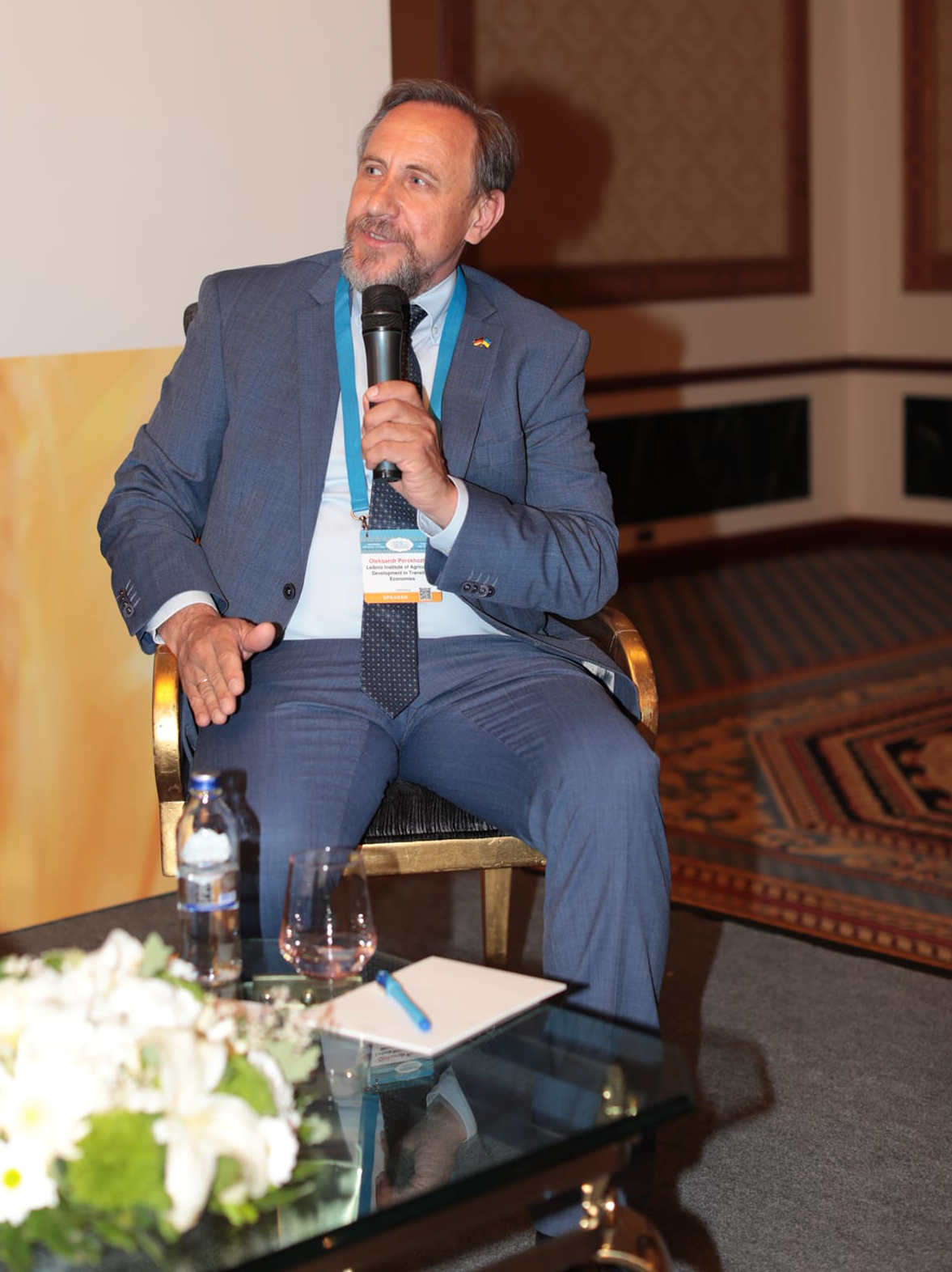 The second session covered Turkey and Kazakhstan on the world grain and oilseeds market.

Sanzhar Elubaev, President of Astyk Trans told participants about new logistic routes for development of Kazakh export potential. He supposed that there was a need to find new approaches to logistics issues due to the current geopolitical situation and sanctions’ pressure. Kazakhstan is the largest country without an access to sea. So, the optimization and creation of new logistic routes for Kazakh products have high priority. 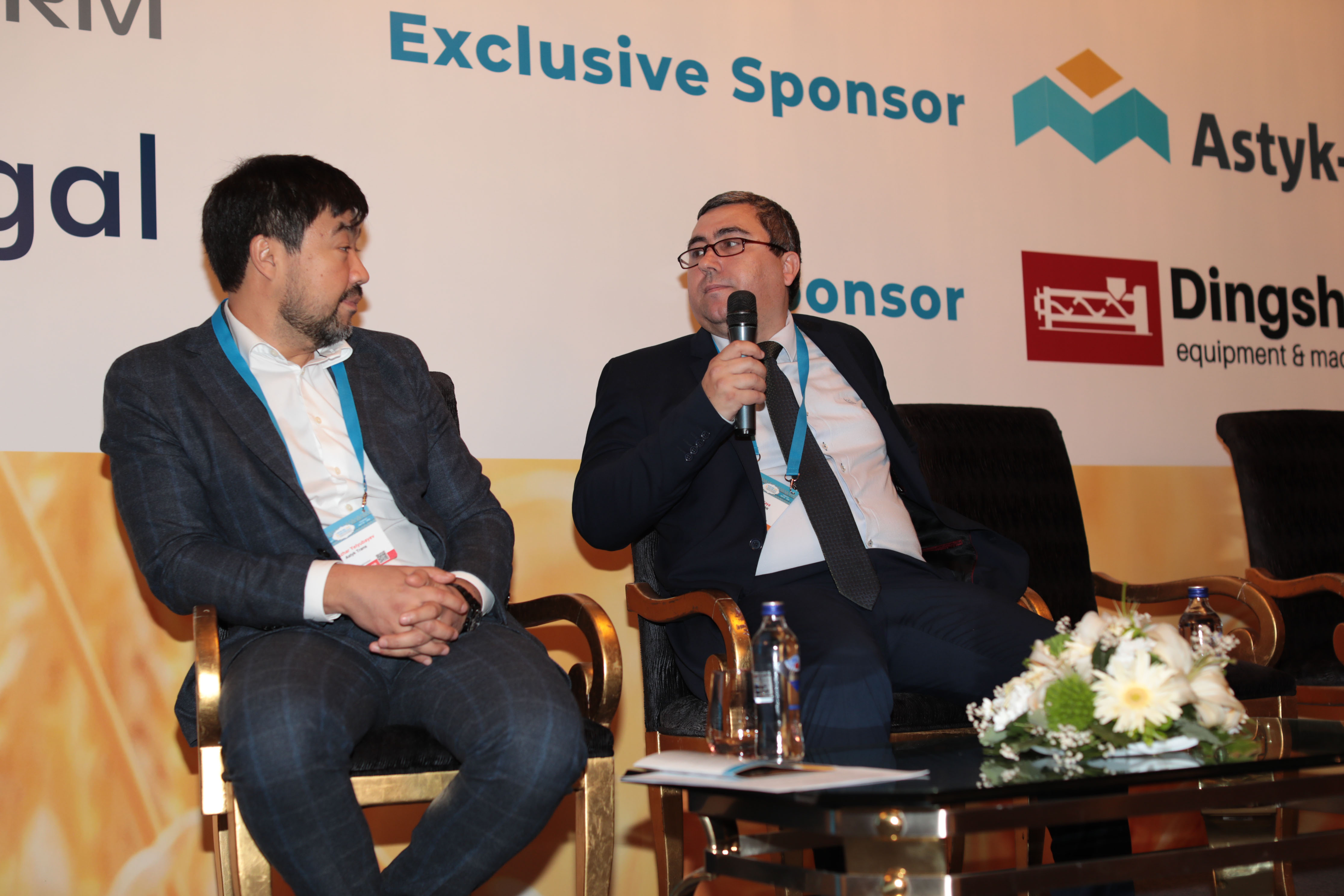 Generally, prospects of agricultural cooperation between Turkey and Central Asia countries was covered by Alisher Makhmudov, General Director of Central Asia Trade House. He said that Uzbek fat-and-oil enterprises produced 60 types and more than 200 products. In particular, the country annually produces more than 320 thsd tonnes of vegetable oils, including deodorized cottonseed oil, sunflower oil, soybean oil, safflower oil, etc. A. Makhmudov noted that the production capacity of Uzbek oil plants was not fully loaded due to the lack of feedstock, and he invited the conference participants to cooperate. 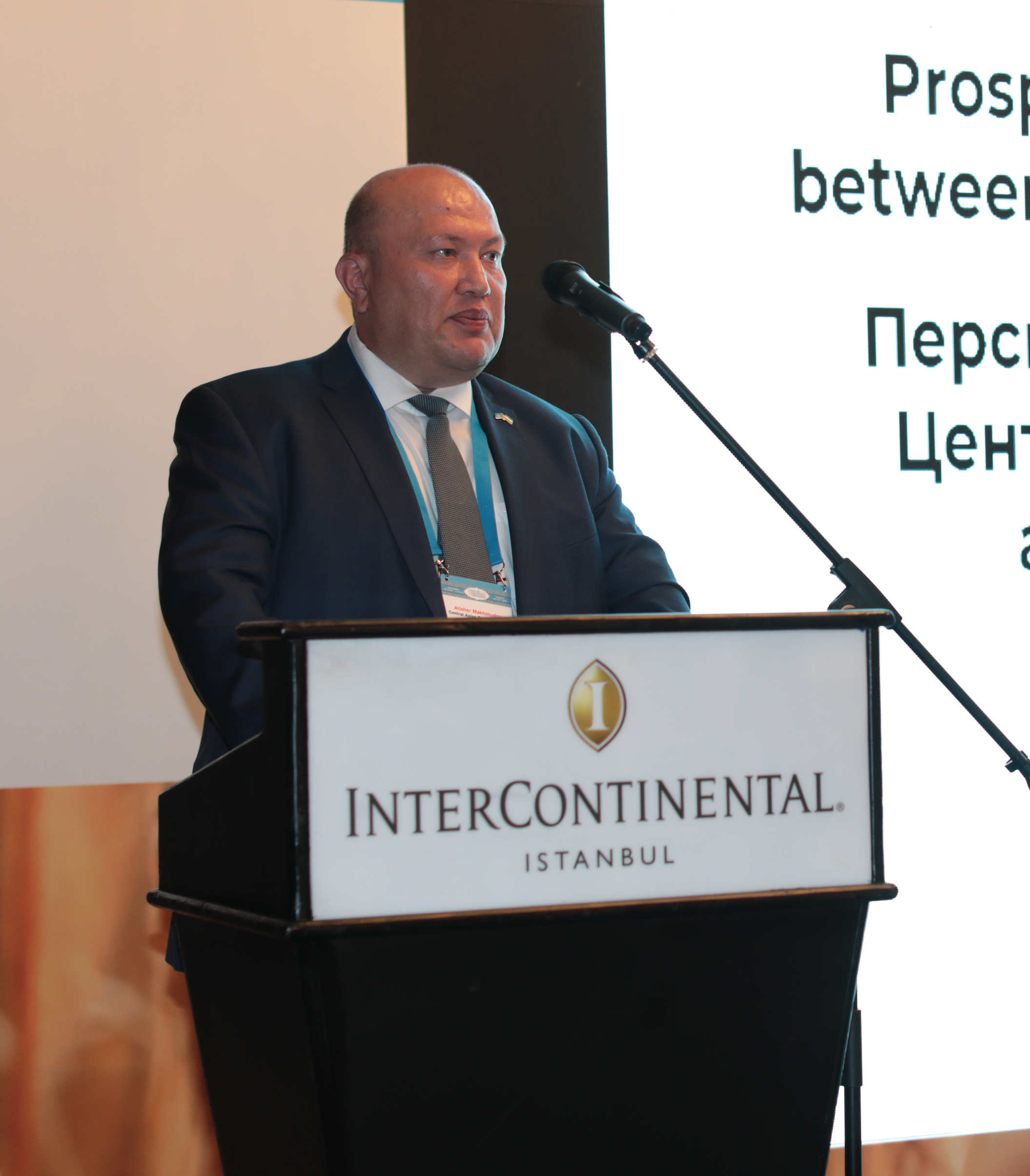 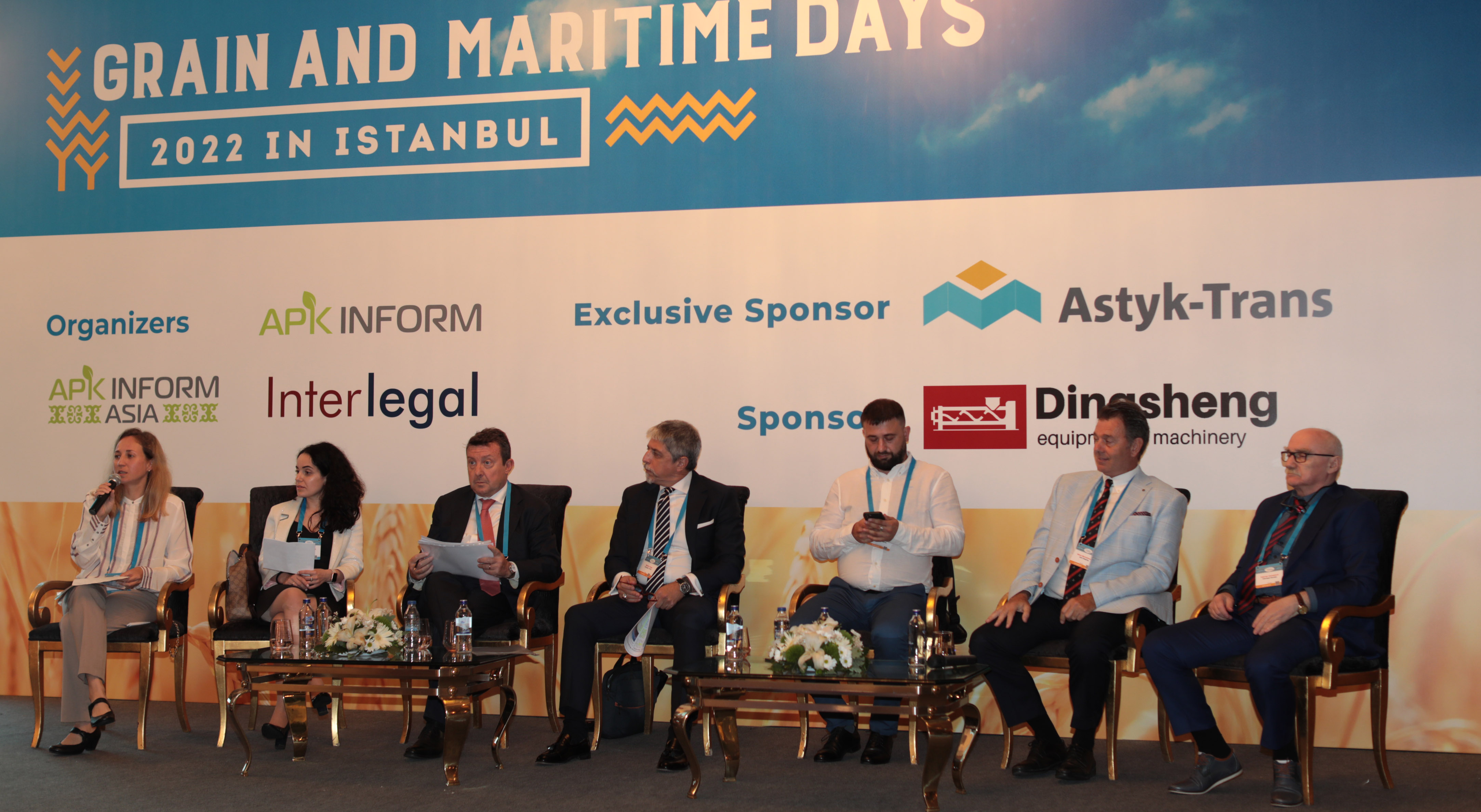 In particular, the experts reviewed the Black Sea transportation and freight market, discussed changes in supply chains, sanctions and their impact on regional logistics. Experts also paid attention to security in the Black Sea region. Separate focus was placed on Turkey, namely on its neutral status, less traffic in the Bosphorus and the future prospects of a new channel. 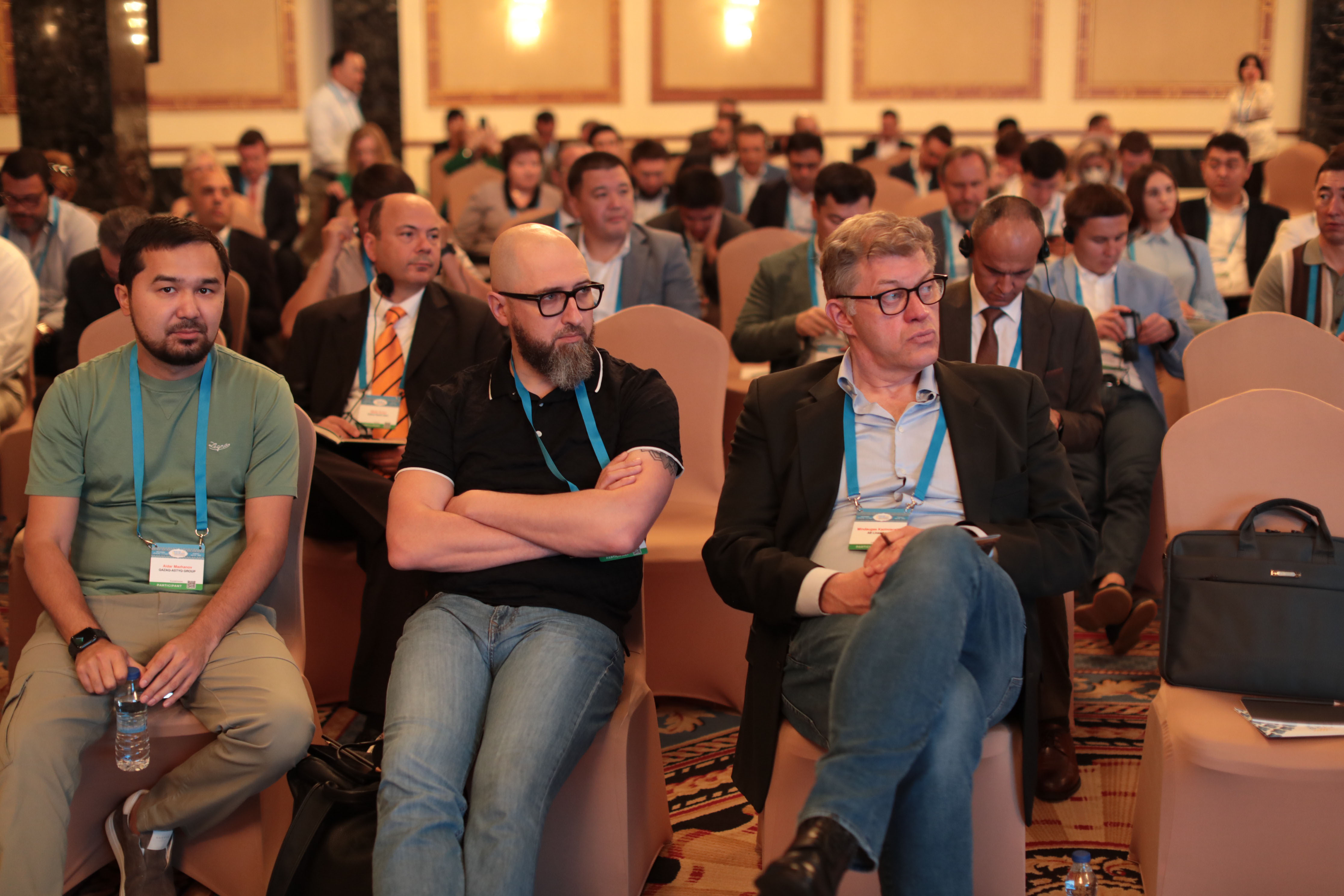 For the first time, the long-awaited conference Grain&Maritime Days was held not in Ukraine. However, the organizing committee of APK-Inform and Interlegal notes that albeit on the other side of the Black Sea, but with Ukraine in the heart.

We are grateful to all partners, sponsors and participants for being a part of Grain&Maritime Days in Istanbul 2022. The next meeting should take place traditionally in Odessa – a favorite Ukrainian pearl by the sea. Everything will be Ukraine!

Grain export from Ukraine is a problem of TOP priority – Solsky

Traders may start exporting Ukrainian grain via the Danube