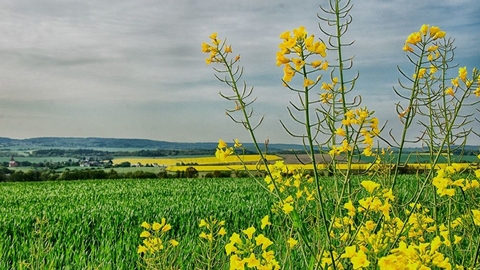 As of August 2, all categories of Ukrainian agricultural households harvested peas throughout the areas of 258 thsd ha, or 98% of the forecast, with the average yield of 2.28 t/ha, and produced 590 thsd tonnes of the crop. Also, the production volumes of rapeseed totaled 3 mln tonnes. The oilseed harvested areas reached 1.2 mln ha (98%), and its average yield — 2.45 t/ha, declared the Ministry of Agrarian Policy and Food of Ukraine.

Ukraine: wheat and barley shares covered 74% and 24% of the general harvest of early grains, respectively — APK-Inform