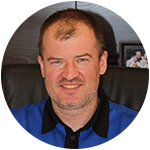 The export of Kazakh wheat will be the lowest in 4 seasons, while the carry-over stocks will reach the maximum on narrowing of the export geography. Besides, Kazakhstan runs risk to lose its markets, declared Alexander Malov, general director of VKZ-Agro LLP, head of Trade committee of Kazakh Grain Union within Asia Grains&Oils Conference in Qazaqstan on November 17.

A. Malov said the import of Russian wheat to Kazakhstan would reach 1.4 mln tonnes. This amount can vary slightly depending on different factors.

“The overall supply of wheat to make about 13.5 mln tonnes, the domestic consumption will be slightly less than 6 mln tonnes. The export of wheat and flour will decline to 6.3 mln tonnes, the lowest in the recent years. Probably, there is a potential to raise the export, as the carry-over stocks will be the record high at 1.3 mln tonnes. This figure is based on the lower number of sales markets for Kazakh wheat. If we continue the restriction policy, our main task is to save our current export destinations”, - the export explained.

Today, Kazakhstan has three key markets for its wheat – Uzbekistan, Tajikistan and Afghanistan. These markets will be enough to sell the Kazakh export potential, as the average supply to these countries was about 6 mln tonnes in the last 5 years.

“Supplies to Afghanistan is stabilizing step by step. The country returns to the market and buys grain and flour. At the same time, the export to China remains complicated. More than 2000 hoppers are still accumulated at the border”, - A. Malov added.