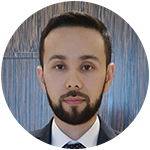 According to the National Association of Oilseeds Processors of Kazakhstan, the country will produce 618-620 thsd tonnes of oilseed meals and cakes in 2021/22 MY, declared Yadykar Ibragimov, Chairman of the association within Asia Grains Oils Conferance in Qazaqstan.

Meals/cakes consumption totals about 2 mln tonnes in the Central Asia. The deficit is higher than 250 thsd tonnes, as some countries of the region do not cultivate the sufficient volumes of sunflower seed and soybean.